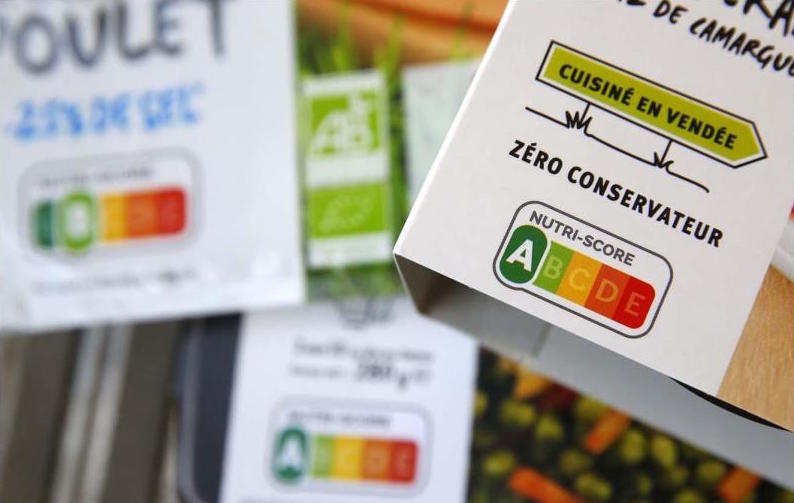 On October 31, 2017, the French government signed a decree recognizing the use of the NutriScore label in France. This front-of-pack label classifies foods and beverages according to five categories of nutritional value and quality that are indicated by a color scale ranging from dark green (grade A) to dark red (grade E). Products designated grade A (dark green) have the best nutritional quality while products graded E (dark red) have poor nutritional quality. While the label is voluntary and manufacturers and retailers do not have to use it, it is the only labeling scheme to have official government recognition in France. The NutriScore label therefore serves as a transparent, independent and evidence-based tool for consumers to trust, and may aid in the prevention of diet-related chronic diseases. To date, six major manufacturers and retailers have made a commitment to using NutriScore labeling on their products.

On January 26, 2016, the French Ministry of Health introduced Article 5 of the Health Act, recommending that a nutrition labeling system be introduced.

Four different types of nutrition labels were put on trial in 80 supermarkets. The NutriScore System was found to be the most consumer-friendly and, in September 2016, it was decided that this was the system the government would recommend. The European Commission approved the use of the NutriScore label, and on October 31, 2017, the French Government signed a decree for the voluntary use of NutriScore labels in France.

Program goals: To make food labeling more easily understandable to consumers, allowing them to see and compare the nutritional value of pre-packaged foods at a glance and subsequently make more informed decisions with the long-term goal of preventing diet-related chronic diseases

The NutriScore label uses a nutrient-profiling system based on the United Kingdom Food Standards Agency model. The scoring measures the quantity of nutrients that should be favored (fiber, protein, fruit and vegetables) and those that should be limited (high energy, saturated fat, sugar, salt) that are contained in 100 grams of each product. It classifies foods and drinks according to five categories of nutritional value and quality and indicates the results by using a color scale that is easily accessible and understandable to consumers.

The NutriScore nutrient-profiling system includes all processed foods (except aromatic herbs, teas, coffees, yeasts) and all drinks (except alcoholic beverages).

Eating an unbalanced diet or having excess fat are two major risk factors for cancer — the leading cause of death in France. NutriScore is a valuable tool for preventing cancer and other diet-related chronic diseases, helping consumers to make more informed decisions about the foods they are buying.

NutriScore labeling also aligns with the WHO European Food and Nutrition Action Plan 2015-2020, which calls for countries to develop and implement front-of-pack labeling systems that are easy to understand and provide nutritional information to consumers. NutriScore not only guides consumers to healthier options but also acts as an incentive for food manufacturers to reformulate their products to improve nutritional quality. France’s implementation of the NutriScore labeling system makes it only the second country in the WHO European Region to move towards implementing color-coded front-of-pack labeling systems for nutritional information (the first being the United Kingdom, which recommends traffic light labeling, a system that uses red, amber and green to indicate levels of salt, total fat, saturated fat and sugar contained in food products).

Evaluation: A study conducted in 2017 found that the UK Food Standards Agency nutrient profiling underlying the NutriScore labeling system can adequately characterize the nutritional quality of foods. According to the study, the format of the NutriScore label is well-perceived and understood by consumers. The NutriScore system was also associated with a higher nutritional quality of consumer purchases. The study concluded that, “altogether, these elements tend to corroborate the [fact that NutriScore is] an efficient tool for advancing public health nutrition.”

Harlem Grown: Sowing the Seeds of Hope in Young Children

NYC Food by the Numbers: Apples

September 29, 2015
Subscribe To Weekly NYC Food Policy Watch Newsletter
Subscribe to our weekly email newsletter today to receive updates on the latest news, reports and event information
We respect your privacy. Your information is safe and will never be shared.