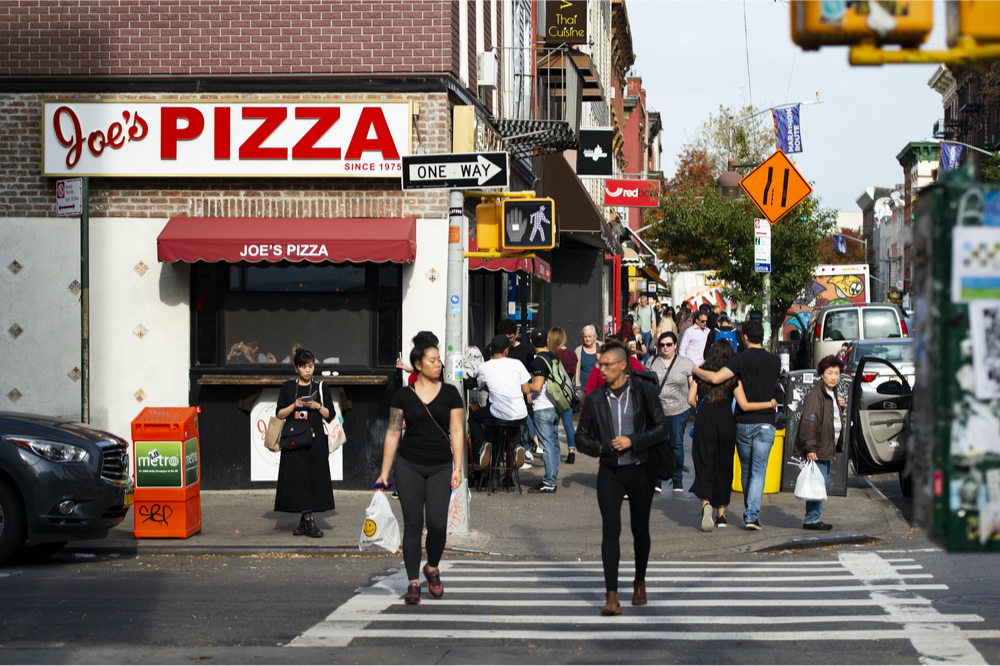 To-go drinks have become a critical source of revenue for the New York hospitality industry since the start of the COVID-19 pandemic. Earlier in April, Governor Kathy Hochul signed New York’s fiscal budget for 2023, which includes the temporary legalization of to-go alcohol through 2025. The bill also establishes a commission comprised of state officials and legislators to examine the possibility of reforming the alcoholic beverage control law” across the state.

The current legislation amends the Alcoholic Beverage Control Law to authorize licensed restaurants and bars to sell liquor or wine for both on-premise and off-premise consumption. To-go drinks must be provided in sealed containers and sold only during the hours the premises operate, along with the order of a substantial food purchase.

A bipartisan bill called the Relief for Restaurants and Other Hard Hit Small Businesses Act of 2022 was passed to deliver $55 billion in relief to small businesses through the Restaurant Revitalization Fund (RRF) and to establish increased support for industries continuing to struggle in the pandemic era.

The Restaurant Revitalization Fund has already supplied $28.6 billion to bars and restaurants through grants that help pay essential expenses; however, nearly 200,000 eligible restaurants did not receive assistance due to overwhelming demand and a lack of funding. The Relief for Restaurants and Other Hard Hit Small Businesses Act will replenish the RRF in order to assist applicants who were not previously funded.

“The U.S. food and farm system – and the millions of farmers, ranchers, and food system workers who make it possible – is vitally important to the daily lives and livelihoods of every individual in our nation. That is why programs administered through the ARPA and the CARES Act were specifically designed to support the health, welfare, and economic opportunities of these essential workers – many of whom were impacted by the closure of schools, institutions, restaurants, and markets. Eliminating these programs will endanger not only their well-being but also the resilience of our food and farm system.” — Letter to Congress from 162 Climate-focused Organizations

Introduced in the House of Representatives in March 2022, the COVID Supplement Appropriations Act allocates funds towards continued COVID response programs, including vaccines, testing, research for emerging COVID-19 variants. However, this allocation comes with provisions to take away five percent of the USDA’s total programs and operations budget.

Earlier in April, Farm Action, the National Resources Defense Council, the National Sustainable Agriculture Coalition, the Rural Coalition, and the Union of Concerned Scientists as well as 157 additional signing organizations sent open letters to President Biden and members of Congress, criticizing the COVID Supplement Appropriations Act, which would rescind $1.6 billion in USDA funding that was alloted in 2021 through the American Rescue Plan Act (ARPA)  and the Coronavirus Aid, Relief, and Economic Security Act (CARES Act).

The CARES Act fostered partnerships between rural business and agricultural lenders and the United States Department of Agriculture (USDA) to help revitalize the economic structure of rural communities impacted by the pandemic, and the American Rescue Plan Act provided support for federal nutrition assistance programs that provide Americans in need with increased access to healthy, affordable food.

The organizations signed the letters with an urge to “honor… investments in a more just, equitable, and resilient food and farm system — particularly to the historically underserved people and communities who comprise it.”

Fact Check: What Costs More in NYC — A Subway Ride or a Slice of Pizza?

The “Pizza Principle,” a term coined by a New York patent attorney that first appeared over four decades ago in the New York Times in June 1980, has correlated the changes in cost of a slice of plain pizza to the changes in cost of a subway fare. Shown to maintain integrity over the last four decades, the principle conjectures that an increase in pizza prices has predicted a matching increase in public-transit fares. Earlier this month, however, Amelia Pollard of Bloomberg claimed the “death of the Pizza Principle” as the price for plain slices are shooting above $3 across the City as a result of increased labor and commodity costs, while there is still a freeze on MTA fares at $2.75 until the end of 2022.

Pizza has always provided an affordable but delectable bite in a city where the cost of living is always comparatively high. But even pizza has been affected by the overwhelming increases for ingredients, labor, and utilities. A report published in Applied Economic Perspectives and Policy this month used Twitter to assess where supply-chain disruptions have been causing fear, food insufficiency, and increased need for food-security interventions. The study identified a correlation between state-level food insufficiency rates and tweets expressing anger, disgust, and fear related to food availability and the supply chain. The findings note tweets expressing fear were most strongly correlated with food insufficiency in 12 states, including New York.

March 10, 2015
Subscribe To Weekly NYC Food Policy Watch Newsletter
Subscribe to our weekly email newsletter today to receive updates on the latest news, reports and event information
We respect your privacy. Your information is safe and will never be shared.