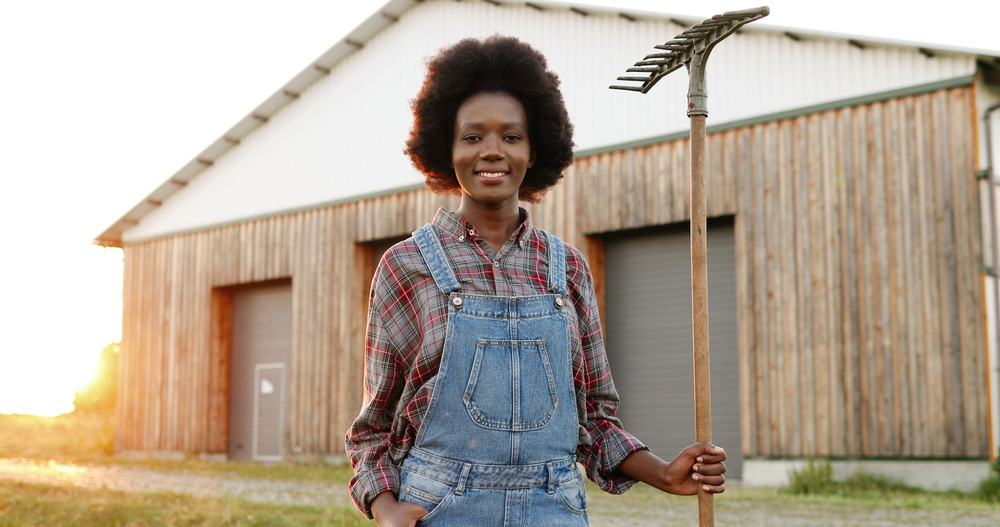 On March 11, 2021, President Biden signed into law the American Rescue Plan Act of 2021. Included in the $1.9 trillion economic stimulus bill were an estimated $10.4 billion intended for agricultural and food supply-chain programs. Approximately half of this, $5 billion, will go to the Emergency Relief for Farmers of Color Act. Buried within the massive $1.9 trillion that may not seem like much, but some experts claim that the bill will benefit Black farmers more significantly than any legislation since the Civil Rights Act of 1964.

Understanding the Emergency Relief for Farmers of Color Act

Introduced by Georgia Senator Raphael Warnock, the Emergency Relief for Farmers of Color Act of 2021 will provide $4 billion in direct debt forgiveness for “socially disadvantaged farmers” and another $1.01 billion will go to increasing support and resources for minority farmers.

The USDA defines “socially disadvantaged farmers” as “a group whose members have been subjected to racial or ethnic prejudice because of their identity as members of a group without regard to their individual qualities,” which would include Black Americans, Native Americans, Alaskan natives, Asian Americans, Latinx individuals, and Pacific Islanders. Black farmers in particular have been systematically denied access to loan programs, resources, and other forms of aid that were routinely provided to their white farmer peers.

The funds to repay loans granted and guaranteed by the United States Department of Agriculture (USDA) will be provided by the Treasury Department on the farmers’ behalf. By allocating $4 billion for the fiscal years of 2021 to 2025 in direct payments of up to 120 percent of a “socially disadvantaged” farmer’s outstanding debt as of January 1, 2021, the initiative will serve to keep money in farmers’ pockets at a critical time when many are facing increased financial struggles due to COVID-19. The USDA estimates that 15,000 socially disadvantaged farmers will receive average debt relief payments of $20,000 (as estimated by the Congressional Budget Office).

The remaining $1.01 billion will be allocated to increasing outreach, technical assistance, training and education, legal resources, providing funding for agricultural research and education at historically Black educational institutions like Tuskegee University, and establishing a new equity commission. Composed of members of the USDA, nonprofit leaders, individuals with an interest in the USDA, and socially disadvantaged farmers themselves, the commission will work to examine the USDA’s history of discrimination and provide recommendations on how best to  address and diminish future discrimination.

A Racialized History of Farming in the United States

The initiative follows more than a century of discriminatory practices that have repeatedly denied access to loans and other resources to Black, brown and Indigenous farmers and resulted in major land loss for communities of color. According to data from the Census of Agriculture, in 1910, 14 percent of U.S. farmers were Black, in 2012 this number had fallen to less than 2 percent.

Following the Civil War and Emancipation, many Black farmers acquired land despite hostility and violence that attempted to prevent them from gaining land ownership. By 1910 they held approximately 17 million acres of farmland in the US. As land ownership among Black farmers grew, however, farmers of color increasingly became targets of discrimination and racial violence. After the New Deal, this discrimination was codified through discriminatory practices by the USDA. As more farmers came to rely on the USDA for financial support in order to succeed in an agricultural industry that was becoming increasingly corporatized, Black farmers were excluded from USDA funding and support that was being given to their white peers. In 1961, the Kennedy Administration established a loan program through the USDA to assist farmers, but the program was administered by locally elected officials who often denied Black farmers loans. In the following decades, these discriminatory practices proliferated as Black farmers and other farmers of color were systematically denied financial resources awarded to white farmers.

Black farmers also faced discrimination through predatory land-purchasing of heirs’ property. Many Black farmers passed away without a clear will or estate plan so their land was divided amongst their descendants. If a farmer had ten children, each one would be granted shared interest as “tenants in common” of the land. Then, when those children died, ownership of the land would pass on to each of their children, over time leading to dozens or hundreds of owners of the original plot of land, each owning both a portion of the land and interest in the plot of land as a whole. This complicated legal process gave way to the rise of forced “partition sales,” in which one heir (or partial land owner) chose to sell their portion of the land and the entire parcel of land was brought to auction with or without the consent of the other heirs. Many heirs received only a fraction of their actual property values at these sales.

This legal process resulted in massive land loss for Black communities as forced sales and tax defaults, made easier through shared land ownership, stripped Black farmers of their land and livelihoods. Some communities, including the Gullah of Hilton Head Island, have lost almost all their ancestral lands dating back to Emancipation through the attrition of heirs’ property. The USDA  has called heirs’ property sales “the leading cause of Black involuntary land loss.” In recent years, many states have moved to change laws around heirs’ property holdings and sales, and provided resources for individuals and families dealing with heirs’ property issues, but  the problem continues to generate financial stress and land loss for Black communities.

Between land lost to heirs’ property sales and the repeated denial of loans and other financial resources, over the 20th century Black land and financial losses  are estimated to add up to $250-350 billion. Investigations have found that USDA loan programs resulted in major transfers of land and wealth from Black to white owners, particularly after the 1950s.

In recent years, USDA policies have continued to have a disproportionately negative impact on farmers of color. Between  2018 and 2020, the USDA, through the Farm Service Agency, provided $23 billion to farmers impacted by the trade war created by the Trump administration. But since assistance payments were based upon crop size, most of the money ended up in the pockets of larger, wealthier farmers, the majority of whom were white.

The USDA Under Pressure

The current act comes as the USDA is seeking to reexamine its policies and personnel choices, acknowledging that it has played a role in perpetuating inequality in rural America for more than a century. Some Black farmers have dubbed the USDA the “last plantation,” arguing that it has a history of outright racism and continues to perpetuate racial injustice in agriculture and land ownership. With the appointment of former Iowa Governor Thomas J. Vilsack to the role of the United States Secretary of Agriculture, President Biden has suggested that he intends to set a new precedent for the agency. Vilsack has announced that civil rights will be at the center of the USDA’s priorities as the agency begins to address issues of inequality and racial injustice within its ranks.

Against this backdrop, the Emergency Relief for Farmers of Color Act indicates a conscious effort on the part of the Federal government to directly address these problems. Although the allocation for these services is just $5 billion, it stands as a significant investment in Black and brown farmers and farming communities that, until now, have been largely unsupported, denied financial success, and systematically displaced from their land.

Though the initiative has gained support from farmers, activists, and many Democrats, it has also been met with pushback from Republicans in Congress. Forty-nine Republican senators voted against the bill, many stating that the act has no place within the COVID relief legislation of the American Rescue Plan. Senator Patrick J. Toomey (R-PA) criticized Democrats of exploiting the public health crisis to enact “a longstanding liberal wishlist for years in the future” and Senator Lindsey Graham (R-SC), in an interview with Fox News, bashed “out-of-control liberals” for passing a bill he deems “reparations” through the COVID stimulus bill. Both House and Senate Republicans filed amendments to strike the provision completely or limit it in scope, arguing that it unfairly singles out farmers of a certain race/ethnicity for economic support. Despite these protests, however, the act passed both the House and Senate and was included in the final legislation.

In a March 6th statement, Secretary of Agriculture Thomas J. Vilsack asserted, “For generations, socially disadvantaged farmers have struggled to fully succeed due to systemic discrimination and a cycle of debt. On top of the economic pain caused by the pandemic, farmers from socially disadvantaged communities are dealing with a disproportionate share of COVID-19 infection rates, hospitalizations, death and economic hurt. The American Rescue Plan ensures that we get the economy on track for everyone, especially those who have been marginalized, who are hurting, who have been overlooked or shut out in the past.”

While the initiative will undoubtedly provide critical debt relief for farmers struggling under the impact of COVID-19, there is also hope that it will also address systemic injustices within the US agricultural system. After more than a century of perpetuating land-based racial discrimination, the Emergency Relief of Farmers of Color Act provides an opportunity for the USDA to begin tmoving towards greater equity in the agricultural industry.

Want to learn more about the history of Black farmers in the US? Check out these resources:

Have additional resources we should add? Please email us at info@nycfoodpolicy.org

March 13, 2014
Subscribe To Weekly NYC Food Policy Watch Newsletter
Subscribe to our weekly email newsletter today to receive updates on the latest news, reports and event information
We respect your privacy. Your information is safe and will never be shared.