What You Need to Know BEFORE You Eat at the Next Farm-to-Table Restaurant: A NYC Food Policy Center Investigation 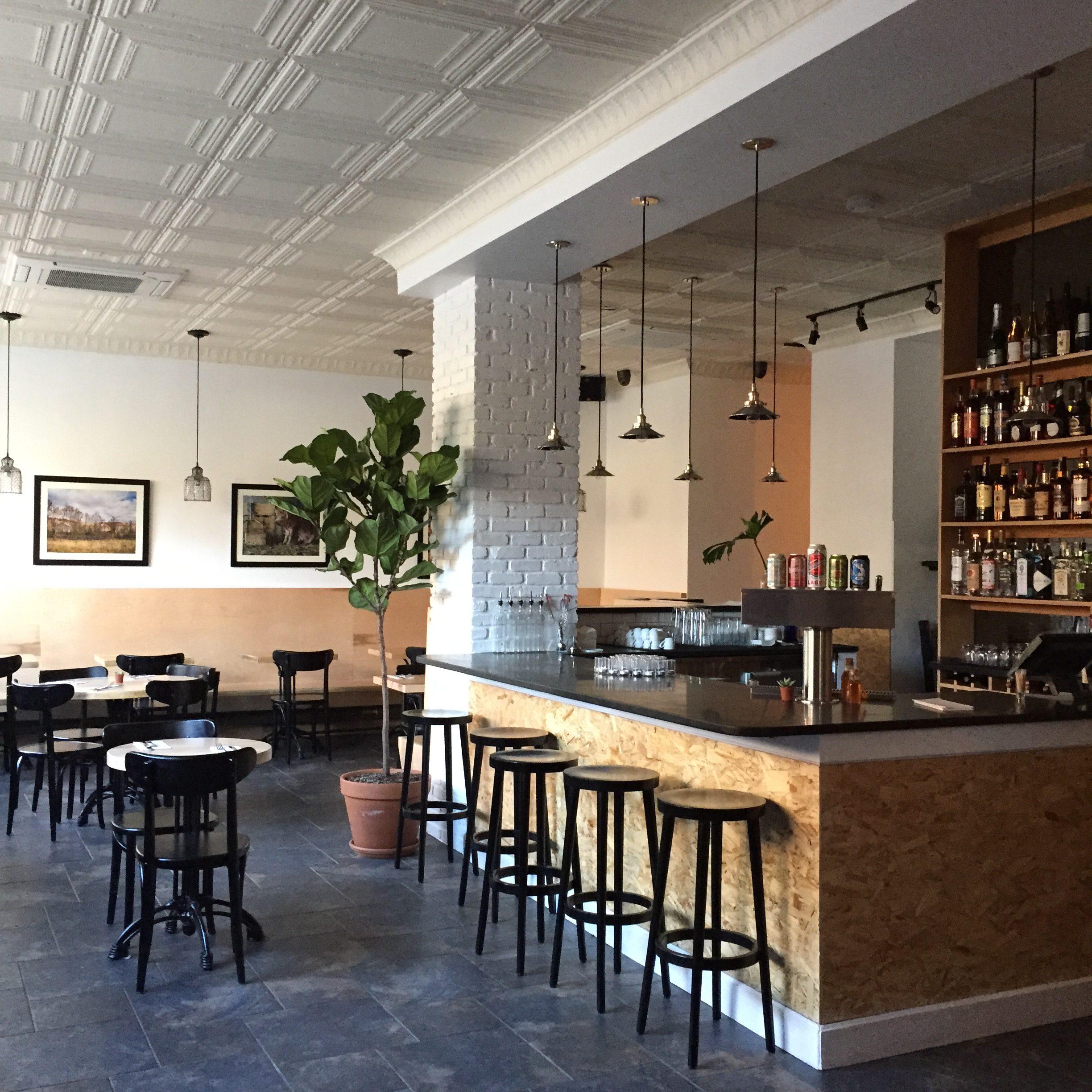 Farm-to-table is a movement that began with the dawn of agriculture, but it’s one of the trendiest terms in the restaurant business. Yet how transparent are restaurants being in their use of it and how can you make sure you’re not getting scammed?

The American food system is drowning in labels. From natural and cage-free to free-range and organic, labels are a dime a dozen these days. Problem is, many of them have little meaning, even no regulation.

Enter the farm-to-table label, which is neither regulated nor officially defined. At first glance, it’s easy to understand what it means. But when you look closer, the definition becomes a little murkier, especially now that so many restaurants have slapped it on their menus.

That, in turn, raises numerous questions; including how much of that restaurant’s food truly comes from a farm, what happens when the seasons change, and whether any upcharge for your meal is truly warranted. When the Tampa Bay Times in Florida raised these questions, they found that many of Florida’s farm-to-table restaurants, farmers’ markets as well, were actually misrepresenting themselves. Even Florida’s agriculture commissioner weighed in, saying that the state needs to do a better job policing claims restaurants make to its clients.

But what about New York City? Several New York City restaurant owners and chefs, and one farmer, weigh in on the transparency of this label and what you should know to avoid getting scammed.

Putting farm-to-table under the microscope

Trend is certainly one word to describe farm-to-table dining, but the roots of this movement date back thousands of years. “You could say the farm-to-table movement started thousands of years ago when people first began growing off the land, as that food went straight to their tables,” says Margo Morris, president of Sprout Creek Farm in Poughkeepsie, N.Y., a 200-acre farm that provides vegetables, eggs, cheeses and meats to restaurants all over New York City.

So what is this concept exactly? Trust a farmer to outpace Webster’s by a step. “It’s a movement to shorten the distance between those who make, grow or process our food and our tables,” Morris says. Quality, of course, is also key.

A movement it might be, but farm-to-table has only become popular in recent years, so much, in fact, that its meaning is now in danger of becoming extinct. The problem? Too many restaurants using it as attractive advertising. “The label is being so watered down that I don’t think it means anything anymore,” says Antonio Gomez, owner of Midwinter Kitchen in New York City and Midwinter Farms in Columbia City, N.Y., who compares it to the word “organic,” which seems to have lost its original intent as well. Meanwhile, however, “certified” organic does have certain regulations (link to this: https://www.ams.usda.gov/rules-regulations/organic/labeling)

Of all people, Gomez should know, as his restaurant, Midwinter Kitchen, sprung from the concept of his farm, which opened in 2013. First, though, came a pizzeria chain, six in total, which Gomez tried to run as farm-to-table eateries. His plan? Grow enough tomatoes and basil to provide for the pizzerias. Yet he quickly realized he couldn’t produce enough, not to mention, of course, that growing tomatoes in New York in winter is impossible. So he closed the pizzerias. “We were forced out of the pizza business because we couldn’t be true to the farm-to-table label,” he says, adding, though, that it was also the wrong venue to bring it to, as customers in that price-point range didn’t seem to care. And that’s when Midwinter Kitchen was born.

Today, Midwinter Kitchen, which opened in 2016, features an authentic “from our farm, to your table” menu where 100 percent of its eggs and meat come year-round from its farm. Meanwhile, from May to October or November, 95 percent of the produce it serves originates at its farms. In the off months, however, Gomez is forced to modify the menu to focus on seasonal goods and has had to rely on other suppliers, although he tries to source as local as possible. “If it weren’t for the meat and eggs, all of which come from our farm all year, we wouldn’t be able to call ourselves farm-to-table during the winter,” he says, noting that the restaurant displays photos and information about the farm and has trained its staff to educate guests about where the food comes from.

Yet not every restaurant is like Midwinter Kitchen, which is why Matt Lambert, executive chef and co-owner of The Musket Room in New York City, has a problem with the farm-to-table label. “When I hear that term, I cringe,” he says. Although he looks for the highest quality ingredients, grows his own herbs at the restaurants and sources as much from local farmers as possible, he doesn’t label his restaurant as farm-to-table. “I see a lot of restaurants that use this label, even though only three ingredients on their menu might be from a local farmer, and that’s just not right.”

It’s not only that these restaurants are undermining the movement, they could also be adding a surcharge to their prices because of the label. “I wouldn’t be surprised if that was an ulterior motive in using the label,” Lambert says.

That’s because good food does come with a higher price tag. “It costs more to raise things responsibly in smaller amounts,” Morris says. Sprouts Farm, for instance, uses no pesticides, herbicides, hormones or antibiotics. “It takes a farmer more care and work to put something of quality on the table.” Those costs get passed to the buyer, which ultimately trickle down to consumers who often expect to pay a higher amount for farm-to-table meals.

Of course, that’s not a problem if the restaurant is truly sourcing its foods where it says it is. But if they’re guilty of false advertising, consumers are the ones who wind up paying.

Being a proactive diner

That boils down to the real question: How can you avoid getting scammed, given that this label has such loose application? Simply put, ask questions. “If that restaurant is a true farm-to-table, they’ll have the answers and will want to share information,” Gomez says.

Start by asking where the food comes from and what farms the restaurant is using. Also, inquire about the restaurant’s relationship with the farm and if its staff has ever visited the farm. “Depending on how high class the restaurant is, the wait staff should know about the food,” Morris says. “If they don’t know and can’t seem to find any answers to your questions, that should raise a red flag.”

You should also ask questions if you see items on the menu claiming to use locally grown foods that are clearly out of season (think tomatoes in the middle of winter). That alone doesn’t mean the restaurant is participating in false advertising, as they could be using frozen or dehydrated produce, says Mary Cleaver, founder and owner of The Cleaver Co. of the Green Table in the Chelsea Market which sources 100 percent of its ingredients during the summer from its farm. In the winter, it sources about 80 percent of its menu from its farm and others. Her general rule? “If it grows here, we only use it when it’s in season,” she says, adding, though, that they might use frozen fruit from Hudson Valley producers or produce they’ve dehydrated and then stored.

One clear sign that the restaurant is serious about being farm-to-table? It proudly displays information about the farms. “Any restaurant willing to authenticate itself by spending a little more money on verbiage or pictures should be trusted more,” Morris says. “But for restaurants that just call themselves farm-to-table without any other proof, it’s hard to know.”

You can also look for the Slow Food Snail of Approval, which is awarded to restaurants that contribute to the quality, authenticity and sustainability of the food supply of numerous cities, including New York City. “Greenwashing about this label does happen, and although we don’t have an official certification, the Slow Food Snail of Approval is the closest we have,” Cleaver says.

Farm-to-table or farm-to-fable? Looks like it’s up to consumers to hold restaurants accountable.

April 13, 2016
Subscribe To Weekly NYC Food Policy Watch Newsletter
Subscribe to our weekly email newsletter today to receive updates on the latest news, reports and event information
We respect your privacy. Your information is safe and will never be shared.