Prior to the Plate: Last Mile Food Distribution in New York City 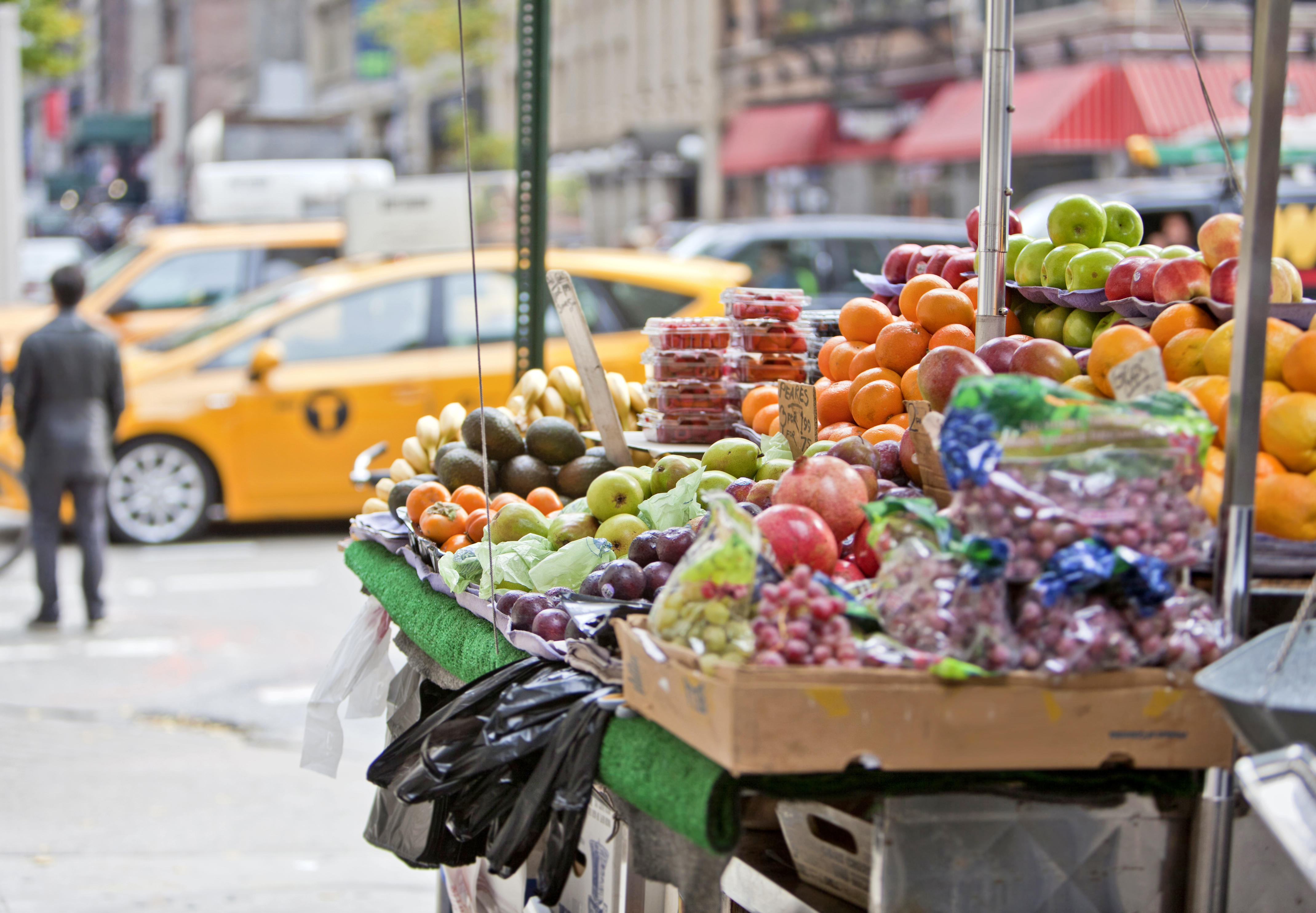 Though many New Yorkers rarely pause to think about it, the ingredients that make up our meals travel through an incredibly complex system before reaching our dinner plates each night.

The flow of food from wholesale suppliers—like the markets at Hunts Point and Sunset Park — to consumer point of sale outlets like restaurants, grocery stores, and bodegas, is formally referred to as last-mile food distribution. Each day, this incredibly complex and little understood process serves the city’s 8.4 million residents, hundreds of thousands of commuters, and the 60 million tourists that visit each year.

The study looked to answer key questions like: How much food is distributed in NYC each year? What is the market share held by different types of food distributors? What are the different point-of-sale outlets? And what is the extent of backup power resources and adoption of resiliency measures across the food supply distribution network?

According to the report, about 19 billion pounds of food travel through thousands of distributors before reaching more than 40,000 point-of-sale outlets within the five boroughs. And the demand for food is growing at twice the national average, which is partially attributed to the city’s growing number of tourists and visitors.

Among all point-of-sale outlets, not one sources their food supply from a single distributor —all have multiple sources of food coming in. And none of the food distributors or hubs control more  than a 15 percent of the food flow. Because of this fragmentation, the report found that the city’s food system is “unlikely to be significantly impacted by disruption to a single distributor.”

But this doesn’t mean New York City’s food distribution system is free of vulnerabilities. Localized and infrastructure risks exist, the report explained, such as the possibility of flooding in regions of the city that lay in a floodplain, like the Hunts Point Food Distribution Center. Thinking back to events like Hurricane Sandy, weather certainly has potential to limit or disrupt various aspects of the food supply chain, from wholesalers and distributors to the shops and restaurants where consumers get their food.

In the 2013 report, “A Stronger More Resilient New York,” which included steps for strengthening infrastructure citywide, a resilient city was defined as one that is “first, protected by effective defenses and adapted to mitigate most climate impacts; and second, able to bounce back more quickly when those defenses are breached from time to time.” So in this case, in order for New York City’s food infrastructure to be resilient to climate related impacts, it would need to both have defenses in place and be able to recover fairly quickly.

The Five Borough Food Flow report defined resilience as “the ability for the food system—both the distribution supply chain and the point-of-sale outlet network—to withstand and/or recover quickly from system interruption.”

For point-of-sale outlets who rely on the regular and continuous delivery of food every four to five days or so, anticipating harsh weather events could be helpful in terms of “restock[ing] their shelves more frequently to balance consumer rushes,” the report said.

Meanwhile, report results showed that nearly all of last mile food delivery happens by truck and more than half the food that enters New York City passes over one of four bridges and two tunnels. So damage to those structures would also impact the food flow.

“The city’s food distribution system relies on bridges and tunnels to reach their consumers since 99 percent of the last-mile distribution is done by truck,” the report said.

Another risk identified within the report is that consumers who are geographically isolated, low-income, lack mobility, or have limited choices of where to purchase food may face additional vulnerabilities if the food supply chain is disrupted.

“These everyday challenges in accessing healthy and affordable food can worsen the impact of disruptions further up the supply chain,” the report noted.

A spokesperson from NYCEDC explained that these challenges may exist because people with fewer options for obtaining food may not be able to react as quickly or with as many choices in a situation where food distribution is impacted. For example, someone living near only one supermarket or subway line is likely to be more vulnerable to food access challenges in the event of a disaster than someone who lives in a region with more choices.

When creating this report, NYCEDC and ORR focused on compiling a set of data and information that would be accessible to a wide range of readers, from nonprofits to think tanks to residents.

“As the next step, the City will convene an interagency group to integrate this dataset into other resiliency efforts, evaluate potential policy decisions, and develop a strategy to communicate with private businesses and community groups to determine how to best strengthen the food supply system,” the report says.

The report also outlined a number of recommendations, which include continued implementation of the Hunts Point Food Distribution Center modernization plan, exploring opportunities to incorporate more rail transportation into the city’s food distribution system and supply chain, finding ways to support point-of-sale outlets and food distributors during emergency events, and engaging with community groups about partnerships designed to increase resiliency in specific locations.

May 11, 2016
Subscribe To Weekly NYC Food Policy Watch Newsletter
Subscribe to our weekly email newsletter today to receive updates on the latest news, reports and event information
We respect your privacy. Your information is safe and will never be shared.