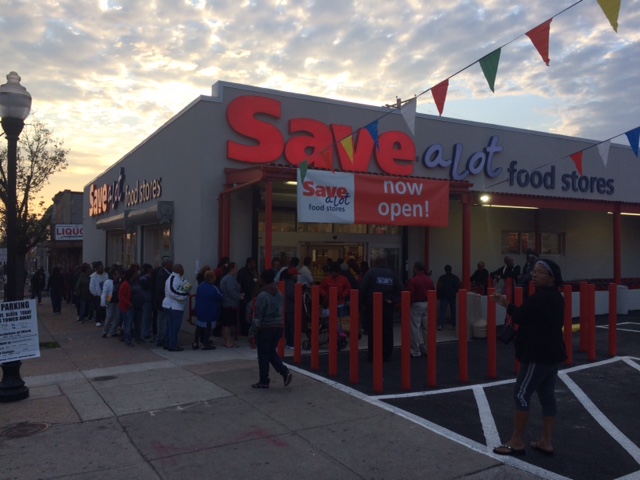 Supermarkets establishing new locations in, or renovating current locations in, Grocery Store Incentive Areas, and that meet certain qualifications, are entitled to 80 percent credit against the personal property tax, which typically covers furniture, fixtures and equipment.

First of all, in order to qualify, a store must meet the definition of a supermarket, meaning that all major food departments (produce, meat, seafood, dairy, canned and packaged foods) are represented, and more than 50 perfect of floor space is dedicated to selling food.

In order to get the tax credit, a supermarket must spend at least $150,000, or $25 per square foot (whichever is greater), to expand on new personal property, dedicate at least 500 square feet to selling fruits and vegetables, and dedicate at least 500 square feet to selling other perishable foods, including meat, seafood and dairy products. Finally, the supermarket must be located in a Grocery Store Incentive Area.

A food desert is defined as an area where the average distance to a supermarket is greater than one quarter of a mile, median household income is at or below 185 percent of the Federal Poverty Level, at least 30 percent of households have no vehicle, and the average Healthy Food Availability Index (HFAI) score for all food stores in that area is low.

The Healthy Food Availability Index (HFAI) is a way of measuring how healthy the food at a store is. Stores are judged in eight categories: low fat and nonfat milk, fresh fruits, fresh vegetables, low fat meat, low fat frozen foods, low sodium foods, whole wheat bread, and low sugar cereals. The more varieties of the aforementioned items a store has, the more points it receives.

The Grocery Store Incentive Area property tax credit is only one component of Baltimore’s Food Desert Retail Strategy. Other components of the plan include expanding the virtual supermarket program (ordering groceries online and picking them up), encouraging the growth of urban farming, increasing the amount of fresh foods at public markets, and improving public transportation.

One in four Baltimore residents and almost one in three Baltimore children live in food deserts—places where it is very difficult to purchase fresh foods, particularly fruits and vegetables.

Multiple studies have concluded that lack of access to healthy food is associated with poorer health. This review of studies found that a poor quality food environment coupled with limited economic resources likely increases one’s risk of obesity. Another study done in rural Pennsylvania found that school districts with higher rates of overweight children also had a higher percentage of their population residing in food deserts.

Multiple studies have concluded that increased consumption of fruits and vegetables is associated with lower risk of obesity and heart disease.

One of the reasons why food deserts exist is that no matter where they operate, grocery stores have very low profit margins, typically between 1 and 1.5 percent. Baltimore’s tax credit aims to reduce overhead costs so opening a grocery store in a food desert is more likely to be profitable.

Research on how supermarkets affect neighborhood residents’ diets shows mixed results. A study published in 2015 compared a low-income neighborhood in Pittsburgh that received a supermarket for the first time in 30 years to a demographically similar neighborhood that received no supermarket. The researchers found that the residents who got the supermarket did experience a change in diet, consuming less calories, added sugars and solid fats, on average. However, contrary to expectations, the residents also consumed less whole grains, fruits and vegetables.

A 2002 case study on a British city also found that a significant increase in access to fresh fruits and vegetables had only a small effect on the residents’ diet—an increase of about half a serving of fresh produce per day. These results point toward the conclusion that greater availability of fresh produce does not necessarily translate to greater purchasing. A 2005 survey of dietary habits supported this conclusion; it found that distance from the nearest supermarket had no significant impact on the number of fruits and vegetables a person eats.

Prior to the Plate: Last Mile Food Distribution in New York City

The Dark Side of Chocolate Milk in...

September 17, 2019
Subscribe To Weekly NYC Food Policy Watch Newsletter
Subscribe to our weekly email newsletter today to receive updates on the latest news, reports and event information
We respect your privacy. Your information is safe and will never be shared.