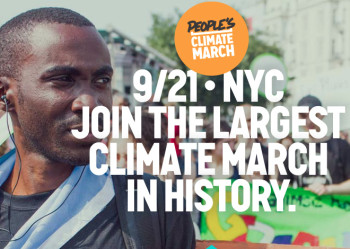 Therefore, the People’s Climate March on September 21 will be the largest climate march in history. It is designed to coincide with the UN Climate Summit.

Climate Change, Food and Health: From Analysis to Action to Protect Our Futures

Trends and Opportunities in the Food Movement,...

Food Trucks and Sustainability: Do They Mix?

October 7, 2014
Subscribe To Weekly NYC Food Policy Watch Newsletter
Subscribe to our weekly email newsletter today to receive updates on the latest news, reports and event information
We respect your privacy. Your information is safe and will never be shared.