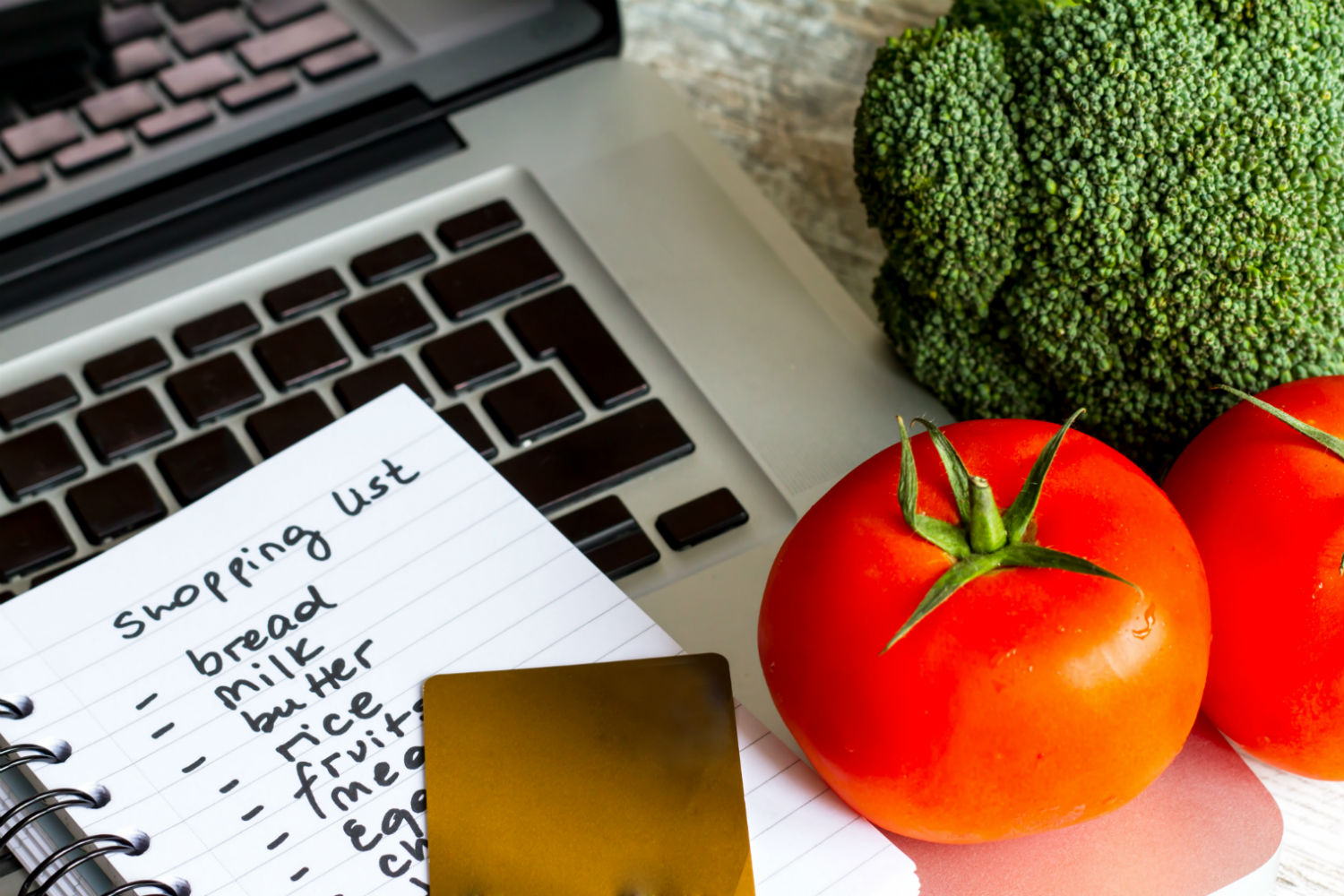 The United States Department of Agriculture (USDA) recently announced a pilot program that will allow recipients of SNAP benefits, formerly known as food stamps, to purchase groceries online. Seven retailers, including Amazon and FreshDirect, will be participating in the program.

Initially, the program will be limited to seven states, including New York. The scope of the pilot is narrow because each state has its own system for processing SNAP purchases, and participating states will have to change their current systems to accommodate online purchasing. If the pilot is successful, the USDA plans to expand the program to additional retailers and locations.

The purpose of the pilot

The stated purpose of the pilot program is “to address the needs of the elderly and disabled, who often cannot easily go out to shop” and to help “those that lack consistent access to transportation or live in areas considered to be food deserts.” The USDA defines a food desert as an area in which at least 33 percent of the population lives over a mile from a large grocery store.

Although the USDA has only officially declared two New York City neighborhoods food deserts, and both are in Staten Island, Dr. Charles Platkin, Executive Director of the New York City Food Policy Center, thinks there are more food deserts in the city—in the South Bronx and East Harlem, for example.

Allowing SNAP recipients to purchase groceries from online vendors could help residents who don’t live close enough to markets with fresh produce and other healthy foods, such as whole grains, lean and healthy fish, poultry, and meats, and organic foods. Additionally, depending on pricing, online food delivery services may be beneficial to low-income individuals who work long hours and have children, many who may not have time to go to the grocery store.

Have we been here before?

There are significant obstacles to running a successful online SNAP benefit program. In 2012, FreshDirect performed its own pilot program in the Bronx to allow individuals receiving SNAP benefits to order from the company. According to Dr. Platkin, the first major problem of the program was a lack of connection with the community (also see here) the program was intended to serve.

Dr. Platkin speculates that there was “no real push” to get people to use the FreshDirect program. For instance, there was no noticeable campaign to get the word out in the two Bronx neighborhoods that FreshDirect was targeting. So when the time came to start placing orders, there just wasn’t a lot of interest. We did reach out to FreshDirect for a comment about the successes and failures of the program (albeit last minute) and according to Larry Scott Blackmon, Vice President, Public Affairs for FreshDirect  “We are running a pilot and have not defined success as we continually evaluate.”

The second issue with using SNAP benefits online has been technological barriers. Electronic Benefits Transfer (EBT) transactions, which facilitate payment with SNAP dollars, were previously not compatible with online checkouts. One reason for this incompatibility is that EBT transactions require the customer to enter a secure PIN, which could not be done online.

Another problem was that federal law required online credit or debit transactions to happen in two steps. First, the customer’s account is checked to make sure there is enough money to pay for the order, and a hold is placed on that amount of money. The second step—actually deducting the money from the account—does not happen until the order is ready to be delivered. Online vendors store the customer’s credit card information so that they can complete the second step when the customer is offline.

EBT transactions cannot follow this standard two step process, because online retailers cannot legally store customers’ PINs. Because EBT could not be used at an online check-out, FreshDirect had to find another way to allow customers to pay with their EBT cards when they launched their pilot program in 2012.

FreshDirect’s solution was for their delivery staff to carry portable devices which could swipe EBT cards and enter secure PINs. SNAP customers would place their orders online and pay for them when the delivery person showed up with the groceries and the swipe device. But if a recipient was not home at the time the delivery was made, FreshDirect couldn’t get compensation for the order it had already filled. This could be another reason the FreshDirect program was not considered successful by those in the food policy community.

Another technological problem that was associated with using SNAP online was that vendors had to be able to accept multiple payment methods for a single order. SNAP dollars can only be used to buy approved food items; they cannot pay for delivery fees, or for items that are not covered, which customers may have wanted to purchase in the same order as their groceries.

The USDA’s new pilot program promises to at least address the primary technological issue: Customers will now be able to use their EBT cards online, thanks to new software, developed by a company called Acculynk, which allows customers to easily enter their PINs at website checkouts. The USDA is requiring that all retailers participating in the pilot work with Acculynk to facilitate their online EBT transactions.

State officials have expressed concern about the system overhaul required to make online SNAP purchases possible. The pilot program will be a test of whether online payment systems can successfully work with state EBT processing systems.

Online EBT transactions will also be exempt from the two-step credit process, which is typically required for an online purchase. When a customer places an order using SNAP, the person’s account will be debited immediately.

The USDA will also allow participating retailers to issue refunds without the customer’s PIN number, which is required for EBT refunds at in-person stores. This exemption will allow online food vendors to process refunds when customers are not online. If the vendor finds that any items are out-of-stock after a customer’s order is placed, they are required to issue an immediate refund.

Finally, the USDA requires that all retailers participating in the pilot accommodate federal restrictions on how SNAP dollars can be spent. Because SNAP cannot pay for delivery fees, retailers are being encouraged to accept multiple payments methods for each transaction, though this is not required. If retailers do not accept different methods of payment for a single transaction, they will be required to waive their deliveries fees for SNAP customers.

New developments in technology could break down some of the barriers to using SNAP benefits online, however, there are still barriers that are unrelated to technology.

For example, simply making fresh produce available does not necessarily mean consumers will purchase it. A 2012 study done in California found that there was no relationship between the food available in the neighborhood and the diets of the children in that neighborhood. The researchers collected data on how many fruits, vegetables, high sugar foods and fast foods the children ate, and how many fast food restaurants and supermarkets were in their neighborhoods. Contrary to expectations, the children living in better food environments did not eat healthier overall.

Even when healthier food is available, many families still opt to purchase already prepared food from bodegas or eat at fast food restaurants. According to Dr. Platkin, factors that prevent low-income individuals from making meals at home include lack of cooking equipment, problems with the gas not working, pest infestations, fatigue from working all day, and even lack of knowledge about how to prepare meals at home with ingredients that are available in their community.

Frequently eating out rather than cooking at home can create health issues, since meals cooked at home are typically higher in nutrients and lower in calories, unhealthy fats and sugar.

Overall, the new online SNAP pilot program holds promise to improve on past attempts to increase low-income consumers’ access to fresh, healthy food. However, pricing, purchasing habits, and technological hurdles are just a few of the many problems to come. Changing people’s eating habits will likely require a more holistic approach—one that addresses all of the socio-economic factors which prevent people from making meals cooked at home, including, but not limited to: the living conditions, the obesogenic environment (e.g. fast food proliferation and pricing), and nutrition education.

5 NYC Hospital Programs That Use Food...

June 16, 2015
Subscribe To Weekly NYC Food Policy Watch Newsletter
Subscribe to our weekly email newsletter today to receive updates on the latest news, reports and event information
We respect your privacy. Your information is safe and will never be shared.