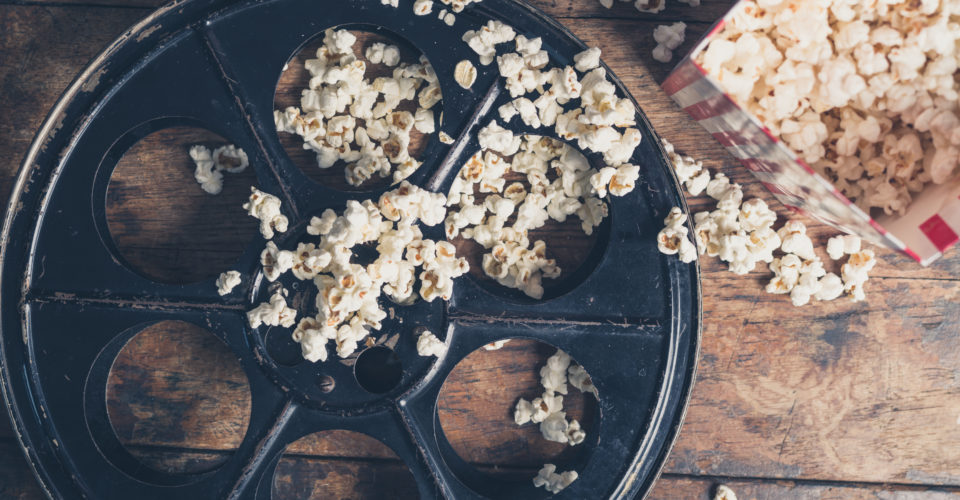 Still waiting for spring? Take advantage of the lackluster weather and catch up on some great food policy films, short videos, and television shows.

The Hunter College New York Food Policy Center has compiled a list of films and television shows that highlight various aspects of our food system. It is our hope that you share this list with your networks so these films’ messages reach even wider audiences.

“Most Americans have never stepped foot on a farm or ranch or even talked to the people who grow and raise the food we eat. Farmland will take an intimate look at the lives of farmers and ranchers in their ‘20s, all of whom are now responsible for running their farming business.

Through this film from award-winning director, James Moll, you’ll step inside the world of farming for a first-hand glimpse into the lives of young farmers and ranchers. Learn about their high-risk/high-reward jobs and passion for a way of life that has been passed down from generation to generation, yet continues to evolve.”

Where can it be viewed: Amazon Prime, iTunes, YouTube

“In this powerful and poignant portrait of a Latino American family, award-winning Youth Speaks poet Monica Mendoza tells the haunting story of how corporations continue to colonize the bodies of her culture and how to we can return to our roots.”

Where can it be viewed: Vimeo

“What exactly is a chopped cheese, more familiarly known as a “chop”? On the surface, that would seem simple. The bodega specialty gets its name from the “chopping” of hamburger patties, which occurs on the griddles in delis throughout Queens, Brooklyn, the Bronx, and Harlem. The minced meat is covered in cheese, slipped into a roll or hero, and dressed with standard-issue condiments.

But when we began to peel back the layers and ask questions about its origin story, how it became so popular, and why it’s so difficult to find one in lower Manhattan, we were introduced to a much deeper tale fueled by borough rivalries, hip-hop mythology, and hard-to-swallow truths, giving us a more meaningful glimpse into what makes this city tick.”

“There is a growing movement of farmers and food workers who are creating vibrant farms, living soils, thriving food markets and a fairer food system for all. At the heart of all change lies a story, and In Our Hands is the story of a new kind of farm, a new kind of food and a new kind of society. This film has been created as an open source tool in order to debunk the myth of the industrial food system, and be a resource for farmers and activists in building a better world.”

“James Beard: America’s First Foodie is a feature-length documentary about, James Beard. Beard, the man the New York Times dubbed the “Dean of American Cookery,” Beard was a Portland native who loved and regaled the bounty of the Pacific Northwest long before it would become hip to do so. He spoke of the importance of localism and sustainability long before those terms had entered the vernacular. At a time of “all things French,” Beard appreciated what America had to bring to the table. James Beard introduced Julia Child to New York, boosting her place as a culinary grande dame. Child in turn once said, “I may have brought French cooking to America, but Jim brought American cooking to America.” That tradition continues today and is embodied via modern culinary masters. A cookbook author, journalist, television celebrity and teacher, James Beard helped to pioneer and expand the food media industry into the billion-dollar business it is today.”

Where can it be viewed: PBS American Masters

Kale vs. Cow: The Case For Better Meat

“At a time when many in the health and environmental fields call for a world without meat, Kale vs. Cow makes the case for better meat—and shows how eliminating animals from our food system could cause more harm than good.”

Where can it be viewed: N/A

“Plant This Movie explores the zeitgeist of urban farming around the world, from the incredible story of Havana, Cuba to communities of urban farmers in cities as diverse as Shanghai, Calcutta, Addis Ababa, London, and Lima.  In the US, the story focuses on New York, New Orleans, Los Angeles and Portland, Oregon.  The film is narrated by Daryl Hannah.“

“This docuseries travels deep into the heart of the food supply chain to reveal unsavory truths and expose hidden forces that shape what we eat.”

Where can it be viewed: Netflix

“Few things on Earth are as miraculous and vital as seeds. Worshipped and treasured since the dawn of humankind. SEED: The Untold Story follows passionate seed keepers protecting our 12,000-year-old food legacy. In the last century, 94% of our seed varieties have disappeared. As biotech chemical companies control the majority of our seeds, farmers, scientists, lawyers, and indigenous seed keepers fight a David and Goliath battle to defend the future of our food. In a harrowing and heartening story, these reluctant heroes rekindle a lost connection to our most treasured resource and revive a culture connected to seeds. SEED features Vandana Shiva, Dr. Jane Goodall, Andrew Kimbrell, Winona Laduke and Raj Patel.”

Where can it be viewed: Amazon, iTunes, Google Play, Vimeo

“A vital investigation of the economic and environmental instability of America’s food system, from the agricultural issues we face — soil loss, water depletion, climate change, pesticide use — to the community of leaders who are determined to fix it. Sustainable is a film about the land, the people who work it and what must be done to sustain it for future generations.”

Where can it be viewed: Amazon, Google Play, iTunes, Netflix

“THAT SUGAR FILM is one man’s journey to discover the bitter truth about sugar. Damon Gameau embarks on a unique experiment to document the effects of a high sugar diet on a healthy body, consuming only foods that are commonly perceived as ‘healthy’. Through this entertaining and informative journey, Damon highlights some of the issues that plague the sugar industry, and where sugar lurks on supermarket shelves. THAT SUGAR FILM will forever change the way you think about ‘healthy’ food.”

Where can it be viewed: Google Play, iTunes

WASTED! The Story of Food Waste

“WASTED! THE STORY OF FOOD WASTE aims to change the way people buy, cook, recycle, and eat food. Through the eyes of chef-heroes like Bourdain, Dan Barber, Mario Batali, Massimo Bottura, and Danny Bowien, audiences will see how the world’s most influential chefs make the most of every kind of food, transforming what most people consider scraps into incredible dishes that create a more secure food system. WASTED! exposes the criminality of food waste and how it’s directly contributing to climate change and shows us how each of us can make small changes – all of them delicious – to solve one of the greatest problems of the 21st Century.”

Where can it be viewed: Amazon, iTunes 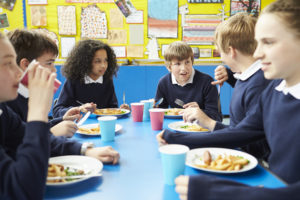