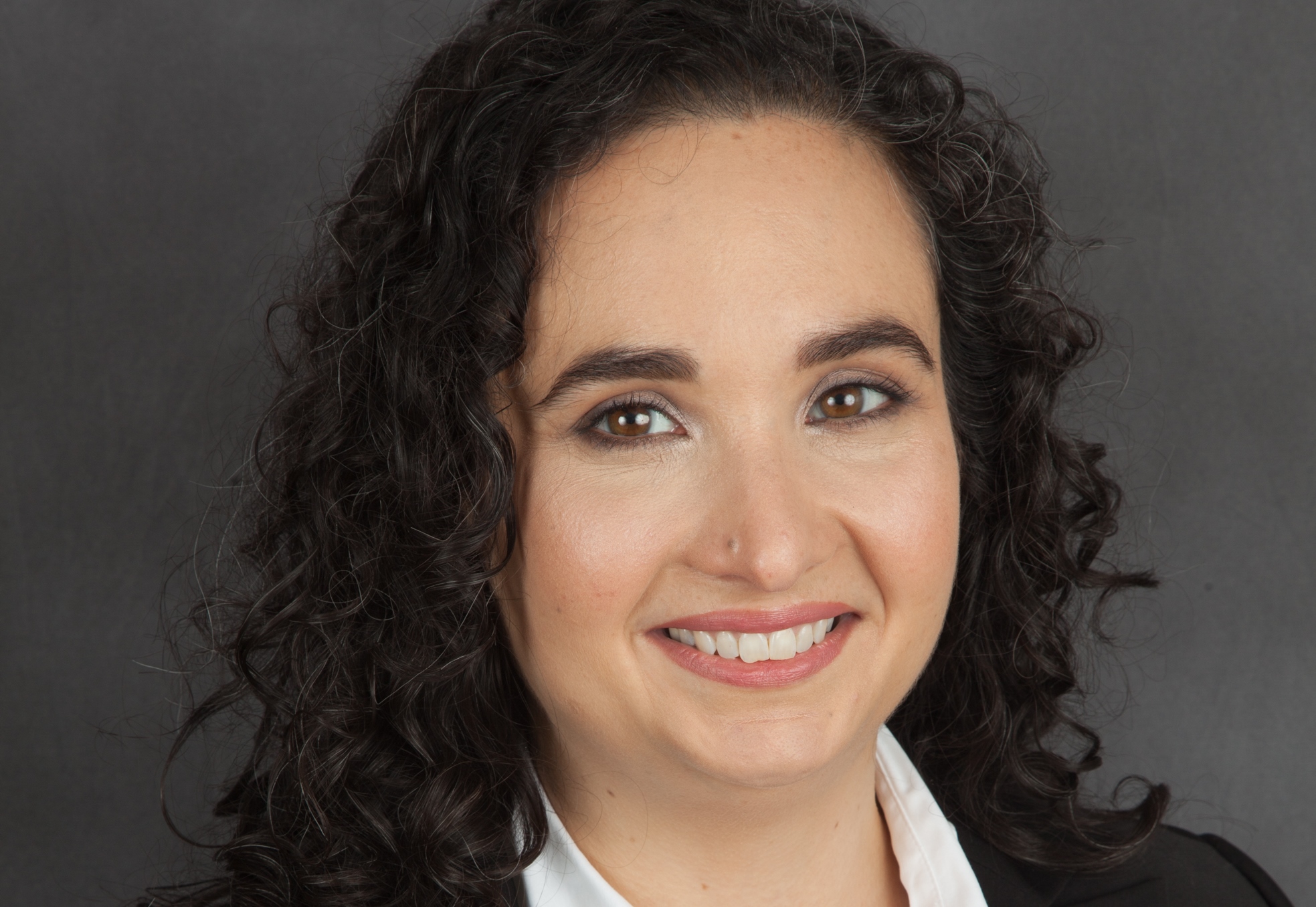 Prior to joining Food Bank, Ms. Stampas served as Director of the New York City Council’s Investigations Division and as Chief of Staff to former Council Member Eric Gioia. A Queens native, Ms. Stampas holds a Bachelor’s degree from Harvard University and a Master’s degree in public administration from Columbia University. She currently serves on advisory committees for national anti-hunger organizations Feeding America and the Food Research & Action Center (FRAC).

We were fortunate enough to do an email interview with Triada — here is what she had to say:

I had the tremendous privilege to work at the New York City Council for six years, and in that time was exposed to a broad array of public policy issues, including local barriers to access in the federal Supplemental Nutrition Assistance Program (SNAP, formerly known as food stamps). I learned how senseless and avoidable hunger is: in theory, we have a robust federal safety net that can eliminate systemic food insecurity; in reality, over the past several decades, so many strands of that safety net have been damaged, cut or frayed that the gaps have widened, and more and more people are falling in. Awareness led me to action: when I left government, I decided to join Food Bank For New York City to help lead its advocacy efforts.

FPC: Can you describe briefly describe what distinguishes Food Bank For New York City’s work in the community?

Food Bank For New York City’s work as a service provider is what first drew me to the organization – it’s exciting to do policy and advocacy work in a place where policy meets implementation; where policy development is inextricably connected to and intimately informed by the more than 30 years’ worth of knowledge and experience earned by both the organization and its citywide membership of community-based service providers. Over the course of more than three decades, Food Bank has developed a strategic, multifaceted approach to address New Yorker’s immediate and long-term food needs, as well as the underlying causes of hunger. Through its network of more than 1,000 charities and schools citywide, Food Bank provides food for approximately 64 million free meals per year. Our income support services, including SNAP and free tax assistance, put more than $150 million each year into the pockets of New Yorkers, helping them to afford food and achieve greater dignity and independence. Our nutrition education programs and services empower more than 42,000 children, teens and adults to sustain a healthy diet on a low budget. All of our policy and research work integrates this firsthand knowledge of what works.

FPC: You have several important initiatives, is there one particular program you are most excited about and which seems to be most effective? Also, can you provide one important case study (can be very brief) of the impact of this particular program?

I’ve been really excited to see the growth and development of our Food & Finances program, which offers free financial coaching to individuals and families who struggle to put food on the table. Research shows that food insecurity and financial capability are linked; households that are more adept at managing household finances are less likely to be food insecure, even at low incomes. Since we’re a food bank, our model of financial coaching of course includes SNAP and tax assistance. We piloted the program in a number of high-need schools, and discovered that more than half of the parents we served had experienced food insecurity in the month before they started the program – a rate nearly four times the New York State average. This tells us we are reaching exactly who we need to be with this valuable service. There are a few great success stories in our white paper on this innovative program.

FPC: What do you believe to be the greatest food policy challenges for New York City? And the greatest opportunities?

The greatest food policy challenge for New York City is that the biggest food policy decisions are made hundreds of miles away in Washington, DC, where our interests don’t routinely take center stage. That a Congressional vote or a single stroke of a Presidential pen can deprive New Yorkers of hundreds of millions of meals (the result of the cuts to SNAP benefits in November 2013) – despite the opposition of our elected representatives – leaves our State and City policymakers alongside charities like ours trying to make up for gaps in federal support – something none of us have the capacity or resources to do.

Governor Cuomo’s endorsement last month in his 2016 policy agenda of the New York State Anti-Hunger Task Force’s recommendations, alongside the creation of a statewide Council on Hunger and Food Policy, gives us an enormous opportunity to strengthen our State’s response to hunger. I’m looking forward to continued progress at the state level, and I hope that the reduction of systemic hunger in our state is something that all New Yorkers will take pride in.

FPC: What is the one food policy change at the local (or state or federal) level that would have the greatest impact on health and food justice?

The presence of hunger is indicative of an absence of justice. While there are several factors that contribute to hunger that are in other policy arenas (poverty, income, etc.), hands down, the single most meaningful food policy change to impact food justice and health would be to raise SNAP benefits to cover households’ actual food needs. Right now, SNAP provides about $1.40 per person per meal, on average – so it’s no wonder that need for emergency food peaks in the third week of the month. There is nothing just about a safety net that leaves so many relying on charity to put food on the table on a regular basis. When low-income households have more money for food, research shows they buy more nutrient-dense protein, dairy and produce – the expensive, perishable foods that can improve their dietary quality but are too often beyond the food budgets of low-income households. SNAP is positively associated with reducing poverty, improving food security, and bettering long-term health indicators. Making benefits adequate would put more people on grocery store check-out lines, and fewer on pantry lines.

FPC: “Even before a single benefit dollar was cut, more than 40 percent of New Yorkers who receive SNAP were already turning to emergency food to keep food on the table through the month. In a city where food costs are considerably higher than average – and where competing costs of
living, like rent and utilities, are higher than average as well – monthly SNAP benefits often fall short. Indeed, among participants at food pantries and soup kitchens who receive SNAP, percent report their benefits do not last past the third week of the month.” This was a quote from your testimony nearly a year ago, have things become worse?

Unfortunately, the situation has not improved. At this point, our city is losing 5.3 million meals every month as a result of the cuts to SNAP in November 2013 – that’s 5.3 million meals low-income New Yorkers would have been able to purchase for themselves with SNAP. Food pantries and soup kitchens are continuing to see more New Yorkers turning to them than before the cuts, and roughly half reported running out of food in a single month this past fall. This clearly demonstrates why charity is not, and cannot be, a substitute for policy. I am hopeful, however, that the State’s recent decision to lift the Gross Income Test for SNAP to 150 percent of the federal poverty level, which will extend benefits to approximately 750,000 newly eligible low-income New Yorkers and enable them to afford more than 240 million meals over the course of a year, could help turn the tide.

FPC: You made some very insightful recommendations in your report to the committee on General Welfare ( http://www.foodbanknyc.org/files//dmfile/FY2015PreliminaryBudgetHearingTestimony3-24-14.pdf) Have any of those recommendations been implemented? What has been done to improve emergency food and improve hunger issues amongst New York City residents in the past 12 months?

I’m happy to say that there has been forward movement on our policy agenda! The New York City Human Resources Administration has been doing tremendous work to lower barriers to SNAP access; baseline funding for emergency food has increased at both the city and state level; and the New York City Department of Education has begun implementing universal school meals (in middle schools) and breakfast after the bell (in elementary schools). While there’s a lot more work to be done, I’m really encouraged by the direction in which we’re moving.
Food policy websites you read: Marion Nestle’s Food Politics; NPR’s The Salt; Civil Eats; I’m also a regular reader of Politico’s Morning Ag

Brief resume:
Graduated from Harvard with a bachelor’s in Social Anthropology; investigated police misconduct cases at the Civilian Complaint Review Board while getting my MPA from Columbia University’s School of International and Public Affairs (with a dual concentration in urban policy and advanced policy analysis techniques); served as Chief of Staff to former Council Member Eric Gioia (26th Council District); led the Investigations Division of the New York City Council, where I authored or co-authored more than 40 policy reports that led to the passage of nine local laws; joined Food Bank For New York City as its first Director of Government Relations, and now serve as Vice President for Research and Public Affairs.

Your favorite food: Grilled octopus – I’m a sucker for it anywhere, any time

April 9, 2022
Subscribe To Weekly NYC Food Policy Watch Newsletter
Subscribe to our weekly email newsletter today to receive updates on the latest news, reports and event information
We respect your privacy. Your information is safe and will never be shared.