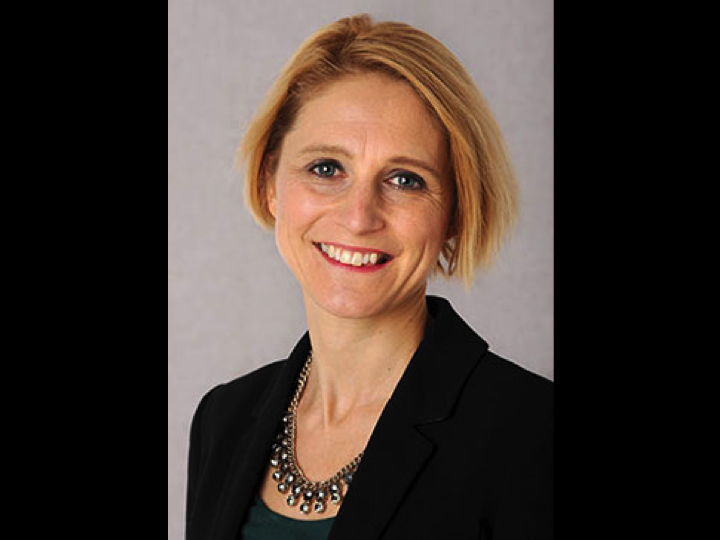 In the first instance I got into food policy because I like good food and cooking. I was a bit lost with what I wanted to do after my PhD (in geography) and took some time out. I went to Los Angeles for a few months and discovered all the farmers markets there and was entranced. I did loads of cooking over those few months. I came back and volunteered for an organization in London called Sustain: the alliance for better food and farming – it was a fantastic organization and still is. I started off with a report on food poverty and loved the work. I met Tim Lang at the Centre for Food Policy in London and realized that this is something I could make my career out of. I had really fallen in love with the subject. It seemed to me that if everyone in the world had the opportunity to eat well and enjoy food, and food was produced in a way that was good for people and the environment, the world would be a better place in all kinds of ways – something I very much still believe.

Afterwards, on reflection, I realized why food policy touched me so much on a personal level. First off my great grandfather was a scientist involved in the discovery of vitamins and had been involved in UK food policy during the second world war. It’s why I did sciences in high school even though they were my weakest subjects. So being a policy wonk was a way of taking forward that work. Most importantly, my mother had considered good food and eating well – healthily and enjoyably – really important. She was way ahead of her time in her attitudes and practices. I remember her coming into my school to complain about the atrocious school meals – and being sent packing. She died when she was in her 40s and I was 18, and never had the confidence or the support to really take her beliefs forward. That is a constant motivation for my work.

You are co-chair of the 2015 Global Nutrition Report which was released on September 22nd. What were some of the key findings?

The Global Nutrition Report reports on progress in improving nutrition — and it’s not so great: we estimate that around one of three people in the world are touched by malnutrition in one of its many forms. The World Health Organization has a series of global targets for nutrition and the UN has just adopted a series of Sustainable Development Goals which include the target to end malnutrition in all its forms by 2030. We find 119 out of the 193 countries monitored are on course to achieve at least one of the eight indicators we used for monitoring. Yet only 21 countries are on course to meet three or more of these eight, and for adult obesity and diabetes, no country is on course. So there is a lot of work to do.

In the report we communicate that malnutrition has many dimensions and that action is needed to address all of them. It spans from what is called “severe acute malnutrition” among children – we report that interventions to address this are way insufficient — to adult obesity, which is rising everywhere. We highlight the role of food systems in this multiple burden and that we need to have clear indicators of what we need to do to improve them in order to address both overweight/obesity/diet-related non-communicable diseases and undernutrition.

When experts attempt to come up with possible solutions for the obesity crisis, what are some important recommendations you can offer?

The key thing is to select and design policies on the basis of understanding the people the policy is trying to support. It’s no good investing tons of time in nutrition labeling when your population is not going to take any notice of it; taxing soda is going to be far more effective in developing countries if clean potable water is readily available. I also recommend patience: obesity has come about because as a culture, people have learned really bad eating habits. It takes time to unlearn them.

Can you explain the connection between policies that influence food systems and obesity?

In 2003 when I was living in New York City I read an article in the New York Times by Michael Pollan called “The (Agri)Cultural Contradictions of Obesity.” This was the first time he had written about this and it really sparked my curiosity. A year or so later I was working with some agricultural economists who said the opposite: that the type of agricultural policies Pollan was talking about had very little influence on what we ate because food prices were mainly influenced by what happened post-farm gate. In my own analysis both have a point: agricultural policies influence what farmers produce and how much it costs; this then influences the incentives that food processors have to use the product in what they produce. Because commodities are so cheap, they mix them up in processed foods and add huge amounts of value – that is, encourage people to pay more for them – by marketing and creating “excitement for consumers”, as they say. In other words, what we eat is not just influenced by our own personal “preferences” but the result of a whole lot of decisions made by actors in the food system.

This is the definition I’ve found on the “food value chain” from a report produced by Deloitte Touche Tohmatsu. “The food value chain is the network of stakeholders involved in growing, processing, and selling the food that consumers eat—from farm to table This includes (1) the producers that research, grow, and trade food commodities, such as corn and cattle; (2) the processors, both primary and value added, that process, manufacture, and market food products, such as flour and bread; (3) the distributors, including wholesalers and retailers, that market and sell food; (4) the consumers that shop, purchase, and consume food; as well as (5) governments, non-governmental organizations (NGOs), and regulators that monitor and regulate the entire food value chain from producer to consumer.”

Can you very briefly explain how the best way to get the food value chains focused on communicating to improve the food supply?

Basically it’s a question of having the incentives lined up. If we start by thinking of what we want to see – people eating adequate, safe, nutritious and healthy diets, everywhere – we have to create the kind of healthy environments that will enable and motivate that. But do the actors in the food system really have those incentives? Not really. We need policies and practices that line up the incentives all through the food value chain.

What is the one food policy change on a global level that would have the greatest impact on health (if you can pick just one)?

It would be a policy to require all top decision makers in international agencies and governments to be trained in food systems thinking and food policy. Then at least they would have the opportunity to understand that the solution is not going to come from just one food policy change but a range of actions to transform the food system – in a way that is entirely consistent with sustainable economic development. Pushing forward good food policy takes courage; there is not even a hope they will gain that courage if they don’t know what good food policy is all about in the first place.

Last Food Policy Book or website you read: I just started reading Dan Barber’s “The Third Plate.” I met Dan a few times when I lived in New York City and admired his passion, curiosity and intellect (as well as enjoying his wonderful food). The book looks like it has all those qualities. I should say that the first book on food policy I ever read was written by one of the staff New York City Food Policy Center – Professor Jan Poppendieck. Its an absolutely brilliant book – Sweet Charity: Emergency Food and the End of Entitlement. Every food policy student and professional should read it.

Your Current Location: I live in Cambridge in the UK. I just got back from several weeks in a little house I have in France. It’s inspiring to think about food policy in a deeply rural area. The relationship between urban and rural is a central part of food policy.

Your Education: I have a PhD in geography from King’s College London and a BSc in geography from the University of Bristol. I was educated in schools in my home town of York. I would have done better in the US system – in the UK there’s an obsession with subject specialization far too early.

Your Favorite Food: I like a wide range of foods. If I could eat something every day it would be (sustainably sourced) fish and seafood.

“Toward a National Food Policy” from Iowa Public Radio

January 25, 2016
Subscribe To Weekly NYC Food Policy Watch Newsletter
Subscribe to our weekly email newsletter today to receive updates on the latest news, reports and event information
We respect your privacy. Your information is safe and will never be shared.