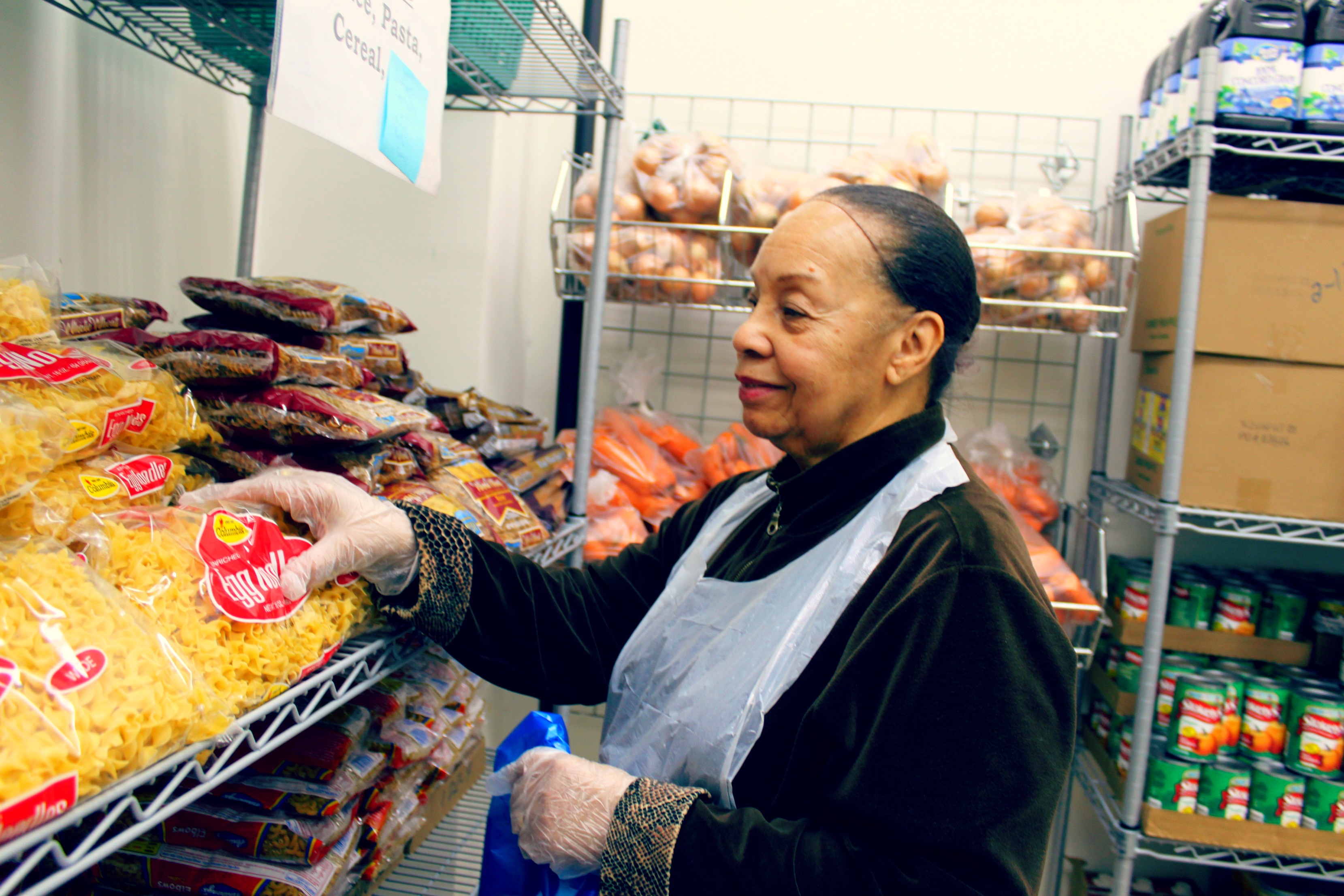 To serve special populations, including the homebound, local charity groups must focus on efficiency and innovation

In the photo, an overweight, grey-haired African American woman in a wheelchair eats from a styrofoam container. It isn’t particularly artful or compelling, but the Beth Hark Christian Counseling Center chose to feature this woman on their brochure because her story encompasses nearly everything they do.

The woman in the picture is Miss Mae – as Joan Williams, Executive Director of the Beth Hark Christian Counseling Center calls her. In her 80s, Miss Mae could not long ago be seen daily outside of a Harlem grocery store. Her son, now in prison, would deposit her there everyday so that she could beg for food.

Today, Ms. Mae is under much better care – she has a full time attendant and apartment to herself. This hard-to-digest case is just one explanation for the many forces working against one of the communities most vulnerable to food insecurity – the elderly, disabled or otherwise homebound. So much of New York City’s food assistance options require mobility, the capability to keep track of records and mail documents, or some kind of community or family assistance.

Through Medicare and other services Ms. Mae was able to get the medical and physical care she needed, but even after all the paperwork, recent changes in the Supplemental Nutrition Assistance (SNAP) program made it more difficult for her to eat for health at all times. And she still required food to be delivered since it is difficult for her to get around. That’s where Beth Hark comes in.

Beth Hark provides a variety of counseling services, but their food pantry services have seen big expansion in recent years. Hurricane Sandy, decreases in SNAP benefits, and rising rents have caused a marked increase in the food insecurity in WIlliams’ community of East Harlem. On November 1, 2015, changes in SNAP decreased benefits for 1.8 million New Yorkers, according to the Food Bank for New York City – prompting them to dub it “The Hunger Cliff”.

Beth Hark sees clients coming from all five boroughs for assistance, with the strain on resources particularly palpable at the end of the month when SNAP benefits have been exhausted.

“The need is still there and with the growing baby boomer population, I anticipate that that need is going to grow. The statistics are pointing to the fact that there is an unusually large elderly population that are going to be looking at food insecurity issues,” said WIlliams.

According to the National Council on Aging, 4 million seniors in the US rely on SNAP benefits and receive an average of $110 per month. Feeding America puts the number of seniors facing food insecurity at 5.4 million. As of early 2016, 41 percent of eligible seniors don’t participate in SNAP according to the United States Department of Agriculture (USDA). Feeding America sites issues of mobility, technology and stigma as the largest causes of the low participation rate.

By that same token, more than 40 percent of households with a disabled adult receive SNAP according to the American Community Survey’s 2015 estimate.

Williams says these populations that lack visibility rely on community organizations for services and support. “Folks who are terminally ill, facing cancer, and have a whole host of things going on…. I think one of the things that critical is that these folks don’t get lost  – the only way to that is to do things on the community level.”

The need is clear, but serving the homebound population also takes the most resources from food banks. Food deliveries may seem commonplace in dense urban areas – especially with multiple technology-enabled delivery services raising millions of dollars operating in these same neighborhoods. But transportation to make deliveries – especially of perishable items – along with the staff or volunteer force to make them possible is a hurdle too high for many food pantries.

Joan Williams and her small team at Beth Hark are hoping to improve the efficacy and efficiency of their work through technology. Nine months ago, they launched a You Caring Campaign to raise $30,000. The campaign has raised just over $20,000 and Williams has been able to supplement it with $10,000 in grants.

The funds will go towards a vehicle dedicated to transporting food pantry items to the homebound, as well as the development of an online ordering system and app to streamline communication between clients and the pantry.

The federal government seems to have had a similar idea. Included in the 2014 Farm Bill was pilot program to allow SNAP benefits to be used to pay for groceries online, to better facilitate home delivery for homebound participants. Even though SNAP benefits have been electronic in New York City for years, online transactions have never been an option,  which is a particular hardship for the homebound. (Miss Mae for example, had her benefits emptied by a caretaker she sent to the store with her benefit card in the past).

To date, the program is still in the preliminary stages – the USDA put out a press release calling for retailer participants in mid-September explaining that their efforts to date had been focused on security of the online SNAP system. “USDA is committed to maintaining the security of SNAP benefits for both the protection of SNAP participant accounts and to prevent and detect trafficking, so SNAP online purchases must have a higher level of security than most other online purchases,” says the USDA press release. They are looking to partner with five retailers in three states for a two-year pilot program. The pilot program will begin in summer of 2017 according to CNN, however, Senator Cory Booker (D-NJ), along with Representatives Barbara Lee (D-CA) and Tim Ryan (D-OH) wrote to USDA Secretary Tom Vilsack, requesting that he speed things up.

WIlliams says that of her homebound clientele, the majority will be capable of using the website and app that she will soon begin to build – allowing clients to shop from the food pantry as a regular online grocery shopper would.

The USDA is hoping that increased food security and quality of nutrition for homebounpopulations that tend to require frequent government-subsidized health services will have knock-on cost reductions over all, and reach populations that are currently disproportionately vulnerable to food insecurity, like the rural poor and senior women.

For now, Beth Hark and other food pantries are preparing for their busiest time of year – the holidays – and it’s likely to be their biggest year yet.

Ample Table for Everyone: NYC Food Based...

March 16, 2021
Subscribe To Weekly NYC Food Policy Watch Newsletter
Subscribe to our weekly email newsletter today to receive updates on the latest news, reports and event information
We respect your privacy. Your information is safe and will never be shared.