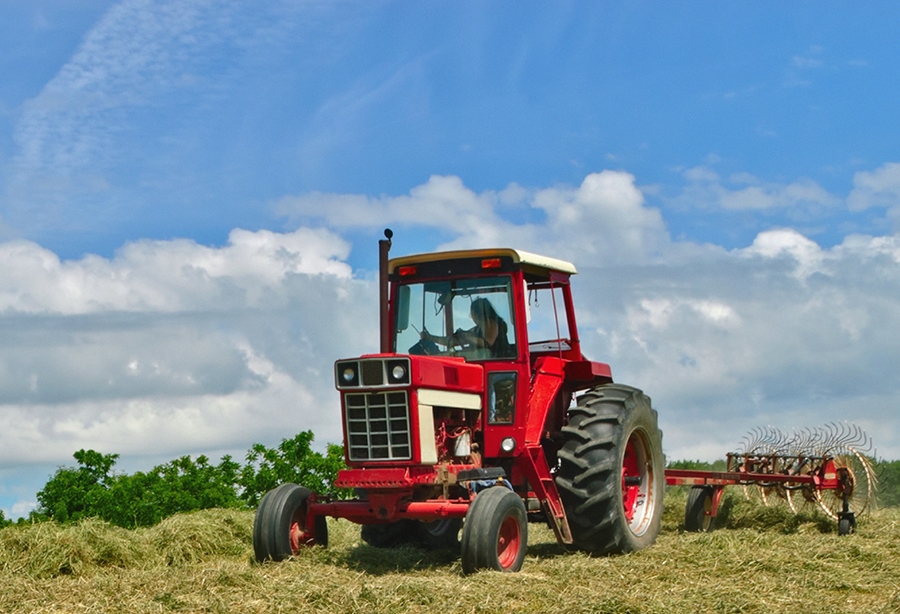 The Rise of Women Farmers and Sustainable Agriculture, a powerful and poignant book regarding the rarely discussed topic of women in agriculture, depicts the struggle and perseverance of female farmers. The  book was co-authored by five experts in the field: Carolyn E. Sachs, Mary Barbercheck, Kathryn Braiser, Nancy Ellen Kiernan, and Anna Rachel Terman.

I was able to do an email interview with the authors about the book and women’s roles in sustainable agriculture.

New York City Food Policy Center (FPC): How did you all become interested in women’s roles in agriculture?

Mary Barbercheck (MB): I have a long-standing interest in women’s participation in what are generally viewed as non-traditional careers for women. This stems from my career as an agricultural scientist.  I was interested in promoting the success of women in their chosen “nontraditional” profession (even though women have always farmed, it hasn’t been recognized).

Carolyn Sachs (CS): After working as a researcher in agriculture as well as a worker on farms, I was struck by the lack of information on women farmers and became interested in women’s roles in agriculture

FPC: Did you come together with the purpose of creating a book? Or did the book create itself?

MB: I think we came together in our mutual interest in doing research and education in support of women farmers. I think that after working for ten years together to understand their opportunities and barriers, we felt compelled to tell their story.

FPC: What do you believe to be the most important topic or message presented in the book and what was the goal of writing this book?

CS: More women are farming and they are making amazing innovations on their farms and in the process reshaping the food system. I have been interested in researching women in agriculture since I wrote my first book invisible farmers in 1981. With this team of authors, we have been studying and working with women in sustainable agriculture for over 10 years.

FPC: How does sexism play a role in agriculture?

MB: Women are largely “invisible” as farmers in the North America. Because of this invisibility, they have challenges in achieving equal access to the material, financial and social resources that can facilitate their success as farmers.

CS: Women farmers face barriers in terms of gaining access to land and capital that are necessary for success in farming. While both women and men face these barriers, women are less likely than men to inherit farms from their families—usually sons take over family operations. Women are less likely than men to have other assets which they can invest in the farm. Also, the income gap between men and women means that women who enter farming from other occupations or who work off the farm often have less income than their male counterparts.

FPC: In general, is there something you all notice to be consistent among women farmers as opposed to their male counterparts?

CS: Many women are not taken seriously as farmers by other farmers, financial institutions and agricultural organizations.

FPC: What progress do you hope this book will make in helping individuals understand their food system?

FPC: If women’s rights have been progressing for many years, why has it taken so long to see significant changes regarding females in agriculture?

CS: Great question. Agriculture and farms have long been organized as  patriarchal institutions.  Historically women have contributed significantly to agriculture on family farms, but they have often been viewed by themselves and others as farm wives. Inheritance systems still operate with sons more likely to inherit and take over family farms than daughters. With the increasing size of farms and need for more capital, women have been limited in gaining access to both land and capital. As far as agricultural institutions, many farming organizations have been gender segregated with men running the organizations and women providing support in auxiliary institutions. In agricultural extension, programs have historically been gender segregated with programs for men focused on production agriculture and programs for women focused on their reproductive labor such as home economics, food, and nutrition.

FPC: How have women’s roles in farming changed over the last decade?

CS: First, more women are farming. Between 2002 and 2012 the number of women principal operators increased by 29 percent. On family farms, men were often identified as the farmer and women were considered farm wives. Women have always contributed to agriculture and farming, but often their roles have not been recognized. Now more women are identifying as farmers. Several women farmers we interviewed described their responsibility for multiple tasks on the farm. Barb notes, “Being a farmer, you have to be everything. You have to be able to be the marketing manager, the distribution manager, the accountant, the bookkeeper, and the mechanic. You have so many hats to wear?” Marilyn describes the challenge of integrating multiple roles and tasks. “It is very challenging, and it also uses your whole self. You have to make decisions all of the time that involve ecological concepts and financial concepts and mechanical concepts and integrate all of it. You have to use your whole creativity and your whole body and your whole self and your whole energy.”

FPC: Is there a policy change that has helped “break the glass ceiling” within agriculture? Or has it yet to happen?

CS: Or as Margaret Alston on her book on women and farming in Australia refers to as breaking the GRASS ceiling. USDA has some policies to help women farmers obtain loans to start farming and to access capital. More policies to help women and also new and beginning farmers gain access to land and knowledge about farming would be helpful. USDA also funds educational programming for new and beginning farmers and many women benefit from these programs. But clearly, more needs to be done.

FPC: What change in policy would have the greatest impact on agriculture in the United States?

CS: Policies that support smaller-scale farms and sustainable agriculture would enable innovative sustainable enterprises to be more productive and successful.

FPC: What changes would you like to see in the next Farm Bill to support women farmers?

FPC: How can individuals support women in agriculture?

October 17, 2018
Subscribe To Weekly NYC Food Policy Watch Newsletter
Subscribe to our weekly email newsletter today to receive updates on the latest news, reports and event information
We respect your privacy. Your information is safe and will never be shared.