Hawaii Becomes the First U.S. State to Ban the Use of Pesticide, Chlorpyrifos 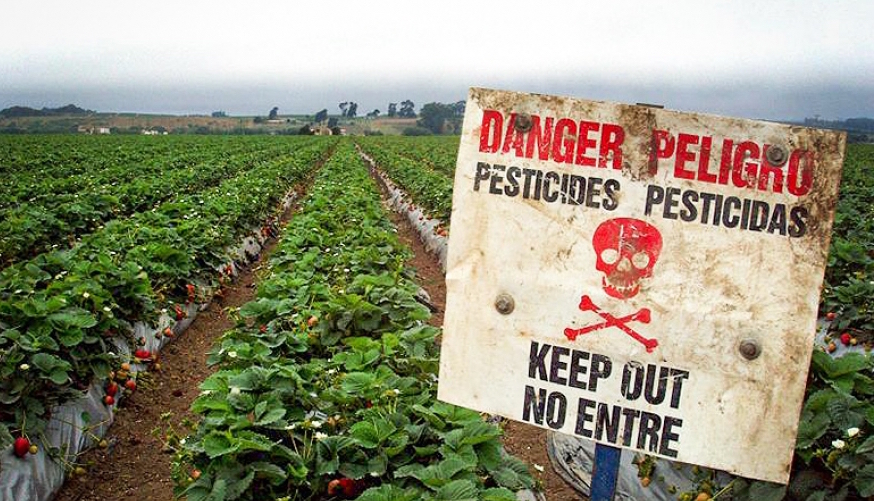 After several years of grassroots community organizing, Hawaii becomes the first in the nation to implement a state law banning the use of chlorpyrifos, a highly toxic pesticide and neurotoxin associated with developmental delays and learning disabilities in children. The law also includes a robust regulation system requiring agrochemical companies to report on use of Restricted Use Pesticides (RUPs), mandates 100-foot no-spray zones for RUPs around schools during normal school hours and requires the setting up of buffer zones around schools to prevent pesticide drift–all in an effort to protect the health of Hawaii’s keiki (children).

On June 26, 2013, after several years of mounting health concerns, reports of children getting sick and sea creatures dying, Bill 2491 was placed on the Kauai County Council’s agenda by State Senate Majority Leader Gary Hooser and Council member Timothy Bynum. The bill called for the disclosure of RUPs by all users, buffer zones around schools and other sensitive areas, and a health and environment impact study.

The bill was passed by the Council with a  6-1 vote and was then vetoed by Mayor Bernard Carvalho Jr. The Council ultimately overrode the veto and the bill became Kauai Council Ordinance 960 on November 16, 2013. After that, Hawaii County (via County Council action) and Maui County (via a citizen ballot initiative) both passed similar ordinances. However, large agrochemical companies did not comply with the new ordinances and quickly filed a lawsuit. A federal judge overturned all three ordinances on the basis that the counties didn’t have jurisdiction, but indicated that the state did have jurisdiction, should it choose to pass such legislation. Based on that judgment, the advocates’ focus shifted to getting the state to pass legislation that would achieve their goals.

Program/Policy Initiated: The bill bans the use of chlorpyrifos by January 1, 2019. It provides opportunities for extensions via temporary permits through December 31, 2022, in the event that companies need more time to respond to the ban. After that date there will be no further exceptions and chlorpyrifos will be banned permanently in the State of Hawaii. The mandatory reporting by agrochemical companies on restricted pesticide use and no-spray zone provisions (e.g. 100 feet near schools) are effective immediately with no exemptions.

The State’s Department of Agriculture is responsible for evaluation.

Office of the Chairperson

In April 2018, the European Commission voted to severely restrict the use of neonicotinoids, the world’s most widely used category of pesticides, which have been shown to negatively impact bee populations. Read More.

January 24, 2017
Subscribe To Weekly NYC Food Policy Watch Newsletter
Subscribe to our weekly email newsletter today to receive updates on the latest news, reports and event information
We respect your privacy. Your information is safe and will never be shared.