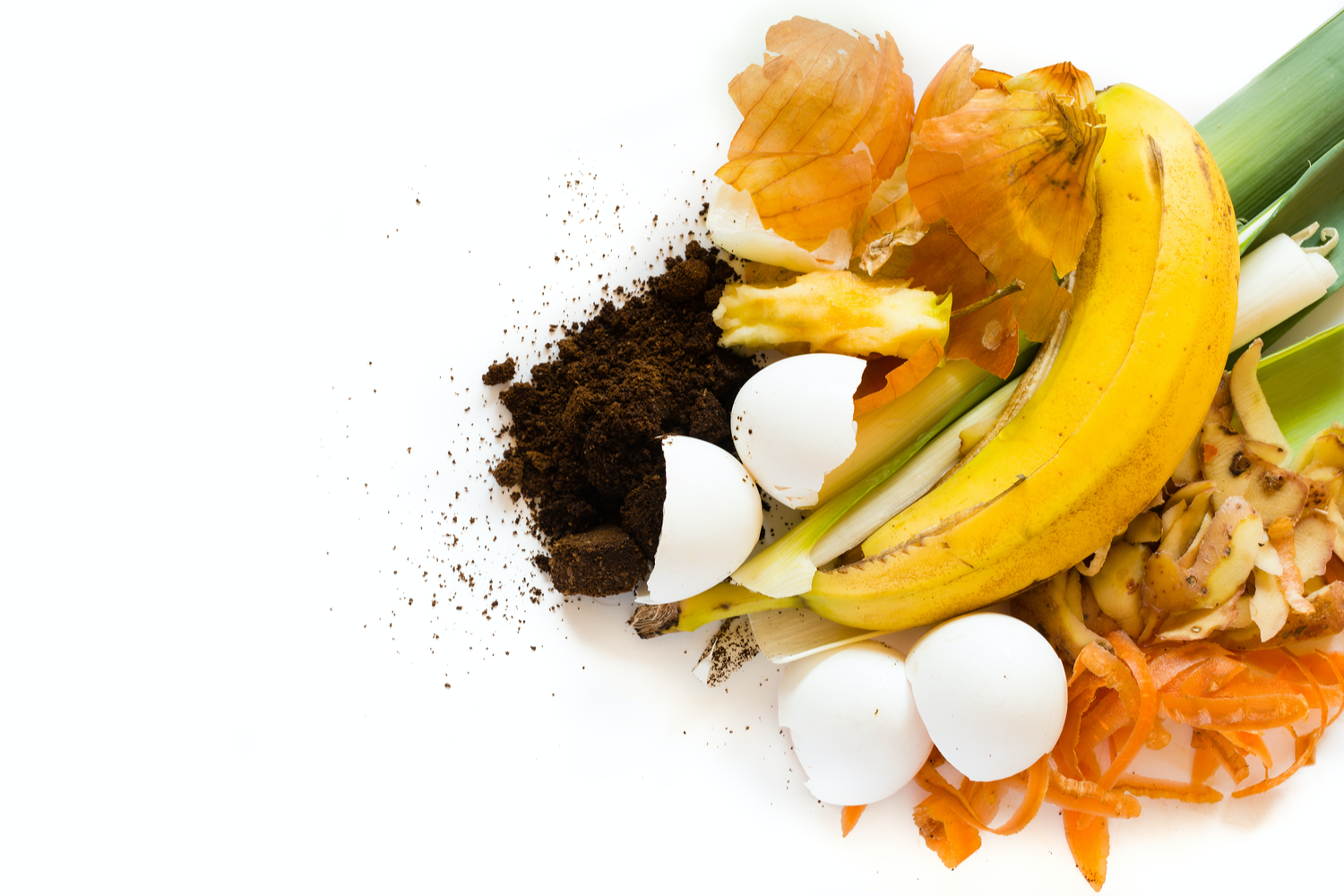 FOOD WASTE IN THE UNITED STATES

is lost each year from all points of the production cycle before even making it into consumer homes.[1] Excluding waste at home, 52 billion pounds of food from manufacturers, grocery stores, and restaurants end up in landfills.[2] An additional 20 billion pounds of fruits and vegetables are discarded on farms or left in the fields and plowed under.[3]

40 PERCENT OF FOOD IN THE US GOES UNEATEN,

which, on average, is 400 pounds of food per person every year.[4] This includes wholesome and edible food that is thrown away.  Many government-based and non-governmental organizations are focused on waste-reduction initiatives, because excess food ends up in landfills where it produces methane gas, and it also has an economic impact, because $218 billion worth of food is thrown away each year.[5]

and 21 percent of fresh water is used to produce food that goes to waste.[6] This, coupled with the fact that one in eight people in the United States is food insecure, demonstrates the inefficiency and inequity of our food system.[7]

18 PERCENT OF ALL WASTE IS FOOD WASTE

In New York State, food makes up about 18 PERCENT OF ALL WASTE.[8] Each year, about 3.9 million tons of wasted food from New York ends up in landfills, where it slowly decays and is a major contributor to methane gas production.[9] At the same time, 12.8 percent of New Yorkers are food insecure.[10]

Supermarkets, restaurants, colleges, and hospitals are some of the largest food wasters, creating more than 250,000 tons of wasted food and food scraps each year, some of which is edible food that could be rescued instead of discarded.[11]

The New York State Department of Environmental Conservation (DEC) estimates that if these food scraps were diverted from landfills, a reduction of more than 120,000 metric tons of carbon dioxide equivalents could be achieved each year, and food banks would see an increase of 20 percent in the amount of food available for those in need if just five percent of this material were donated or otherwise rescued.[12]

Effective January 1, 2022, the Food Donation and Food Scrap Recycling Act creates a code for a food waste hierarchy, focusing on the major generators of food scraps (facilities such as restaurants, hotels, universities, grocery stores and event centers) that generate an annual average of two tons or more of wasted food scraps per week).[13] These food-waste generators will be required to donate excess edible food and recycle all remaining scraps as long as the facility is within 25 miles of an organic recycling facility. The top priority of the new law will be to reroute wasted food in order to feed people in need.[14]

68 PERCENT OF ALL FOOD DISCARDED WAS CONSIDERED STILL EDIBLE

In a first-of-its-kind report, the Natural Resources Defense Council (NRDC) assessed the amount of wasted food in three cities – Denver, Nashville, and New York City. The study tracked not only how much food was disposed of in the residential sector, but also what types of foods were discarded to the trash, down the drain, composted, or fed to pets. Findings showed that in all three cities, 68 percent of all food discarded was considered still edible.[15] In New York City specifically, 54 percent of food waste was generated in residential settings, 20 percent of this waste was generated by restaurants and caterers, and the remaining percentages were generated in all other settings including health care settings, colleges and universities, grocers and markets, event facilities and food manufacturers.[16]

8.4 POUNDS PER HOUSEHOLD PER WEEK

MORE THAN $1 BILLION PER YEAR SPENT

to manage all solid waste, including $300 million to export 3.3 million tons of City-collected waste.[20]

EFFORTS TO MINIMIZE FOOD SENT TO THE LANDFILL WITHIN NEW YORK CITY INCLUDE:

[4] Gunders, Dana. “Wasted: How America Is Losing Up to 40 Percent of Its Food from Farm to Fork to Landfill.” 2017. Natural Resources Defense Council. https://www.nrdc.org/resources/wasted-how-america-losing-40-percent-its-food-farm-fork-landfill. Accessed February 11, 2020.

Transforming Places and Campaigning for Change: Project for Public Spaces

June 29, 2016
Subscribe To Weekly NYC Food Policy Watch Newsletter
Subscribe to our weekly email newsletter today to receive updates on the latest news, reports and event information
We respect your privacy. Your information is safe and will never be shared.