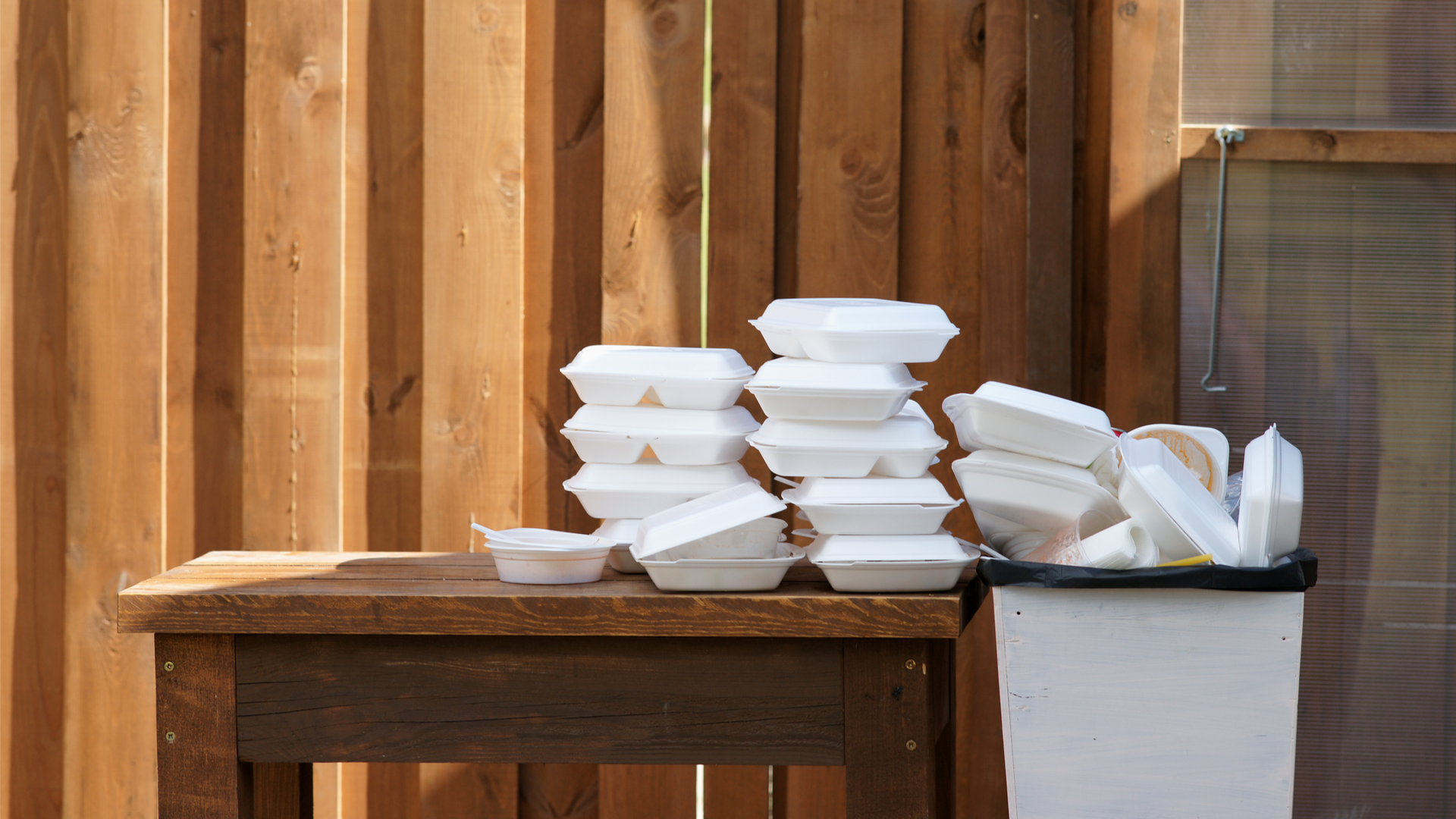 Overview: The Contra Costa County Board of Supervisors has voted unanimously to ban the use of polystyrene (also known under the brand name Styrofoam) in food and beverage containers, effective May 1, 2020. Exemptions include prepackaged foods, raw meat trays, and reusable coolers. Replacements for the polystyrene containers must be made of recyclable materials.

Program goals: To eliminate the use of polystyrene food and beverage containers throughout Contra Costa County replace them with environmentally-friendly food-service ware.

How it works: Food vendors in Contra Costa County will have six months to replace all polystyrene food wares, i.e. products used to serve or transport food and beverages, with recyclable single-use products or reusable products made of ceramic, metal, glass, or porcelain. For now, the ordinance does not call for compostable replacement products, as some jurisdictions in Contra Costa do not have compost waste collection services.

Enforcement is expected to cost about $25,000, which will come from the county’s stormwater utility assessment funds.

Progress to date: It is still too early to report any progress.

Why it is important: Styrene, the building block for polystyrene, is now classified by the World Health Organization as a probable carcinogen, yet it is still commonly used in food and beverage containers, including bowls, plates, cups, take-out containers, and trays. Styrene can leach into food and beverages, particularly when the food is at warmer temperatures. According to the Environmental Protection Agency (EPA), long-term exposure to styrene can have negative effects on the central nervous system in humans, including:

Polystyrene is not biodegradable, and because it is such a lightweight material, it can be carried easily by the wind and pollute the environment. Polystyrene also crumbles easily into small pieces, making it likely that fish and animals will ingest it; in turn, it can make its way back into the human food system.

Because many reusable, recyclable, and/or biodegradable alternatives to polystyrene food containers already exist, a ban on polystyrene should not create a burden for food vendors, and it may help to both improve the health of Contra Costa residents and clean up the environment.

Program/Policy Initiated: The ordinance passed on Tuesday, September 24, through a vote of the Contra Costa County Board of Supervisors; it is expected to be adopted by the Board on October 8. The ban will take effect on May 1, 2020, to allow food vendors six months to deplete their current supplies of polystyrene products.

Evaluation: Evaluation of this policy has not begun, as the ban has not yet been officially adopted and will not be in full effect until May 2020.

Stealing Food When You’re Hungry. Should It Be a Crime?

July 5, 2022
Subscribe To Weekly NYC Food Policy Watch Newsletter
Subscribe to our weekly email newsletter today to receive updates on the latest news, reports and event information
We respect your privacy. Your information is safe and will never be shared.