The United Kingdom Will Limit the Promotion of Foods High in Fat, Sugar and Salt 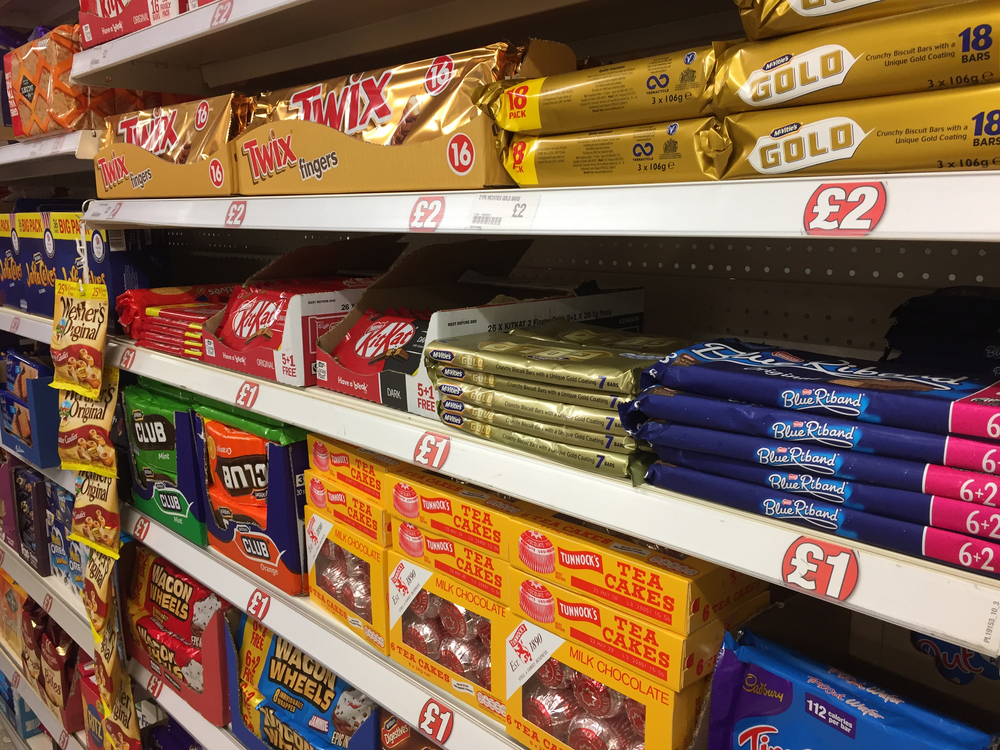 Policy name: Restricting promotions of products high in fat, sugar and salt by location and by price (HFSS)

Overview: The United Kingdom has introduced legislation that will restrict special reduced-price offers on foods with high fat, sugar, and/or salt content. The legislation will also ban free refills for sodas.

Program goals: To reduce sugar intake and obesity rates in the country

How it works: The exact implementation and enforcement of the policy has not yet been finalized. However, as it is proposed currently, the legislation will affect price promotions, in-store product location, and online locations of foods high in fat, sugar, and salt (HFSS).

Restrictions will be placed on “buy one get one free” or “three for the price of two” price promotions for these products, and free refills on soft drinks will not be allowed.

HFSS foods may not be placed in checkout aisles, at the ends of store aisles, or in store entrances. Similarly, online shopping sites may not advertise HFSS foods on their homepage or pages where customers view their online cart to check out.

Progress to date: In June 2018, the UK government first announced its plans to limit promotions of HFSS foods. From January 12 through April 6, 2019, the government consulted with individuals, businesses, and organizations, and found that 60 percent of respondents were in favor of the proposed legislation goals. In July 2020, the government announced its intention to introduce legislation, and on December 28, they opened an eight-week consultation period in which the government is seeking opinions from businesses and law-enforcement bodies regarding implementation and enforcement of the legislation.

A 2015 UK study on price promotions for sugary foods and drinks found that high-sugar food and drink items are more likely to be on sale than healthier foods, and that reduced prices encourage consumers to buy more of these products than they normally would.

The restriction of promotional sales is meant to discourage residents from buying and consuming unhealthy food, and thereby help to lower obesity rates.

Program/Policy initiated: The policy will go into effect in April 2022.

Similar practices: The UK implemented a television and online junk food ad ban in 2020; France banned free refills on sugary drinks in 2017; and Mexico recently banned the sale of junk food to minors.

Evaluation: Evaluation has not yet taken place.

Philippines to Eliminate Trans Fats by 2023

Growing the Public Sector in Food: A...

February 3, 2015
Subscribe To Weekly NYC Food Policy Watch Newsletter
Subscribe to our weekly email newsletter today to receive updates on the latest news, reports and event information
We respect your privacy. Your information is safe and will never be shared.