The Food and Research Action Committee released its annual report1 on February 16th, 2016 comparing school breakfast participation in 73 districts across the country for the 2014-15 school year.  New York City ranked last, with the lowest breakfast participation rate among low-income children of any major US city. NYC has consistently ranked as one of the lowest performing school districts in FRAC’s reports.

In an effort to increase the reach of school breakfast, the de Blasio administration earmarked nearly 18 million dollars in the city budget announced in June 2015 to expand NYC’s Breakfast in the Classroom (BIC) program. BIC rollout began in the fall of 2015 and will reach all stand-alone elementary schools by 2017-18.2 BIC moves breakfast to the start of the school day, delivering meals directly to the classroom, rather than requiring students to come early and eat breakfast in the cafeteria. According to FRAC, “Breakfast after the Bell” programs, especially in conjunction with universal free school breakfast, have been shown to dramatically increase school breakfast participation rates by making breakfast more convenient and removing the social stigma that causes some low-income students to avoid free school meals.1 NYC has had universal free breakfast since 2003,3 but has been slow to adopt BIC.

BIC in NYC started as a pilot program in select schools in 2008. By 2010, 285 schools had implemented BIC in some or all classrooms. However, program expansion halted in 2013 due to concerns raised by a NYC DOH study indicating that BIC led some students to consume two breakfasts, one at home and one at school, potentially raising their calorie intake above desirable levels.4 The findings sparked debate in the anti-hunger and public health communities over whether the benefits of BIC would outweigh the potential risk of exacerbating childhood obesity rates. Later research has challenged concerns that BIC can increase childhood obesity. A recent working paper5 tracking outcomes four years after BIC implementation in NYC schools found no evidence of increased BMIs or incidence of obesity amongst participating students.

While BIC clearly increases breakfast participation, and, according to some evidence, improves school attendance rates, research supporting BIC’s effect on academic outcomes has been mixed.6-9 Opinions on the program have also varied. Parent focus groups conducted in January of 2016 by Share Our Strength, an anti-hunger advocacy group, indicated that parents liked the idea of BIC, believing it would provide a safer, calmer eating environment than the school cafeteria, and allow time for students to bond with teachers and classmates.10

However, the program rollout has had its problems. The Federation of Teachers’ (UFT) recent testimony to the NY City Council detailed that while the UFT “fully support[s] the [BIC] program,” serving breakfast in the classroom has been messy and time-consuming.11 In a December article in the NY Post, one parent claimed that BIC “robs kids of instructional time, feeds them junk and turns teachers into waitresses.”12 Parents in NYC and other districts with BIC have raised concerns about the high sugar content of the food served,12,13 as well as the food industry ties of some entities promoting increased school breakfast participation.14

In a city where 1 in 5 children lives in food-insecure homes,15 NYC must do a better job providing breakfast to kids of struggling families. BIC is not without its challenges, yet it does stand to offer important resources to combat childhood hunger. Lessons learned from this school year’s rollout should inform program improvements ensuring that all children start the day with a healthy breakfast. 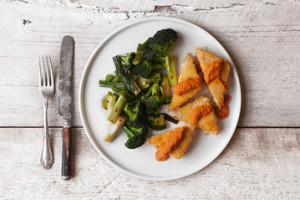