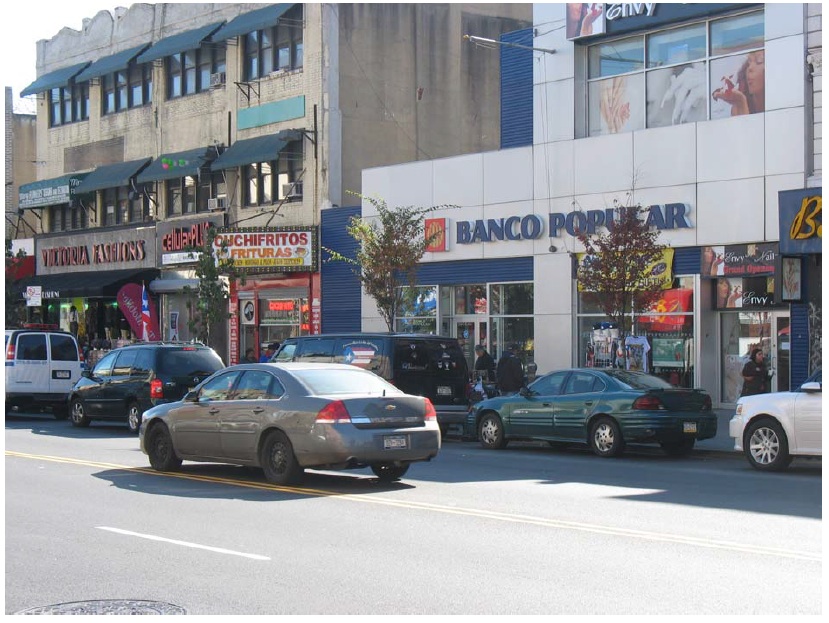 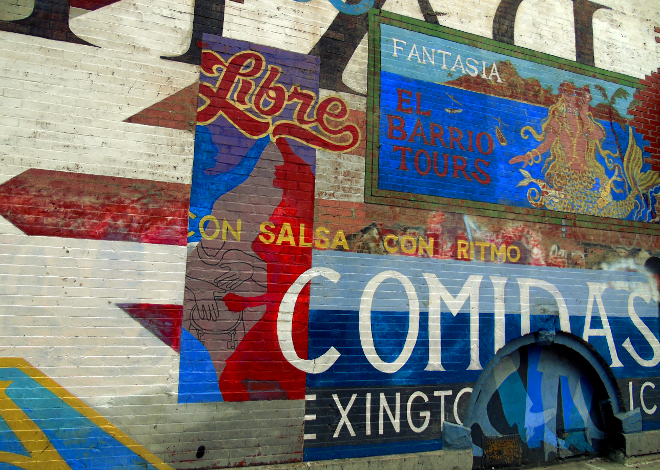 In order to create healthier local food environments, public officials, advocates and community residents need detailed information on current conditions.  To help develop that understanding, we summarize data on food environments in East Harlem (defined here as zip codes 10029 and 10035). Data are the most recent we could find.

Just under 30% of the population had incomes below the poverty line, making East Harlem the 13th poorest of New York City’s 59 community districts.  In 2012, 44.2% of East Harlem children lived in poverty.

Of the 41,504 households in East Harlem, 69% reported earning some income in 2013 and 28% reported they received SNAP benefits.

66% OF THE RETAIL ESTABLISHMENTS ARE BODEGAS

Each system for counting food establishments yields different numbers, mostly because of different definitions. A Google search for retail food establishment shows 103 in East Harlem, of which 65% are groceries, 12% delis, 11% supermarkets, 6% produce stores and 7% some other kind of outlet.

A 2007 survey of all stores selling food in East Harlem by the New York City Department of Health found 263 establishments, of which 66% were bodegas, 13% specialty stores, 8% supermarkets, 7% convenience stores and 6% drugstores.

Of the 177 restaurants that the health department located in East Harlem, 27 were fast food stores.

A more recent (2011) study of 2 census tracks (182 and 188) in East Harlem by the Cornell Cooperative Extension Service found 138 sources of food (including soup kitchens and community gardens) of which 39% were take-out or formula fast food, 21% were bodegas, 12% were street vendors, 10% were convenience stores or drug stores that sold food, 8% were specialty markets and 10% were some other category, including 2% supermarkets.

$90 MILLION IS SPENT ON FOOD IN EAST HARLEM

Community Board 11 estimates that East Harlem residents spent about $340 million on food each year, the largest spending category in the district.  Of this about $90 million is spent in East Harlem.

Based on data provided by USDA, we estimate that 11,629 households in East Harlem spent a total of $38.2 million dollars in SNAP benefits in 2013.

In 2004, the average annual death rate for people under the age of 75 in East Harlem was the second highest in New York City, higher than in 41 of the 42 health districts. Heart disease, cancer and diabetes, all conditions related in part to diet, accounted for 35% of the years of potential life lost in East Harlem in the years 2002-2004.

For more information on food environments in East Harlem:

Food Policy for Breakfast Getting to Yes on Salt: How to Translate Conflicting Evidence into Public Health Policy – Resources

September 26, 2017
Subscribe To Weekly NYC Food Policy Watch Newsletter
Subscribe to our weekly email newsletter today to receive updates on the latest news, reports and event information
We respect your privacy. Your information is safe and will never be shared.