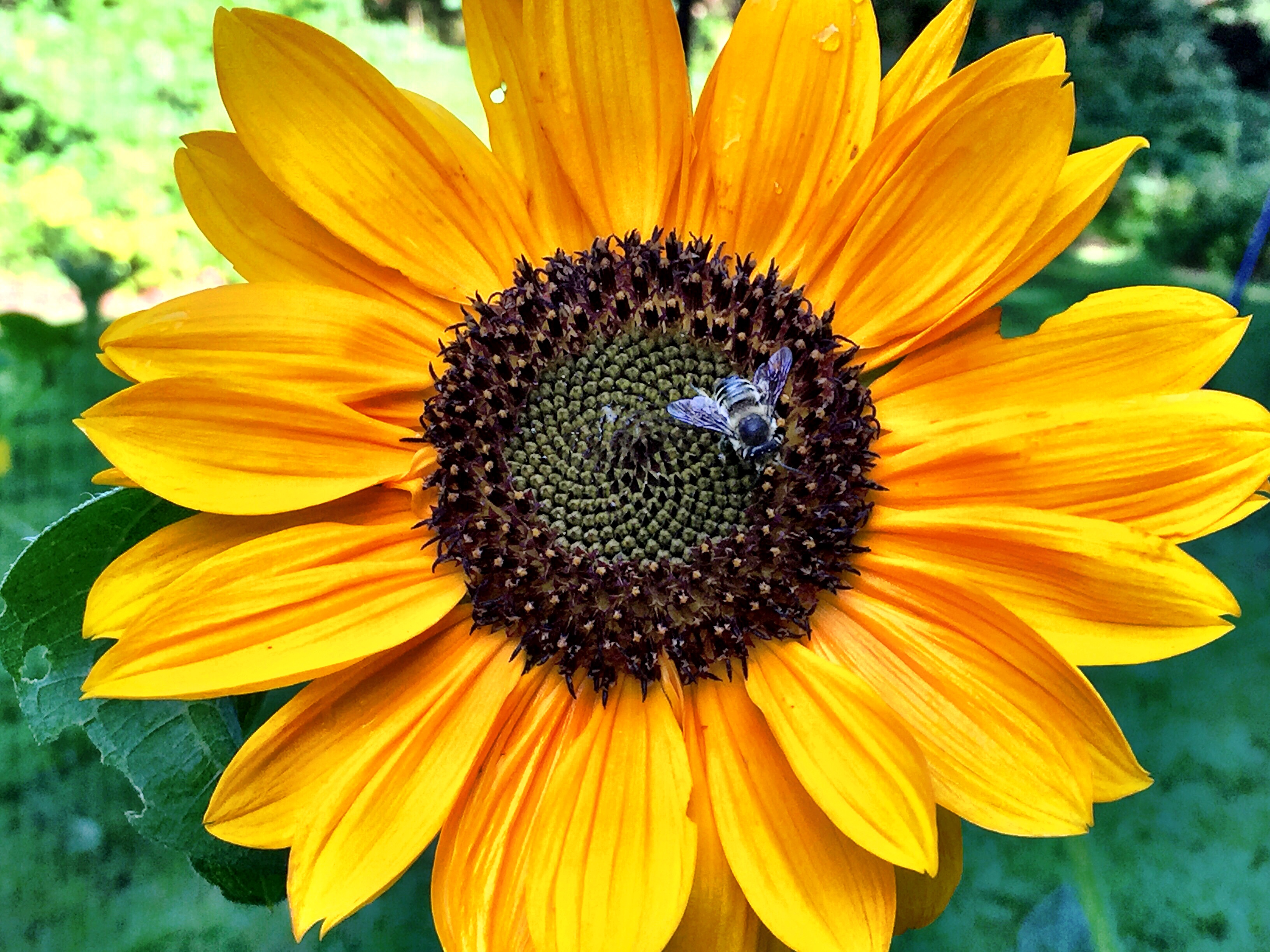 In the fifth and final post of our Farm Series, we highlight farms with a twist: bee farms. These three apiaries are home to hundreds of thousands of tiny residents, helping to pollinate NYC’s flourishing urban agriculture movement. These farms are not open to the public.

Location: More than 30 hives are located on multiple rooftops throughout the city

Founded: In 2012, by Brooklyn Grange, which has two other rooftop farms—in Long Island City and the Brooklyn Navy Yard (featured in the fourth post in our Farm Series)

One of the many reasons they’re amazing: They support bees and future beekeepers, hosting a season-long beekeeping training program

One of the many reasons they’re amazing: They provide a safe home to 360,000 European honeybees each year

Amount produced annually: 400 pounds of honey; they don’t weigh the produce, but have 40 varieties of plants and the herb production tends to be heaviest

Where to find their products: The honey is used in seasonal ale (Waldorf Buzz), spa treatments, specialty cocktails, and desserts; the produce is used by the hotel kitchen

Founded: In 2010, soon after beekeeping became legal in NYC

One of the many reasons they’re amazing: This little apiary has produced award-winning honey, taking first place in the Waldorf Astoria’s “Battle of the Bees” contest in 2015

Amount produced annually: Varies from season to season, from 70 to 200 pounds

Where to find their products: At the museum’s gift shop

Interview with Kathy Soll, CEO and Director of Teens For Food Justice

From Farm to Fork this Alliance is...

July 17, 2018
Subscribe To Weekly NYC Food Policy Watch Newsletter
Subscribe to our weekly email newsletter today to receive updates on the latest news, reports and event information
We respect your privacy. Your information is safe and will never be shared.