“Meatless Meat” and the Increasing Popularity of Plant-Based Meat Alternatives 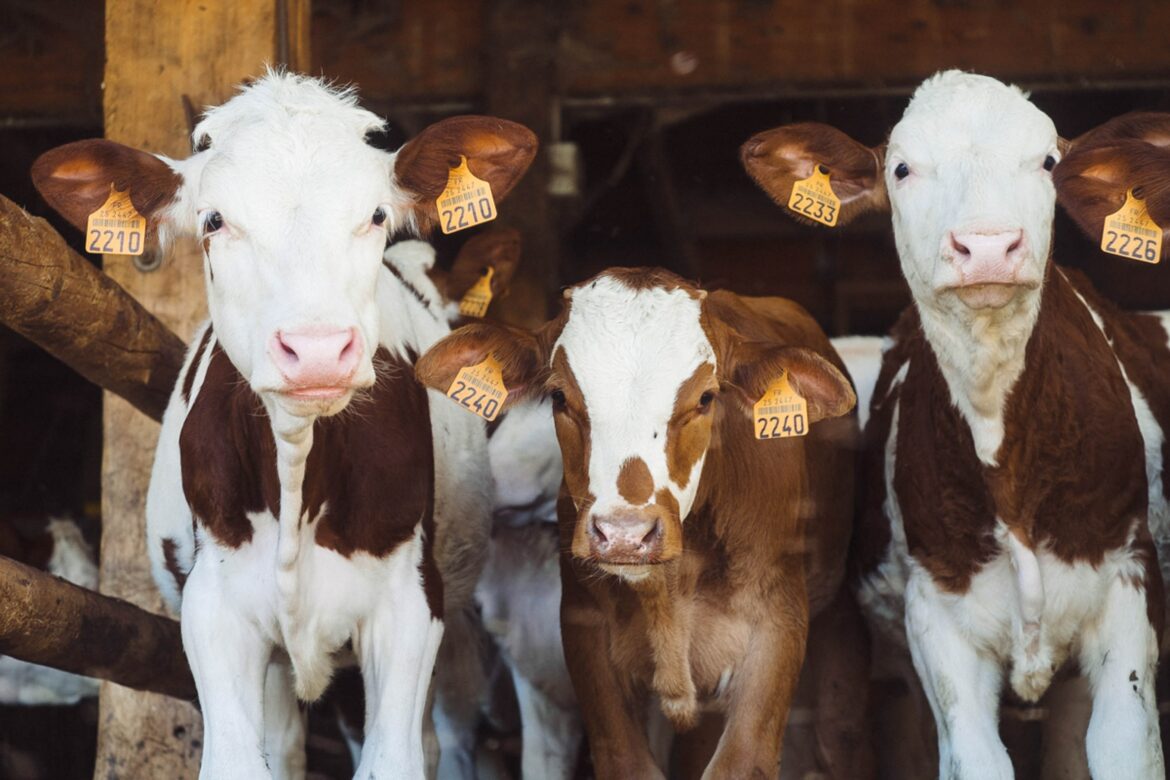 Meat analogues, often known as “meatless meat,” have been steadily gaining popularity over the years, especially with the success of products such as the Impossible Burger and Beyond Meat. These products are often praised as healthier and better for the environment, and many people hope that they will encourage consumers all over the world to become less reliant on red meat. That said, however, there is often confusion and misunderstanding about the sources of these plant-based proteins and just how healthy they actually are.

The history of plant-based meat alternatives

Protein-packed alternatives to animal products have been available and consumed for hundreds of years. Perhaps the best known meat alternative is tofu—a bean curd derived from soybeans—that,  according to legend, was developed in China in the second century. Many people complain that it is bland or flavorless, but tofu is, in fact, a very versatile food that tends to pick up the flavors of other ingredients it is cooked or served with. Tofu gained popularity in the Western world in the second half of the twentieth century as a healthier source of protein.

Another soy-based alternative is tempeh, an Indonesian food made from fermented soybeans that generally contains more protein than tofu. And, finally, there is seitan (also called wheat gluten), which is made from wheat flour and closely mimics the texture of chicken and has been used in East Asian cuisine since at least the fourteenth century. Additions such as stock, soy sauce or spices can be kneaded in to add to its flavor.

Vegetarians and vegans (who  make up less than ten percent of the United States population) have used tofu, tempeh and seitan for years and also tend to be very familiar with traditional veggie burgers, which are often made with beans or other high-protein plants. The makers of modern meat analogues are now trying something different—marketing plant-based products to meat eaters who make up a much larger portion of the population. Trying to sell a quinoa burger to a meat-eater is an incredibly difficult task, but this marketing shift has, in fact, proved lucrative for plant-based meat companies, whose sales have grown slowly but steadily each year. Beyond Meat’s initial public offering (IPO) in 2019 turned out to be the most successful IPO of the year, indicating the faith that investors have in the future of plant-based meat.

As meatless meats have grown in popularity, the preferred descriptive language has shifted. “Plant-based” has emerged as the favored term among consumers looking for meat-free alternatives,  perhaps because many consumers would like to eat more plant-based foods without becoming fully vegetarian or vegan.

How is meatless meat made?

Traditional veggie burgers, which are typically marketed toward vegetarians, are often made with protein-dense plants such as black beans or chickpeas and do not attempt to recreate the texture and flavor of real beef. On the other hand, meatless meats, such as the Impossible Burger, were designed with meat-eaters in mind; the patty even “bleeds” like a beef burger. Complex combinations of complementary flavorings are used to achieve the desired taste, whether it’s beef, chicken, pork, or any other animal product.

The key to the Impossible Burger’s meaty success is heme, a molecule that helps blood carry oxygen throughout the body and gives meat its distinct flavor. Heme is released by legume hemoglobin (in animal meat, myoglobin releases heme), and when heated it gives plant-based meat the distinct red coloring of beef. Legume hemoglobin used to be harvested from the roots of soy plants, but nowadays it is made in a lab from genetically modified yeast. The company considers this process more environmentally sustainable and scalable than harvesting hemoglobin from soy roots. Coconut oil is often added to mimic beef fat.

This key ingredient was the subject of some heated controversy and conversation before it received FDA approval in 2018 (approval which, it should be noted, was not required in order for the product to be sold). While humans have been consuming nearly all parts of the soy plant for centuries, the hemoglobin found in its roots had never commonly been used by any company, community, or culture. Furthermore, the hemoglobin that Impossible uses is produced in a lab from yeast, not soy, making many consumers skeptical of heme, which was entirely unfamiliar to them.

Animal meat, especially red meat, is often vilified as detrimental to the health of the environment, and meatless meat has relied heavily on that environmental argument in its marketing. It has been well known for many years that meat production, especially beef production, is a major contributor to greenhouse gas emissions. Livestock use huge amounts of the Earth’s land and water resources, and cattle are known producers of methane, a powerful greenhouse gas. However, it is important to note that not all animal meat is created equal: the environmental impact of animal meat produced at a large industrial plant is certainly different from that of meat produced by a small-scale family farm.

Meat analogues generally do not have as profound an environmental impact as beef, but substantial energy is still expended on their production, and they are not a perfect alternative. In truth, they are highly processed foods and produce more emissions than simple, unprocessed foods including fruits, vegetables and legumes.

Some proponents of plant-based meat also claim that it is healthier than animal meat, but that is not always true: some plant-based meats are lower in fat than real beef, but most are significantly higher in sodium. They were developed to imitate animal meat as closely as possible, and in the process of creating this imitation plant-based producers use salt, which most people love, to get consumers on board with their products.

How policymakers have responded to plant-based meat

The labeling of meat analogues has been a major hurdle for companies and policymakers to overcome. Should these products be called “meat” when they do not include any animal products whatsoever? In 2019, a bipartisan pair of U.S. representatives introduced legislation that would require all meat analogues to use the word “imitation” on their packaging. The bill has yet not moved forward, but individual states have created many regulations and seen many legal challenges for plant-based products, including meat analogues and non-dairy milks. One Oklahoma case involving the vegan packaged-food company Upton’s Naturals found that the company’s packaging was misleading to consumers.

Many groups are struggling with exactly how to label their plant-based meat products. In 2019 the Plant Based Foods Association, a trade organization, released labeling standards for plant-based meat  that allow the use of words and phrases like “meat,” “chicken,” “burger,” etc., but require use of a qualifier such as “meatless,” “vegetarian,” “plant-based,” etc. These labeling standards are not law but do set guidelines that policymakers could potentially consult when writing legislation.

Most policymakers and lobbyists claim that consumer confusion is the primary reason plant-based foods should not be allowed to use animal terms. Plant-based meat companies, on the other hand, argue that restricting the words they can use on packaging infringes on their freedom of speech. One study found that participants were not confused by plant-based meat companies’ using animal terms for products that did not include animal ingredients; rather, they were confused by what a product was supposed to taste like if the packaging did not include animal terms.

Another labeling hurdle faced by meatless meat is whether or not the product should be considered a genetically-modified organism (GMO). The debate over the healthiness and ethics of GMOs is ongoing, with scientists and healthcare professionals having varied opinions on whether they are healthy for human consumption, environmentally sustainable, efficient for production, and much more. There is no one rule about whether meat analogues are considered GMOs. Some, like Beyond Meat, have been verified as non-GMO by the nonprofit Non-GMO Project.  And while the federal government does not require explicit labeling for all GMO products, it is important for policymakers to pay attention to the GMO debate so that the work they do reflects the needs and desires of their constituents.

The future of meatless meat

The plant-based meat industry has plenty of room for growth, and companies continue to develop formulations and technologies that improve the health benefits, taste and environmental impact of these foods and could, therefore, help to get more people on board the plant-based meat movement. Animal farmers, however, complain that large companies diving into plant-based meat are squeezing them out and not supporting them through hard times. Policymakers, especially those from rural areas, must make sure that animal farmers are not left behind should the popularity of plant-based meats continue to grow. This could include helping such farmers transition out of the animal business or change their agricultural practices to be more sustainable without sacrificing affordability.

During the COVID-19 pandemic, demand for plant-based meats grew significantly. As meat-processing plants closed because of the pandemic, prices for animal products rose. Plant-based producers responded by cutting their own prices in an attempt to compete more effectively with the beef industry, which is heavily subsidized by the government. Furthermore, as the plant-based meat industry expands, competition and efficient supply chains will likely bring prices down even further.

Companies that produce healthier plant-based alternatives are attempting to draw in consumers seeking to improve their health by reducing their animal product intake. Beyond Meat has already released a lower-fat version of their meatless ground beef, and in 2020, the Dietary Guidelines Advisory Committee determined that plant-based diets are better for individuals’ health, which could increase consumer demand for healthy meat alternatives. In addition, for those less concerned about their health, researchers are currently looking into a way to use a 3-D printer to reproduce living cells and create real meat steaks that do not come from a real animal.

The future of plant-based meat seems bright, and research is helping to make  it healthier and tastier. With appropriate support from policymakers, the food industry in this country has the potential to be more sustainable for farmers and consumers alike.

January 6, 2021
Subscribe To Weekly NYC Food Policy Watch Newsletter
Subscribe to our weekly email newsletter today to receive updates on the latest news, reports and event information
We respect your privacy. Your information is safe and will never be shared.