Smita Narula is a human rights advocate, attorney and academic who has worked globally to promote and defend sustainable access to nutritious food as a fundamental right.

Our global food system is deeply unjust.  Nearly a billion people go to bed hungry every night, even though we currently produce enough food to feed the world’s population.  People are hungry because they have been impoverished and do not have economic access to food.  Or they are hungry because they have been denied and dispossessed of resources on which they depend to produce or procure food; resources such as land, seed, water, forests, fisheries.  In many parts of the world it is a combination of the two.  Ironically, a majority of those who go hungry are actually involved in the production of our food as small-scale farmers or agricultural laborers—most of them women and people of color.

I came into the food policy field through my work as a human rights advocate and academic.  I believe that ensuring equitable and sustainable access to sufficient, nutritious food for all is one of the major human rights challenges of our time.  And how we rise to this challenge today (including whether we take action to ensure that our food is produced sustainably), will shape and inform the trajectory of human rights and of humanity for generations to come.

I’m sure you can write a book on the concept of a “right to food,” however can you give us a brief overview?

The world over, freedom from hunger and access to sufficient, nutritious food is recognized as a fundamental human right. The right to food, as enshrined in international human rights law, calls on governments to ensure that all people have access to food that is safe and nutritious, meets their dietary needs, and is appropriate to their cultural backgrounds.

Specifically, governments must ensure that:

Governments must ensure these rights in a transparent and non-discriminatory manner and they must empower people to obtain food in ways that respect their dignity and autonomy. Governments must also ensure that people have the opportunity to participate in policy decisions that affect their right to food, and must ensure effective remedies for those whose rights have been violated.

The right to food, then, is not simply the right to a minimum number of calories or the right to be fed; rather, it is the right to a political and economic system wherein people are empowered to provide for themselves in a dignified and sustainable way. As articulated by food sovereignty and peasants rights’ movements from around the world, it is also the right to a food system that puts the people who produce, distribute, and consume food at the center of food policies—rather than markets and corporations.

Can you explain what’s happening with Indian farmers?  Also how it relates to GMOs and what are a few suggested solutions?

More than a quarter of a million Indian farmers have committed suicide since 1995—that’s the largest wave of recorded suicides in human history. A great number of those affected are cash crop farmers and cotton farmers in particular. These farmers and their families are victims of India’s longstanding agrarian crisis. Economic reforms and the opening of Indian agriculture to the global market over the past two decades have increased costs, while reducing yields and profits for many farmers, to the point of great financial and emotional distress.

To purchase expensive farming inputs, including genetically modified cottonseeds, smallholder cotton farmers often take out multiple loans from community money lenders who charge exorbitant interest rates. During a bad year, money from the sale of the cotton crop might not cover even the initial cost of the inputs, let alone suffice to pay the usurious interest on loans or provide adequate food or necessities for the family. Often the only way out is to take on more loans and buy more inputs, which in turn can lead to even greater debt. Over time, these farmers find themselves trapped in a cycle of insurmountable debt and many end up resorting to suicide to escape their financial pressures as well as the ongoing harassment of moneylenders.

A great deal needs to be done address a problem of this magnitude, which is also quite complex. Two concrete steps include: ensuring greater access to official credit in rural areas so that farmers do not need to turn to exploitative private moneylenders; and facilitating the availability of traditional seeds through community-managed “seed villages,” as has been recommended by India’s National Commission on Farmers.

Focusing locally, what do you believe to be the greatest food policy challenges for New York City? And the greatest opportunities?

New York City, like many parts of the country, suffers from a great food divide wherein one’s access to nutritious, healthful food is greatly dependent on one’s economic class.  This divide can be seen and felt all over, but is also very visible in our schools. 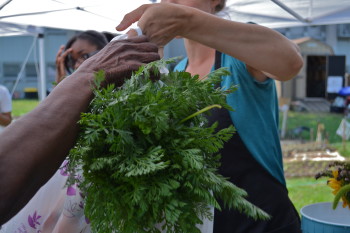 New York City is also home to an incredible amount of activism and grassroots movements that are actively challenging inequity and structural racism in our food system.  In addition to calling for more just policies to help break the food divide, these movements are also cultivating innovative community-based strategies to help people provide for themselves.

What is your thinking about the connections between hunger, food insecurity and obesity? What strategies do you suggest for better integrating the efforts to reduce these two food-related problems ?

A lack of economic and physical access to healthful foods can make people vulnerable to both food insecurity and obesity.  Food insecure families, for example, face difficult trade-offs between purchasing low-cost, poor quality food and higher-cost healthful foods. Three dollars today will buy 3,767 calories of processed food such as soda and chips but only 312 calories of fresh fruits and vegetables.  For families whose resources are stretched thin, purchasing a sufficient amount of healthful food may not be economically possible.

Moreover, low-income families may face difficulties physically accessing supermarkets and grocery stores that carry a greater variety of fresh and nutritious foods. The USDA estimates that 23.5 million people live in low-income neighborhoods that are more than one mile from a supermarket or large grocery store.  The time and transportation costs associated with reaching supermarkets from these so-called “food deserts” can make it particularly difficult for low-income households to obtain healthful foods, further increasing their risk of obesity and related health problems.

We have in part arrived at this point because we have an agricultural policy that heavily subsidizes (and makes cheaper) the very foods that are contributing to the obesity epidemic, while keeping healthful food out of economic reach.  Part of any strategy to resolve this issue therefore has to include a re-examination of our system of agriculture subsidies, which also tends to benefit large-scale agribusinesses.

What is the one food policy change at the local (or state or federal) level that would have the greatest impact on health? 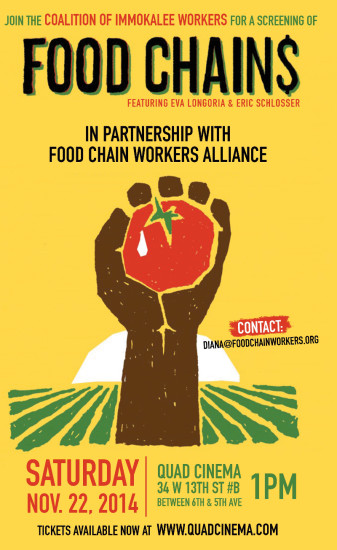 We live in one of the richest countries in the world, yet 1 in 6 individuals among us is food insecure. Food insecurity in the United States is not the result of a shortage of food or of resources. It is the result of poverty, perpetuated by policies that fail to ensure a living wage or prioritize Americans’ basic needs. Yet we continue to talk about and treat hunger as a matter of charity, instead of a matter of justice. We continue to treat access to sufficient, nutritious food as a privilege, instead of a fundamental human right.

As a basic starting point we need to shift our focus from treating food assistance as an act of charity, to ensuring access to adequate food as a human right. This means calling on our lawmakers to provide a strong social safety net, ensure a living wage, and adopt a coherent national food strategy that connects the dots between our agricultural, trade, environmental, social welfare, and public health policies. It also means building social movements to hold lawmakers accountable when they fail to prioritize their citizens’ most basic needs and ensure the right to food for all.

Can you give us a few examples of how we can be better food citizens?

A good place to start is to inculcate in ourselves greater consciousness about the injustices and inequities in our food system. Much of the food we consume comes to us by way of great violence to our ecosystem, and to the people who produce it. Armed with that knowledge we can then begin to modify our consumption patterns, and not just with regard to food but also with regard to other resources that we so freely consume. We can also engage in solidarity with and actively support food sovereignty and food justice struggles around the world, and right here in the United States. Whether it is to support demands to ensure a living wage or to put an end to corporate land grabbing, these struggles aim to ensure a global food system that is far more sustainable and far more just for us all.

I am currently reading a recent publication by WhyHunger called Agroecology: Putting Food Sovereignty into Action.

Favorite Food: Too many to choose from! What actually comes to mind are my favorite food experiences: like eating a perfectly ripe, sweet mango on a hot summer day in New Delhi, or biting into the first cherry tomato of the season, plucked straight from the garden (or in my case an Earth Box).

March 25, 2020
Subscribe To Weekly NYC Food Policy Watch Newsletter
Subscribe to our weekly email newsletter today to receive updates on the latest news, reports and event information
We respect your privacy. Your information is safe and will never be shared.