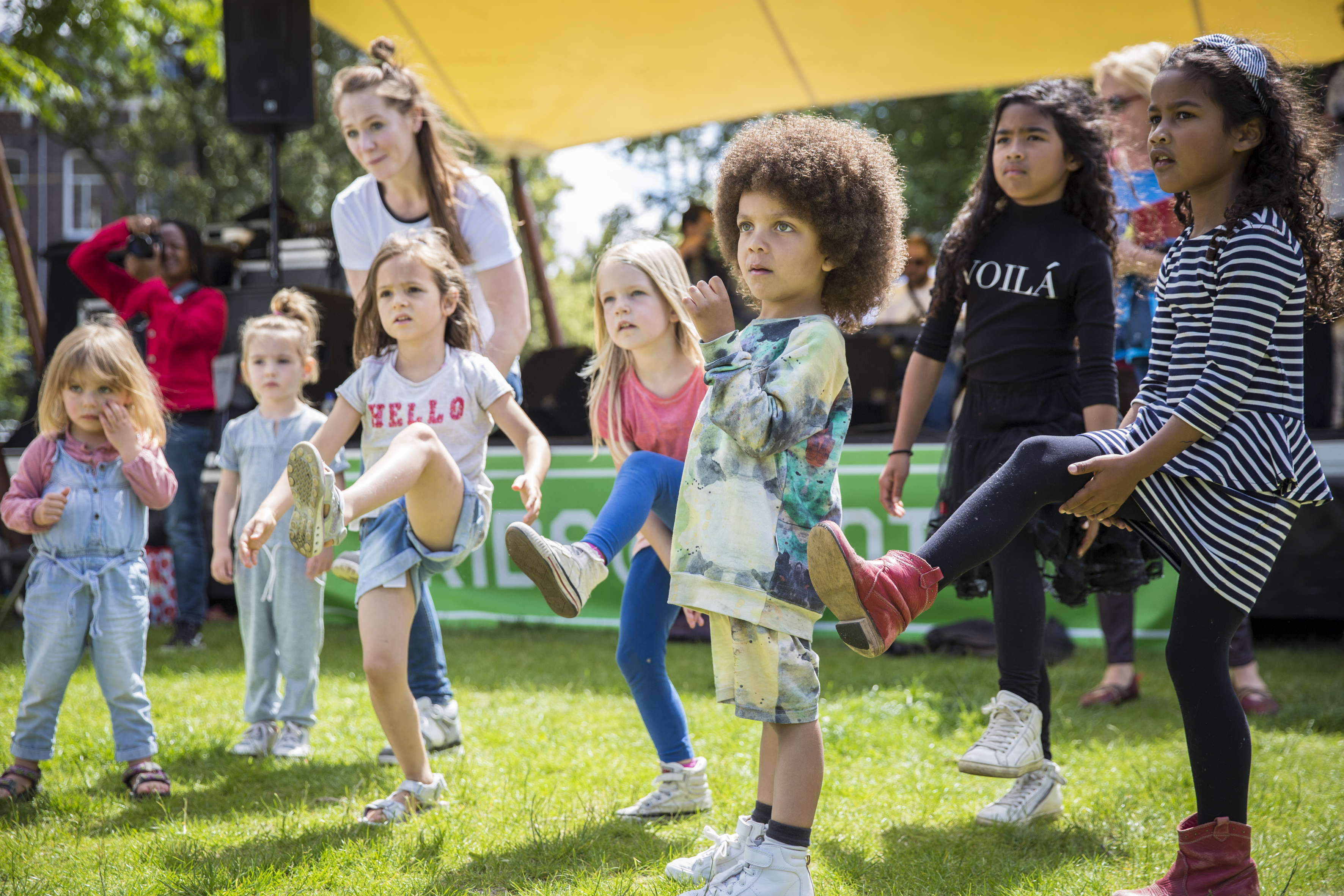 The Amsterdam Healthy Weight Programme considers childhood obesity a matter that must be dealt with by all sectors of government (rather than just a matter of public health) and by all other citizens via policies and work. The AAGG differs from other healthy weight initiatives in its consideration of childhood obesity as something greater than just a public health issue – it is a shared public burden.  The AAGG also sets itself apart from other initiatives with its study of the underlying causes of childhood obesity, like psychological states or social environments.

Departments of public health, healthcare, education, sports, youth, community, poverty, and more were called upon  to take action to fight childhood obesity. The city believes that any neglect of morbidly obese children is a form of child abuse.

The AAGG’s plan is laid out in a “marathon,” stepwise format that will hopefully eradicate childhood obesity in Amsterdam in twenty years.

At this point, it is difficult to draw conclusions on the effectiveness of the AAGG, since the program’s first checkpoint is in 2018, five years from its starting date. Obesity is decreasing, according to the City of Amsterdam, with a large decrease of 18 percent in low socioeconomic groups.

In 2012, the city of Amsterdam pledged to eradicate childhood obesity by 2033 through the Amsterdamse Aanpak Gezond Gewicht (Amsterdam Healthy Weight Programme). The City Council’s Alderman (or Deputy Mayor) pushed childhood obesity to the top of the agenda until the executives running the city committed to tackling the issue. This commitment came – purposefully – without funding as it was the intention of the Alderman to use existing resources from all city departments to attack childhood obesity and the Amsterdam Healthy Weight Programme was implemented in 2013.

The program is directed towards all children, but places a special focus on those deemed more at risk,  those more socially and economically disadvantaged, and those already overweight.

The City of Amsterdam is urging people to think of childhood obesity as a shared problem, one that everyone must take responsibility for. The AAGG has ten pillars for change:

Six pillars are preventative, one is aimed to cure, and three attempt to facilitate change. An interdepartmental team has been established to integrate services from different departments to apply to these pillars.

The phrase that is guiding the program is “learning by doing, doing by learning” meaning that the AAGG will constantly be under review and open to change as it continues to implement policies and observe its impact. A team was created to gather evidence-based data on the effects of AAGG’s actions to catalyze this ideal for constant change for the program. AAGG is set up in stages; for example, the generation of children born in 2013 will the be the first generation to feel the effects of the program, as the first goal of the program is to have a healthy average weight for all 0-5 year olds in Amsterdam by 2018. In 2023, the goal will be extended to children of ages 0-10. By 2033, all children under the age of 19 will be a healthy weight. The reason for this approach in stages is so that the program can resist changes in electoral cycles.

The interdepartmental team mentioned previously also works closely with city programs, like Moving Amsterdam, the Amsterdam Poverty Programme, and the Amsterdam Food Strategy, to find ways in which the programs can support one another in their goals for healthier children.

One example of a program implemented is Jump-In, a program that encourages healthy consumption of food and drinks as well as exercise in schools. Although the program was initially declined, it is now doing very well and teachers are appreciative of the educational benefits that come with healthier students; According to the International Panel of Experts on Sustainable Food Systems (IPES),  overweight children have an increasingly difficult time learning in school.

The AAGG understands that it is vital to engage people directly if any change is to be seen. Parents need to be addressed and educated if childhood obesity is to be eradicated, because parents are integral parts of the youth’s lives. AAGG reached out through educational programs with interactive theater and open, two-way conversations between health care officials and children.

In 2013, an estimated 27,000 or 21 percent of children under the age of 18 in Amsterdam were obese, according to statistics from the City of Amsterdam. This statistic is far higher than the childhood obesity rate of the Netherlands, which was around 12 percent. Children from low-income, immigrant, or poorly-educated families were particularly at risk of obesity and are already heavier than their higher-educated and high-income counterparts. Childhood obesity has short- and long-term effects on health in the social, physical, and emotional realms, according to the Centers for Disease Control and Prevention.

The Amsterdam Healthy Weight Programme notes that overweight children often can be found living in close quarters to each other in particular neighborhoods. Because of this proximity, these children are likely to also be educated at the same schools, meaning that the possibility of influencing each other’s lifestyle choices is great – which could work in favor of both increasing and eradicating childhood obesity.

Early plans for the AAGG was inspired by the French EPODE41 program. This program joins the entire community’s forces to prevent obesity. This plan differs in that it was easier to be applied to smaller communities, not larger cities.

April 10, 2018
Subscribe To Weekly NYC Food Policy Watch Newsletter
Subscribe to our weekly email newsletter today to receive updates on the latest news, reports and event information
We respect your privacy. Your information is safe and will never be shared.