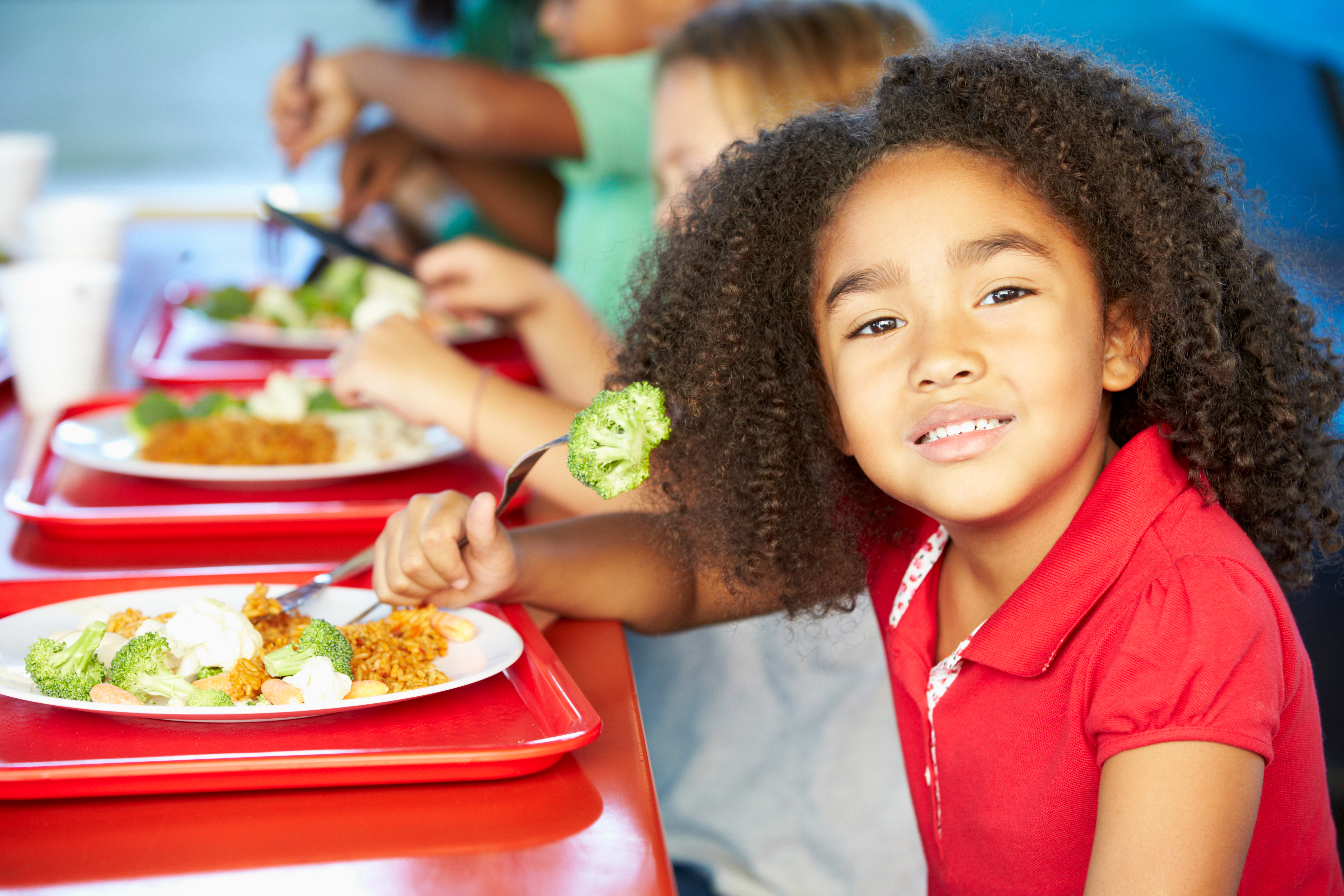 The Healthy SMART pilot program collected two key pieces of data: which foods students chose and how much of each food they actually consumed.

Cafeteria workers recorded which foods students chose. The workers would scan a student’s ID card and then use a touch screen to select the food items on the student’s tray. Researchers then recorded how much of each food was uneaten when the students were finished with their meals.

The researchers then put together weekly reports that summarized each student’s food choices, how much of each food they ate, and the nutrients that they consumed. These reports targeted the students’ caregivers, and they included advice to caregivers about how to encourage their children to consume healthier food both at home and at school.

The researchers also created monthly reports for teachers that summarized the food choices of an entire class. The goal of creating these reports was to facilitate classroom  educational activities on nutrition and health that would encourage students to make healthier food choices.

The pilot program wrapped up in the spring of 2015. The results were summarized for the school administration and the research team offered to help the school system sustain the program independently. However, this coincided with a complete reorganization of the UNO Charter School Network, and the program ultimately did not continue.

The pilot study of the Healthy SMART Schools program was published in a scientific journal, and the researchers are hopeful that other school systems would adopt a similar approach. They believe doing so would be relatively feasible and inexpensive.

Rates of obesity and diabetes in children in the United States are higher than they have ever been. Many schools have tried intervention strategies to improve students’ diets, but there is evidence to suggest these strategies are unsuccessful.

A 2008 systematic review of obesity intervention studies concluded that there was insufficient evidence to determine whether diet-related interventions were effective in reducing obesity.

One possible reason that diet-related interventions have been unsuccessful is that they do not elicit enough participation from parents or guardians, who exert the biggest influence over what their children eat. The SMART school program aims to get parents and guardians more involved by sending home the weekly reports.

Another feature of the SMART program that is not present in many other interventions is assessing how much food students discard. This data can be used to develop menus with healthy items that students are more likely to eat.

A formal assessment of the pilot program, published in the Journal of Nutrition Education and Behavior, stated that the methods of data collection were highly accurate. According to the assessment, 54 percent of parents consistently received feedback reports. This is likely due to some children not consistently bringing the reports home to their parents, or parents not checking their child’s “Friday Folders” for the reports. Multimodal methods for delivering the reports may be more effective in future implementations of the program.

According to Dr. Brad Appelhans, this pilot program elicited more engagement from caregivers other school-based interventions to prevent childhood obesity. Overall, the program was well-received.

Although the goal of the pilot program is to reduce childhood obesity through better diet, the program also has the potential to reduce food waste. Data on how much food goes uneaten can be used to determine which healthy entreés are most popular and least likely to end up in the trash.

It should be noted that the pilot was funded by Hillshire Brands Co., a major producer of packaged meat. According to Dr. Bradley Appelhans, who conducted the pilot, Hillshire brands had no involvement in the study and there was really no potential for industry influence.

September 10, 2018
Subscribe To Weekly NYC Food Policy Watch Newsletter
Subscribe to our weekly email newsletter today to receive updates on the latest news, reports and event information
We respect your privacy. Your information is safe and will never be shared.