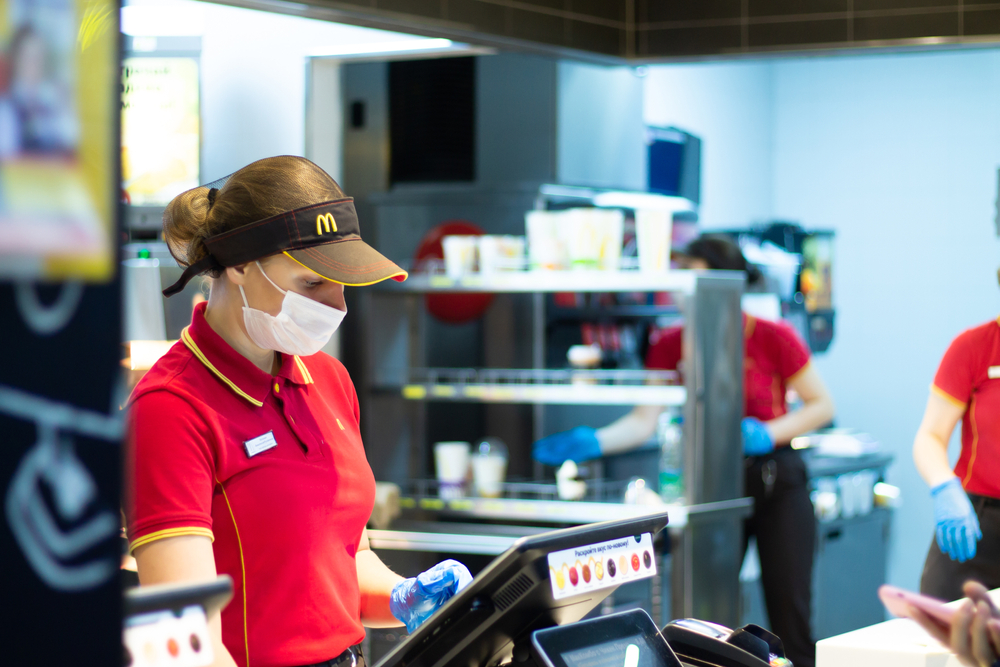 How it works: The legislation pertains to fast food chains with 100 or more locations across the country. It authorizes the creation of a Fast Food Council to set standards for fast food workers’ minimum wage, health and safety conditions, workplace security, and protection from discrimination and harassment.

The California Department of Industrial Relations (DIR) must first receive a petition signed by 10,000 fast food workers approving the creation of the Council. Then, within 90 days of the petition’s approval, Council members will be appointed and hold their first meeting. They will continue to convene every six months until 2029.

The Fast Food Council will be made up of ten members appointed by Governor Newsom, the Speaker of the Assembly, and the Senate Rules Committee:

The Council will have the power to issue, amend, or repeal any rules and regulations necessary to establish minimum fast food working standards. Decisions will be made based on an affirmative vote from at least six members of the Council. If there are discrepancies or conflicts between the Council’s decisions and existing rules from other state agencies, the Council’s decision will prevail.

Beginning in January 2023, the Council may establish a minimum wage for fast food workers not to exceed $22 per hour. In 2024 and annually thereafter, the highest wage may increase by either the lesser of 3.5 percent or the rate of change of the US Consumer Price Index for Urban Wage Earners and Clerical Workers.

The Council may not create new paid time off benefits or regulations regarding predictable scheduling.

Progress to date: The bill was first introduced in January 2021 by Assemblymember Chris Holden, and Governor Newsom signed it into law on September 5, 2022. The DIR is currently awaiting receipt of the petition that will allow the Fast Food Council to begin meeting and making changes on behalf of fast food workers.

Why it is important: The FAST Recovery Act was first introduced as a response to reported safety violations affecting fast food workers during the pandemic. Wage theft – when employers fail to pay their employees the full amount to which they are entitled – along with harassment and discrimination by both customers and employers, are common complaints among fast food workers. The passage of the act will place responsibility on fast food corporations as a whole, rather than on individual franchise owners, and workers will receive more of the respect and care they deserve. Governor Newsom states that the new legislation “gives hardworking fast-food workers a stronger voice and seat at the table to set fair wages and critical health and safety standards across the industry.”

Program/Policy initiated: The bill was signed into law on September 5, 2022.

Similar practices: New York City’s Fair Workweek Law, implemented in June 2021, gives fast food workers more rights in terms of hours and scheduling. New York State implemented a Minimum Wage for Fast Food Workers that increased the minimum wage for New York City fast food workers to $15 per hour in 2018 (up from $13.50 in 2017), and for those in the rest of New York State in 2021 (up from $14.50 in 2020).

Evaluation: While the FAST Recovery Act has received support from the governor, fast food workers, unions, and many other organizations advocating for worker rights, there has been significant backlash from the restaurant industry. There is concern that an increase in the minimum wage will result in higher and less appealing prices for consumers and, in turn, reduced profits for the franchises. Additionally, some are concerned that the legislation will cause an upsurge in lawsuits against employers. On September 6, one day after the act was signed into law, a coalition of restaurants filed a referendum request to overturn the law. Proponents of the referendum have until December 4, 2022, to gather at least 623,212 signatures from registered voters in order to place it on the 2024 ballot.

April 9, 2021
Subscribe To Weekly NYC Food Policy Watch Newsletter
Subscribe to our weekly email newsletter today to receive updates on the latest news, reports and event information
We respect your privacy. Your information is safe and will never be shared.