Food Policy and Programs in NYC—A Primer for Incoming Electeds 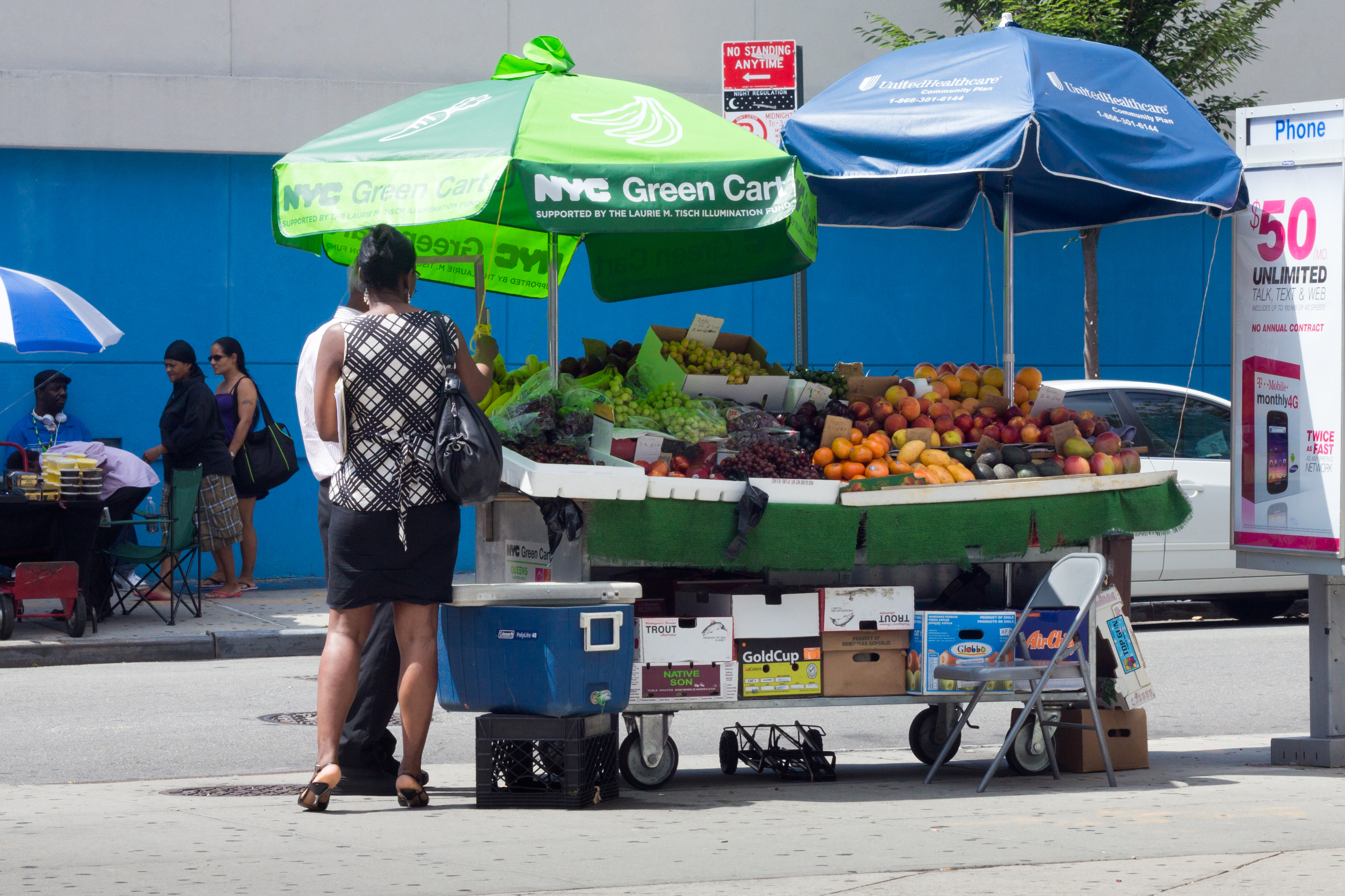 What’s been done, what hasn’t and what we should consider going forward: A brief and not exhaustive primer of notable successes to date, a review of some existing challenges, and recommendations for future action in New York City food policy.

Food Policy Coordinator: In 2007, the City’s first Food Policy Coordinator was hired. The position helped implement many of the policies and programs in effect currently and assisted with cross-agency coordination and collaboration. In 2014, the Mayor’s Office expanded this work through the creation and funding of the Office of Food Policy. The Office has further bolstered interagency and intragency collaboration, and established a point of contact for local community groups, businesses, and individuals interesting in improving the NYC food system.

Green Carts: In 2008, the New York City Council and Mayor Bloomberg signed legislation for Local Law 9, which established 1000 permits for “Green Carts,” street cart vendors authorized to sell only fresh produce in the most underserved areas of the City. Hundreds of new businesses opened selling fresh, affordable, street-side produce in these targeted areas. The initiative has been widely recognized and nationally replicated.

Food Standards Established: In 2008, Executive Order 122 established the New York City Food Standards. These standards apply to over 240 million meals and snacks served annually at schools, senior centers, homeless shelters, child care centers, after school programs, correctional facilities, public hospitals, and other New York City agency facilities and programs. In 2013 they were expanded to include guidelines for healthy meetings and events for both for City and non-governmental agencies.

FRESH Supermarkets: The City’s FRESH Initiative was created in 2009 and expanded in 2011 in response to a Mayor’s Office’s commissioned report, “Going to Market,” which studied the availability of supermarkets across the city using an innovative Supermarket Need Index (SNI). According to EDC data released in 2015, 19 stores have been approved for FRESH zoning and/or financial incentives, 9 of which have finished construction and opened. More projects are currently in the works.

FoodWorks: In 2010, City Council Speaker Christine Quinn released FoodWorks: A Vision to Improve NYC’s Food System, which highlighted gaps and opportunities to improve the food distribution system across the board. This report and the accompanying metrics hold city agencies accountable to a variety of indicators including food access, nutrition, and hunger.

The NYC Food Forum: In 2014, the NYC Food Forum (NYCFF) was convened, a self-described collaboration of over 90 food-active organizations that came together to achieve a shared vision of a better food future for every New Yorker. The NYCFF developed a “primer” identifying the priorities of the organizations in the areas of hunger, health, school food, the local food economy, and food governance and a set of priorities shared with Mayor De Blasio. The Food Forum advocated for the reintroduction of legislation for a Food Policy Council and also argued the relevance of a new “Bureau of Food” to assist with coordination of food access, hunger, benefits, and food systems across City and state agencies.

Healthy Food Retail Action Network: In 2014, in an effort to streamline healthy food access programming across the City, the Healthy Food Retail Action Network was convened. The Network now consists of over 40 active member organizations and is coordinated by a steering committee comprised of members representing academic, government, non-profit and advocacy organizations. The Network meets quarterly and hosts regular summits to bring professionals, academics, electeds, and businesses together to discuss opportunities to work together and support businesses to increase access to healthy and affordable food in the areas that need it most.

Health Bucks: The Health Bucks Program, which provides $2 coupons for fresh produce that can be redeemed at farmers markets, was piloted in 2005 at just a few markets in the South Bronx. It has expanded every year thereafter, and in 2017, was rolled out as an incentive for using SNAP at every farmers market city-wide and year-round. The initiative has sparked numerous complimentary programs backed by government and foundation funding both locally and nationally. The concept is currently being tested in NYC supermarkets, with three pilots currently underway supporting produce purchases among low-income shoppers in targeted neighborhoods.

Benefits Enrollment Campaigns: In 2017, in collaboration with various public, corporate and non-profit organizations, the Robin Hood Foundation launched their “Start by Asking” campaign, with the goal of connecting upwards of 1 million people to benefits including WIC, SNAP, and the EITC. This campaign showcased the incredibly large number of New Yorkers eligible but not enrolled in food benefit programs and also the potential for connecting local service providers and advocates and city, state, and federal government partners to address food insecurity as part of a holistic strategy outside of siloed funding streams.

Regional Food Hub: To support increasing demand on the city’s food distribution system, the City is currently partnering with GrowNYC to develop a regional Food Hub in Hunts Point. The 100,000 square foot Baldor Specialty Foods expansion is underway and the Produce Market rail infrastructure is complete with expanding rail work to Building D. The City, through EDC, also released a RFEI for a long-term ground lease opportunity to develop a food-related industrial facility on a 3.2-acre site within the Hunts Point Food Distribution Center.

Advancements in the Office of SchoolFood: The DOE’s Office of SchoolFood, with support from local advocacy groups, continues to prioritize the procurement of local and fresh food as well as the sourcing of sustainable and healthy products. As of the 2017-2018 school year, in addition to breakfast, school lunch is free for any student who attends a NYC Public School.

Despite these numerous accomplishments and the increased attention to issues of access, nutrition, and hunger, many challenges remain:

May 18, 2018
Subscribe To Weekly NYC Food Policy Watch Newsletter
Subscribe to our weekly email newsletter today to receive updates on the latest news, reports and event information
We respect your privacy. Your information is safe and will never be shared.