FDA Moves to Take Trans Fat Out of Food 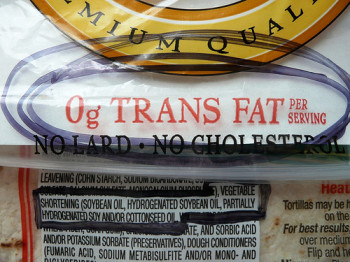 FDA moves to take trans fat out of food

Exciting News from Center for Science in the Public Interest, an organization that has been working for 20 years to eliminate the use of partially hydrogenated oil from our food system.

“The FDA is releasing to the public today its preliminary determination that partially hydrogenated oil is no longer “generally recognized as safe” for use in food!

This major announcement paves the way for the eventual elimination of, or, at the very least, strict curbs on, the use of artificial trans fat in food.  That means that tens of thousands of heart attack deaths will be prevented in the years ahead.  Most restaurant chains and food processors have already made enormous progress eliminating or sharply reducing the amount of artificial trans fat in food.”

The 60-day comment period has opened that allows the public, industry and health professionals to opine on whether the determination should be finalized and how long manufacturers need to reformulate products without partially hydrogenated oils. Read the reg and submit your comment here.
Read more:

Food Policy for Breakfast: The History and Politics of the SNAP Program – November 19, 2013

Food Policy Research in NYC: What Do We Know? Where Do We Need to Go?

Bridging the Gap Between Criminal Justice and...

March 15, 2021
Subscribe To Weekly NYC Food Policy Watch Newsletter
Subscribe to our weekly email newsletter today to receive updates on the latest news, reports and event information
We respect your privacy. Your information is safe and will never be shared.