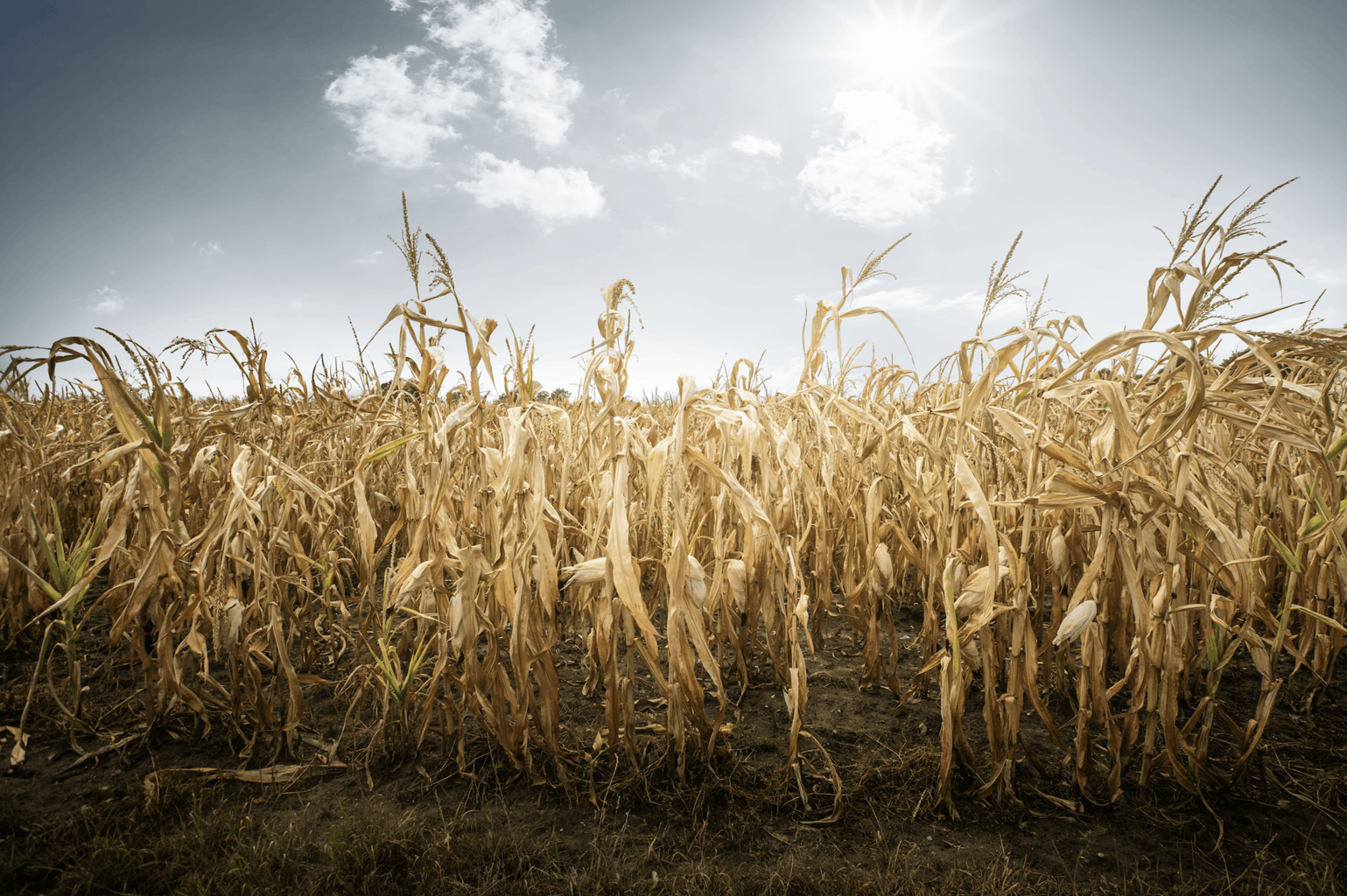 From September 23rd to 29th, hundreds of businesses, governments, academic institutions, arts organizations, individuals and non-profit organizations will gather at the United Nations headquarters for Climate Week NYC to discuss ways to mitigate climate change. Climate Week NYC is run by The Climate Group, an international non-profit focused on accelerating climate action, the United Nations, and the City of New York.

Food, Land and Nature Based Solutions is one of the 11 programs featured throughout the week. In honor of the upcoming discussions, we have compiled a list of ten organizations working at the intersection of food and climate change.

World Food Programme
Type of Organization: The food-assistance branch of the United Nations and the world’s largest humanitarian organization addressing hunger and promoting food security.
How They Are Fighting Climate Change Through Food: For millions of people across Africa, Asia and Latin America, climate change means more frequent and intense floods, droughts and storms, accounting for up to 90 percent of all natural disasters each year. In the last decade, almost half of the World Food Programme’s (WFP) emergency and recovery operations have been in response to climate-related disasters, at a cost of $23 billion. To support vulnerable countries and communities, WFP provides analysis highlighting the links between food security and climate risks, as well as the present and future impact of climate change on food security and nutrition. This analysis helps identify which communities are most at risk and informs national policy and planning, including the development of food assistance programs that build resilience and reduce hunger. The Food Insecurity and Climate Change Vulnerability map, developed by WFP and the UK’s national weather service, the Met Office, highlights the importance of urgent action to scale up climate change adaptation and mitigation efforts for the most food insecure people.
Where To Find Them: WFP is headquartered in Rome, Italy, but works globally in more than 39 countries, integrating climate and energy solutions into food security interventions
Year Started: 1961
President: David Beasley
Learn More: Here

CGIAR Research Program on Climate Change, Agriculture and Food Security (CCAFS)
Type of Organization: Global research partnership
How They Are Fighting Climate Change Through Food: Led by the International Center for Tropical Agriculture, CCAFS is a collaboration among 15 CGIAR Research Centers that brings together some of the world’s best researchers in the areas of agricultural science, climate science, and the environmental and social sciences to identify and address the increasing challenges that global warming and declining food security present to agricultural practices and policies.
Where To Find Them: The organization is headquartered in the Netherlands but research is carried out in five regions around the world.
Year Started: 1971
Executive Director: Elwyn Grainger-Jones
Learn More: Here

EAT Forum
Type of Organization: A global non-profit founded by the Stordalen Foundation, the Stockholm Resilience Centre and the Wellcome Trust
How They Are Fighting Climate Change Through Food: EAT’s mission is to transform our global food system through sound science and novel partnerships. EAT set an ambitious 10-point plan for the 2017-2020 period to help bring about the great food transformation needed to achieve the 2030 Agenda for Sustainable Development, a global commitment by the United Nations member states to eradicate poverty and achieve sustainable development by 2030. Their plan includes harnessing the power of healthy and sustainable diets to mitigate the impact of climate change. One of EAT’s current initiatives is The C-40 Food Systems Network, which encourages cities to accelerate their efforts to reduce greenhouse gas emissions while enhancing urban food-system resilience.
Where To Find Them: Oslo, Norway
Year Started: 2013
Founder and Executive Chair: Dr. Gunhild A. Stordalen
Learn More: Here

Food and Agriculture Organization
Type of Organization: A specialized agency of the United Nations that leads international efforts to defeat hunger around the world
How They Are Fighting Climate Change Through Food: The FAO is helping countries to both mitigate and adapt to the effects of climate change through a wide range of research-based and practical programs and projects as an integral part of the United Nations’ 2030 Agenda for Sustainable Development. Through its Strategy on Climate Change, FAO focuses its work on three fronts: to enhance the institutional and technical capacities of its Member States; to improve the integration of food security, agriculture, forestry and fisheries within the international climate agenda; and to strengthen internal coordination and delivery of FAO’s work. This Strategy translates FAO’s core mandate into strategic choices and action priorities at the global, regional, national and local levels, with the central goal of supporting its Members in achieving their commitments to combat climate change. Their strategic programs include the Economic and Policy Analysis of Climate Change, Globally Important Agricultural Heritage Systems (GIAHS), and Adapting Irrigation to Climate Change (AICCA).
Where To Find Them: Rome, Italy
Year Started: 2013
Director General: José Graziano da Silva
Learn More: Here

Food & Water Watch
Type of Organization: A non-governmental organization (NGO) focusing on corporate and government accountability relating to food, water, and corporate overreach
How They Are Fighting Climate Change Through Food: The Food and Water Watch mobilizes the public to build political power in order to create bold and uncompromised solutions to the most pressing food, water, and climate problems of our time. Their goal is to reduce  greenhouse gas emissions in the United States by dismantling factory farms, which rely heavily on fossil fuels.  They are also campaigning to create a global shift to renewable and efficient energy sources and to outlaw of fracking.
Where To Find Them: Headquartered in Washington, D.C., with regional offices throughout the United States
Year Started: 2005
Founders: Wenonah Hauter and Maude Barlow
Learn More: Here

International Food Policy Research Institute
Type of Organization: An international agricultural research center
How They Are Fighting Climate Change Through Food: The International Food and Policy Research Institute research is dedicated to helping farmers achieve the triple win of adapting to climate change, increasing crop yield, and mitigating greenhouse gas emissions. The Institute develops adaptation and mitigation strategies as well as computer models that show how policies, institutions, and investments in alleviating climate change can benefit agriculture, food and nutrition, food security and poor people. A few examples of their projects include addressing the impacts of climate change in the Philippine agriculture sector;  Assessing the role irrigation plays in adapting to  climate change in Africa; and providing female smallholder farmers wit information and strategies for responding to climate change.
Where To Find Them: Headquartered in Washington, D.C., with programs and projects worldwide
Year Started: 1975
Director General: Shenggen Fan
Learn More: Here

The Land Institute
Type of Organization: A non-profit research, education, and policy organization dedicated to sustainable agriculture
How They Are Fighting Climate Change Through Food: Perennial plants (those that do not have to be reseeded or replanted every year) are one of the Land Institute’s areas of focus. Perennial crops improve soil structure and prevent erosion. They increase ecosystem nutrient retention, carbon sequestration, or the process of capturing and storing atmospheric carbon dioxide to mitigate global warming, and water infiltration, or the process by which water on the ground surface enters the soil  which serves an indicator of the soil’s ability to allow water movement into and through the soil profile. Together these three effects can contribute to climate change adaptation and mitigation. Overall, they help ensure food and water security over the long term. The Land Institute is currently using two approaches to breed perennial grain, pulse, and oilseed crops: domestication of wild perennial plants and the perennialization of existing annual crops.
Where To Find Them: Salina, Kansas
Year Started: 1976
President: Fred Iutzi
Learn More: Here

National Resource and Defense Council
Type of Organization: Non-profit international environmental advocacy group
How They Are Fighting Climate Change Through Food: The National Resource and Defense Council (NDRC) has several areas of interest, including food and water. They advocate for the reduction of harmful chemicals in our food, stronger pollution controls on industrial farms, and the safeguarding of small farmers’ crops against climate change. Additionally, a major component of their focus is on how to reduce food waste and promote efficiency and sustainability from farm to fork to landfill. On the farm front, NDRC provides support to farmers who use water more efficiently through smarter irrigation and soil practices and encourages the government to better regulate the pollution from factory farms that enters our waterways.
Where To Find Them: Headquartered in New York City with offices in Washington, D.C., Los Angeles, San Francisco, Chicago, and Beijing
Year Started: 1970
President: Rhea Suh
Learn More: Here

National Sustainable Agriculture Coalition
Type of Organization: An alliance of more than 130 member groups working collectively to promote and enhance sustainable food and farm policies at the federal level
How They Are Fighting Climate Change Through Food: The National Sustainable Agriculture Coalition (NSAC) is a grassroots alliance that advocates for federal policy reform supporting the long-term social, economic, and environmental sustainability of agriculture, natural resources, and rural communities. The organization aims to promote agricultural practices that conserve soil, water, wildlife habitats, and energy resources, because its members believe. Althat climate change presents a severe and immediate threat to agriculture and rural communities across the country, and that farmers and ranchers can, and must, be part of mitigation and adaptation solutions.
Where To Find Them: Washington, DC
Year Started: 2009
Coalition Director: Sarah Hackney
Learn more: Here

Rodale Institute
Type of Organization: An American nonprofit that supports research into organic farming
How They Are Fighting Climate Change Through Food: Started in 1981, Rodale Institute’s Farming Systems Trial is the longest-running side-by-side comparison of organic and conventional grain-cropping systems in North America. For nearly 40 years they have been collecting data measuring differences in soil health, crop yields, energy efficiency, water use and contamination, and nutrient density of the crops grown in organic and conventional systems managed with different levels of tillage, or manipulation of the soil for the purpose of crop production, such as digging, stirring, and overturning. A majority of their work focuses on researching regenerative organic agriculture practices and carbon sequestration, which they refer to as “a down-to-earth solution to climate change.”
Where To Find Them: Kutztown, Pennsylvania
Year Started: 1947
Executive Director: Jeff Morey
Learn More: Here

February 13, 2019
Subscribe To Weekly NYC Food Policy Watch Newsletter
Subscribe to our weekly email newsletter today to receive updates on the latest news, reports and event information
We respect your privacy. Your information is safe and will never be shared.