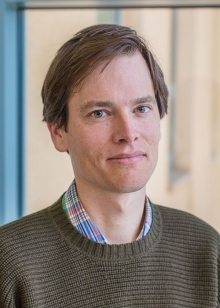 “There was a great deal of buzz last spring when a farmland mapping project by a UC Merced professor indicated that “most areas of the country could feed between 80 percent and 100 percent of their populations with food grown or raised within 50 miles.” That researcher was Elliott Campbell. His research study – “The Large Potential of Local Croplands to Meet Food Demand in the United States” – appeared as the cover story of Frontiers in Ecology and the Environment, the journal of the Ecological Society of America (the largest organization of professional ecologists, with a membership of more than 10,000 scientists). The study immediately generated comment, including positive accolades from author and influencer Michael Pollan (also a UC professor). Many have noted the importance of the study in filling a research gap about local food.

About Dr. Elliott Campbell: Elliott’s research emphasizes the use of spatial analysis and environmental modeling to explore environmental policy, urban agroecology and watershed sustainability. This work has appeared in media ranging from NPR’s “Morning Edition” to The Economist and has provided a basis for consultations to the U.S. Environmental Protection Agency (EPA) and other government agencies. Elliott serves as associate editor to Frontiers in Ecology and the Environment. He is the recipient of the National Science Foundation CAREER award (he received more than $400,000 to assess “the capacity of abandoned agricultural lands to generate crops used to produce biofuels”). Elliott received his BS and MS from Stanford University and his PhD from the University of Iowa. He is currently an associate professor of Environmental Engineering at UC Merced.”

“Toward a National Food Policy” from Iowa Public Radio

December 9, 2020
Subscribe To Weekly NYC Food Policy Watch Newsletter
Subscribe to our weekly email newsletter today to receive updates on the latest news, reports and event information
We respect your privacy. Your information is safe and will never be shared.