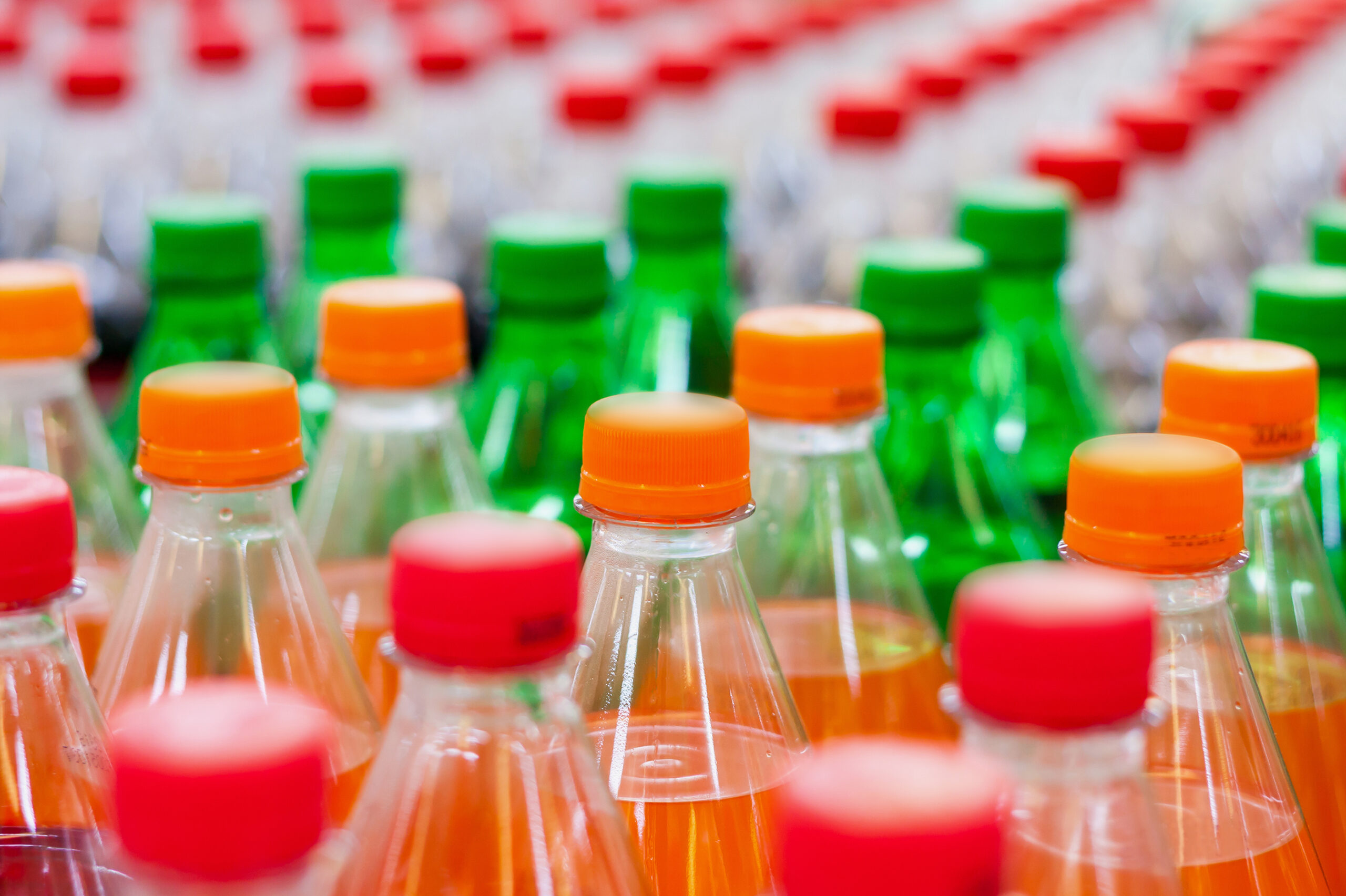 What is a Sugar Tax?

The purpose of a sugar tax is to increase the cost of sugar-sweetened beverages in order to promote a decreased consumption, improve nutrition, and reduce obesity and chronic disease.

Defining Beverages Subject to the Tax

Sugar-sweetened beverages, sometimes referred to as ‘sugary drinks’ include any non-alcoholic beverage that contains added caloric sweeteners. Different and specific beverages subject to the tax will vary and is specific to the country, state, or city ruling. The beverages generally included to be taxed include: non-diet sodas, fruit drinks (with the exception of 100% fruit juices), sports drinks, energy drinks, and sweetened coffee and tea beverages.

Research and Evidence for Sugar Taxes

Sugar Taxes and Impacts on Chronic Disease and Obesity Prevention

What Is Taxed: All drinks with added sugar, except milk, milk-based drinks and beverages used for medical use

What Is Taxed: On sugary drinks (exceptions include diet soda 100% juice, and diet iced teas) as well as candies, pure sugar and dilutables (such as syrups), chocolate and cocoa preparations containing added sugar

What Is Taxed: Food and drinks with high sugar content, including soft drinks and energy drinks as well as beverages containing cocoa and malt beverages

What Is Taxed: Sugary drinks with more than 7.5 grams of sugar per 100 ml, with the exception of natural fruit juices and dairy-, grain-, and cereal-based beverages

What Is Taxed: Sugary drinks with 6 or more grams of sugar per 100ml, including all fizzy and juice drinks (with exceptions of pharmaceutical products and enriched milk-based drinks for lactating mothers or small children)

What Is Taxed: Sugary drinks with more than 6.25 grams of sugar per 100 milliliters, including al non-alcoholic drinks with added sugar (exceptions include 100% fruit juice and dairy-based beverages)

What Is Taxed: Drinks with added sugar or sweeteners

What Is Taxed: Drinks with a sugar content of at least 5 grams of sweetener added per 100 milliliters is subject to taxation, and the tax rate depends on the sugar content. Taxed drinks include dairy drinks such as sweetened drinkable yogurts as well as plant-based milk-alternative drinks (for example soy-based drinks)

What Is Taxed: Drinks with added sugar, sweetener, or other flavoring (excluding fruit and vegetable juices with less than 10 percent added sugar, flavored waters without added sugars)

What Is Taxed: Drinks with more than 5 grams of sugar per 100 milliliters

What Is Taxed: Drinks with added sugars or artificial sweeteners

What Is Taxed: Sugar-sweetened beverages, such as sodas, energy drinks, fruit juices made from concentrate, and flavored water

What Is Taxed: Carbonated drinks with more than 15 grams of sugar per liter

What Is Taxed: Any product containing sugar or other sweeteners for the purpose of drinking as a beverage (ready for drinking, concentrates, powders, gel extracts) except 100% fruit and vegetable juices, milk and dairy products with at least 75% milk

What Is Taxed: All processed packaged beverages and foods

What Is Taxed: All drinks with more than 6 grams of sugar per 100 milliliters; ad valorem rate decreases over time as excise tax increases

What Is Taxed: Sugary drinks and concentrates

Tax Rate: One cent per ounce

What Is Taxed: All beverages that have added sugar with at least two calories per fluid ounce; sugary drinks including soda, energy and sports drinks, sweetened teas and coffees, and fruit drinks

What the Revenue Is Used For: City Council allocates funds with input from school districts, public health experts, and local commissions. Specific programs include a crossing guard program to create safe environments for youth to walk or bike to school, water bottle filling stations throughout the city, free recreation classes in the park, and nutrition and cooking classes.

What Is Taxed: All drinks with added caloric and non-caloric sweeteners

What the Revenue Is Used For: Expansion of the city’s Pre-K availability, community schools, as well as rebuilding parks, recreation centers, and libraries.

Tax Rate: One cent per ounce (paid by distributors of sugary drinks)

What Is Taxed: All beverages containing added sugar with at least two calories per fluid ounce (with exceptions for small businesses that distribute beverages to retailers with less than $100,000 annual gross receipts)

What the Revenue Is Used For: Advised by a Community Advisory Board, City Council allocates revenue to local efforts to reduce the impact of sugary drink consumption. Initiatives include health and wellness programs from the Department of Public Health including Sunday Streets SF (a series of free open street events that empower communities to transform streets to car-free community spaces), Peace Parks programming, and home-delivered meals from the Human Services Agency.

Tax Rate: One center per ounce (paid by distributors of sugary drinks)

What Is Taxed: All beverages containing added sugar with at least two calories per fluid ounce (with exceptions for small businesses that distribute beverages to retailers with less than $100,000 annual gross receipts)

What the Revenue Is Used For: Advised by a Community Advisory Board, City Council allocates revenue to local efforts to reduce the impact of sugary drink consumption

Key Dates: Approved November 2014 (The first US city to pass an excise tax on sugary drinks)

Tax Rate: One cent per ounce

What Is Taxed: All beverages containing added sugars

What the Revenue Is Used For: Health programs in schools and communities including school-based prevention efforts, health and nutrition education, diabetes prevention and youth leadership training run by organizations including the YMCA, Healthy Black Families, Berkeley Youth Alternatives, and the Ecology Center.

What Is Taxed: All beverages containing caloric sweetener (sugar) with at least 40 calories per 12-ounce serving (Exceptions include drinks where milk is the primary ingredient, drinks for medical use, infant formula, and unsweetened 100% fruit or vegetable juice, and alcoholic beverages; drinks from producers with an income of $2 million or less annually, which are taxed at 1 cent per ounce)

What the Revenue Is Used For: Healthy food access, early childhood support, K-12 education equity programs. Initiatives include the Fresh Bucks to Go program as part of the larger Food Action Plan, the 13th Year Promise Scholarship, funding for schools to become “innovation” or “linkage” schools, the Our Best initiative to improve the well-being of young African American men in Seattle, and the Parent-Child Home Program to provide literacy education.

What the Revenue Is Used For: Access to healthy food, sports programs, clean water

Tax Rate: One cent per ounce, on the consumer rather than the distributor (the tax is included in the price of the product)

What Was Taxed: Any non-alcoholic beverage that contains caloric and non-caloric sweeteners  (except 100% natural fruit and vegetable juices, infant formula, and beverages for medical use)

How To Navigate Nutrient and Health Claims on Food Packaging

July 14, 2014
Subscribe To Weekly NYC Food Policy Watch Newsletter
Subscribe to our weekly email newsletter today to receive updates on the latest news, reports and event information
We respect your privacy. Your information is safe and will never be shared.