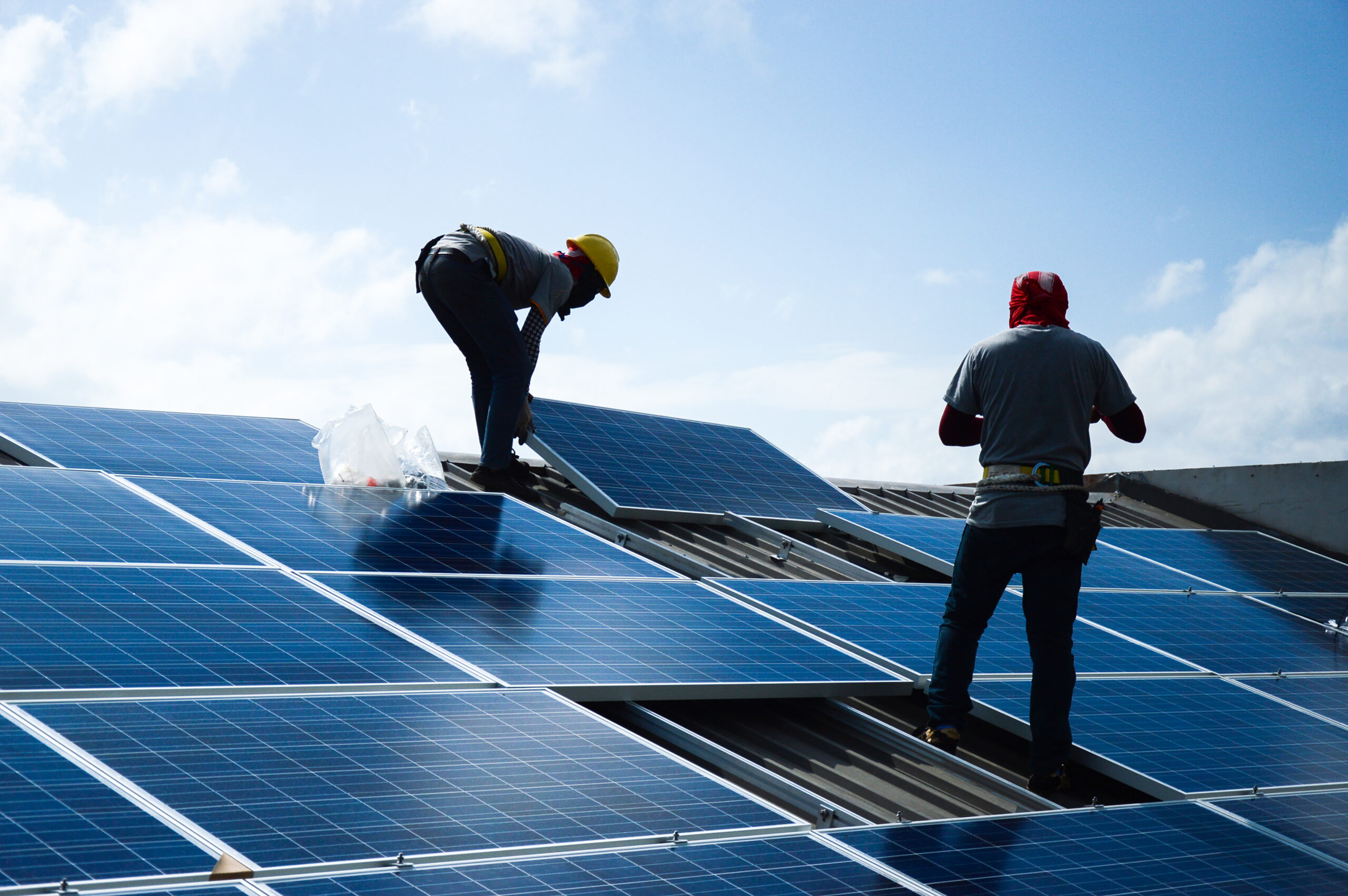 Overview: According to new legislation passed by the New York City Council, all new roofs installed in the city (aside from the exceptions indicated below) must include solar panels and/or green space, in order to save energy and create environmental sustainability.

Program goals: To reduce the use of fossil fuels in order to improve air quality and fight climate change.

Green spaces on roofs have a much lower price tag than solar panels, at an installation cost of $10 to $40 per square foot. The greenery will help to reduce flooding when it rains. The plants and soil would soak up and use the rainwater and release it through evaporation, rather than letting it seep through the roof into the building. Green roofs also provide insulation and a natural cooling effect in the summer, which decreases the need for air conditioning.  In the winter, the insulating effect of the greenery can help to reduce the amount of heat that is lost through the roof.

Progress to date: New York City Councilman Rafael Espinal introduced the legislation in July 2018, and the laws went into effect on November 15, 2019.

Why it is important: The City of New York was the first city in the world to establish a local plan in accordance with the Paris Agreement. The city pledged to reduce greenhouse gas emissions by 80 percent, measured from 2005 to 2050, in addition to achieving carbon neutrality (zero human-caused carbon dioxide in the atmosphere) by 2050. In 2015, buildings in New York City accounted for 67 percent of greenhouse gas emissions from natural gas, electricity, heating oil, steam, and biofuel. (An additional 30 percent stemmed from the transportation sector, and the rest was from landfills and wastewater treatment plants.)  Solar panels and green spaces on roofs could reduce the use of fossil fuels and decrease the need for other energy sources that contribute to air pollution and climate change.

Fighting climate change and decreasing greenhouse gas emissions are important for food production and food security worldwide. Extreme weather damages crops and makes living conditions for livestock more difficult. High carbon dioxide levels in the atmosphere (as from greenhouse gases) can reduce the nutritional quality of crops, including potatoes, barley, rice and wheat, thereby leading to nutritional deficiencies in humans and animals that consume these plants. Reducing greenhouse gas emissions worldwide, using strategies such as those in the New York City legislation, could reduce the human health burden by nearly 50 percent.

Program/Policy initiated: The laws went into effect on November 15, 2019.

Similar practices: San Francisco was the first city in the U.S. to require solar panels on new homes effective in 2017, and South Miami also established a similar mandate in 2017.  In May 2018, California became the first state to pass a law mandating solar panels on all new homes. The California state law will go into effect in 2020.

Evaluation: Evaluation has not been conducted to date.

July 20, 2021
Subscribe To Weekly NYC Food Policy Watch Newsletter
Subscribe to our weekly email newsletter today to receive updates on the latest news, reports and event information
We respect your privacy. Your information is safe and will never be shared.