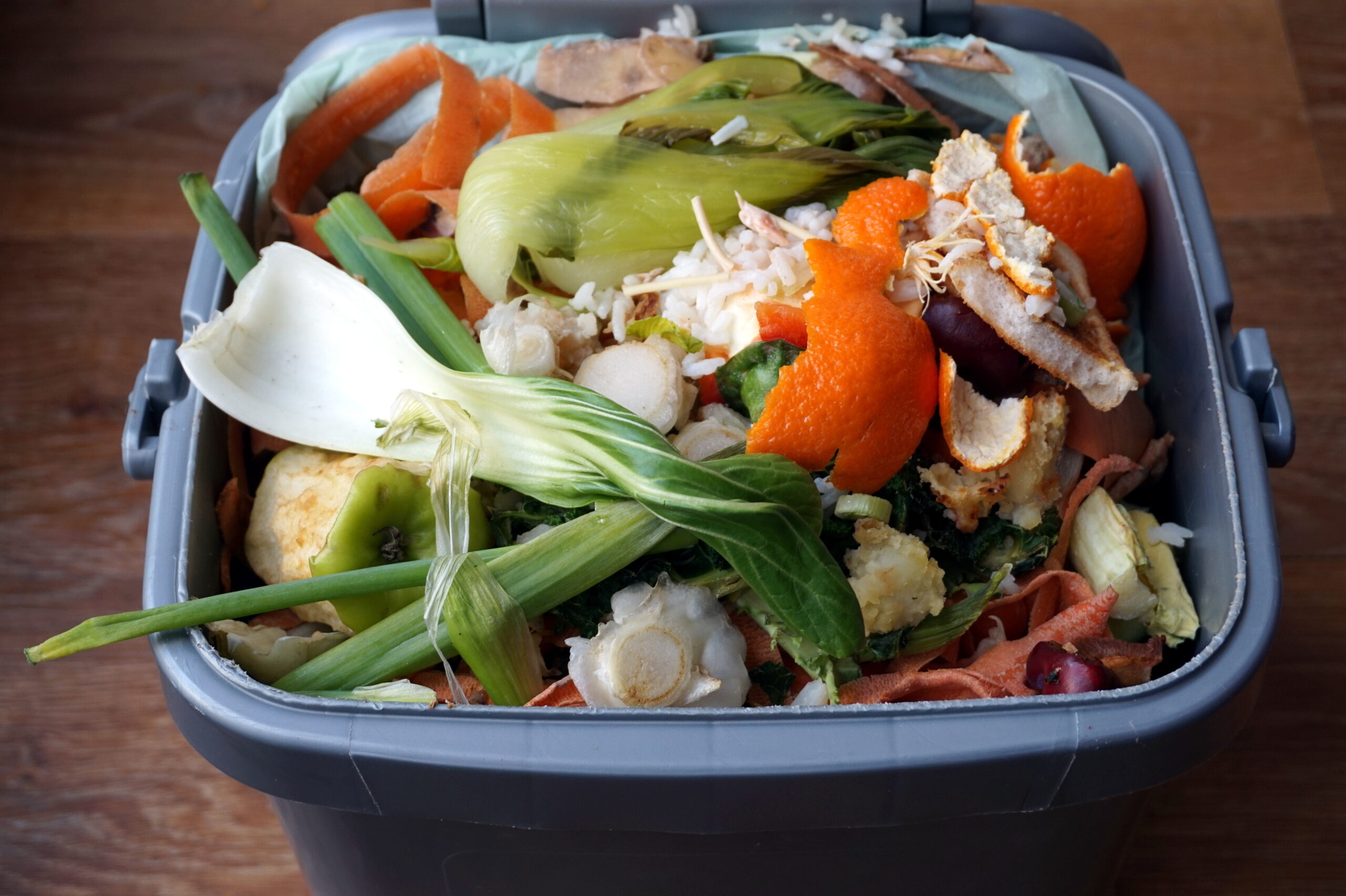 Overview: Since the 1980s, South Korea has made several legislative efforts to reduce food waste. Most recently, in 2013, a law was established requiring food waste to be discarded in biodegradable bags, and a per household fee is charged based on the weight of the waste.

How it works: The biodegradable food-waste bags must be put in designated waste collection buckets so that the waste can be weighed.

In many areas of the country, radio frequency identification (RFID) technology is used to weigh the waste. New residential buildings are supplied with aluminum bins, placed in common recycling areas, for residents to deposit food waste. Each resident is provided with an electronic identification tag to use when disposing of food waste. The weight of waste is determined each time the bin is used, and the residents are charged for their waste at the end of each month.

The food waste is either dried to use as compost for urban gardens or animal feed, or it is burned to generate biofuel. Recycling food waste saves the country up to $600,000 dollars that would otherwise have been used to process it in a landfill or sewage plant.

Buying the garbage bags and paying for the food waste costs a four-person household approximately six dollars per month, and these fees pay for 60 percent of the cost of maintaining the RFID and recycling systems.

Progress to date: In 1986, the Waste Management Law was enacted to encourage the “three Rs:” reduce, reuse, recycle. In 1992, The government established the Act on Resource Saving and Recycling Promotion, which introduced the concept of “polluter pays” by requiring the purchase of the designated garbage bags and establishing the fee for waste.

In the late 1990s, however, the country started to see a significant increase in food waste as a result of higher standards of living, frequent dining out, and more single-occupant households. In 2005, it became illegal to send food waste to landfills.

The most recent legislation, regarding “pay-as-you-throw” for food waste, went into effect in 2013, along with a ban on throwing the liquid remaining at the bottom of garbage bags into the sea.

Why it is important: South Korea is one of the biggest producers of food waste in the world, creating 17,100 tons per day in 2005. The problem is largely due to the cultural concept of banchan, having a variety of side dishes accompanying every meal, which produces a significant amount of leftover food.

Reducing and recycling food waste is important not only for individual finances and the economy in general, but also for environmental purposes. Processing food waste at a sewage plant contributes to the greenhouse gases that are causing the world’s current climate crisis. Globally, food waste accounts for nearly the same amount of emissions as does road transport.  In South Korea, however, it is primarily recycled and used as compost, and there are now six times more urban gardens in the capital city of Seoul than there were in 2012.

Additionally, the food waste was processed at sewage plants, the remaining garbage liquids were thrown into the waters along the South Korean coastline at a rate of 3,800 tons per day. The resulting pollution was detrimental to sea life, fisheries, and coastline populations. Moisture accounts for 80 percent of the weight of food waste; therefore, in addition to making it illegal to dispose of liquid waste in the sea, residents are encouraged to reduce the moisture in their food waste before depositing the bags in order to reduce their fees.

Program/Policy initiated: The pay-as-you-throw mandate for food waste was introduced in 2013.

Evaluation: South Korea is now recycling more than 95 percent of its food waste, up from less than two percent in 1995.  However, the chair of the Korea Zero Waste Movement Network states that more needs to be done to reduce food waste, because there is now more compost and fertilizer being produced than can be utilized.

Resource and Academic Literature Guide: The Impact of Food on Academic Behavior, Attendance, Performance and Attrition

Down the Rabbit Hole: Why Measuring Food...

May 1, 2018
Subscribe To Weekly NYC Food Policy Watch Newsletter
Subscribe to our weekly email newsletter today to receive updates on the latest news, reports and event information
We respect your privacy. Your information is safe and will never be shared.