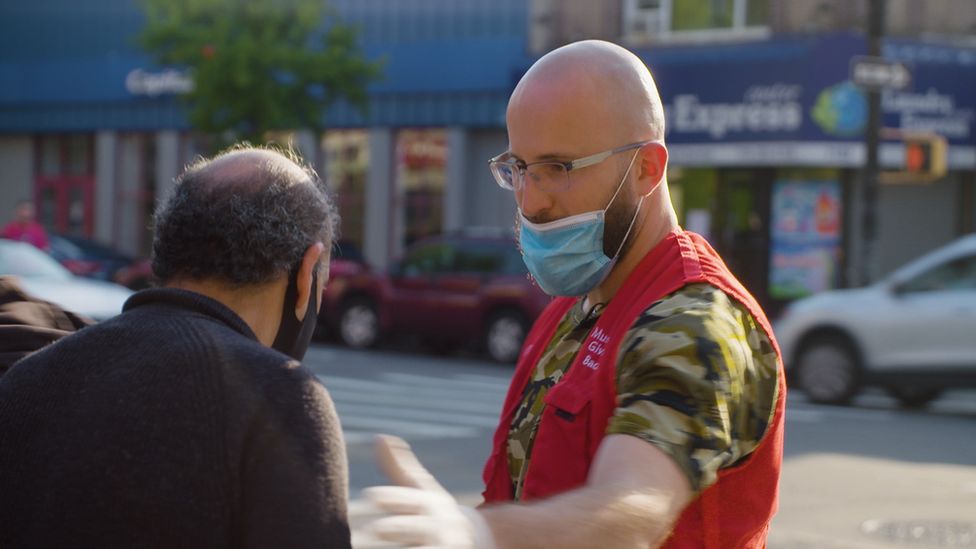 Why He’s a Food Hero: Mohamed Bahe founded the volunteer group Muslims Giving Back in 2014, a pantry that provides meals and other essentials to the homeless in New York City. During the COVID-19 pandemic, Bahe turned his mosque into a food pantry to provide culturally sensitive food to immigrant families. During Ramadan (April 23, 2020-May 23, 2020), Muslims Giving Back brought meals to Herald Square in Manhattan every single night. The group also provided food to activists to demonstrate solidarity during the George Floyd protests through the spring and summer of 2020.

Background: Bahe immigrated to the United States from Algeria when he was nine years old. He began attending services at the Muslim Community Center mosque in Sunset Park after 9/11, and he eventually founded Muslims Giving Back in the space. The organization cooks homemade meals to hand out to people in need, and raised the money to open a bakery in Yemen giving out free bread to hungry Yemeni people. Bahe also assisted in founding the Asiyah Women’s Shelter.

Awards, Praise and Honors: Bahe was honored by Brooklyn Borough President Eric Adams as one of 87 “COVID Everyday Heroes.”

Ensuring the Continued Use and Benefits of...