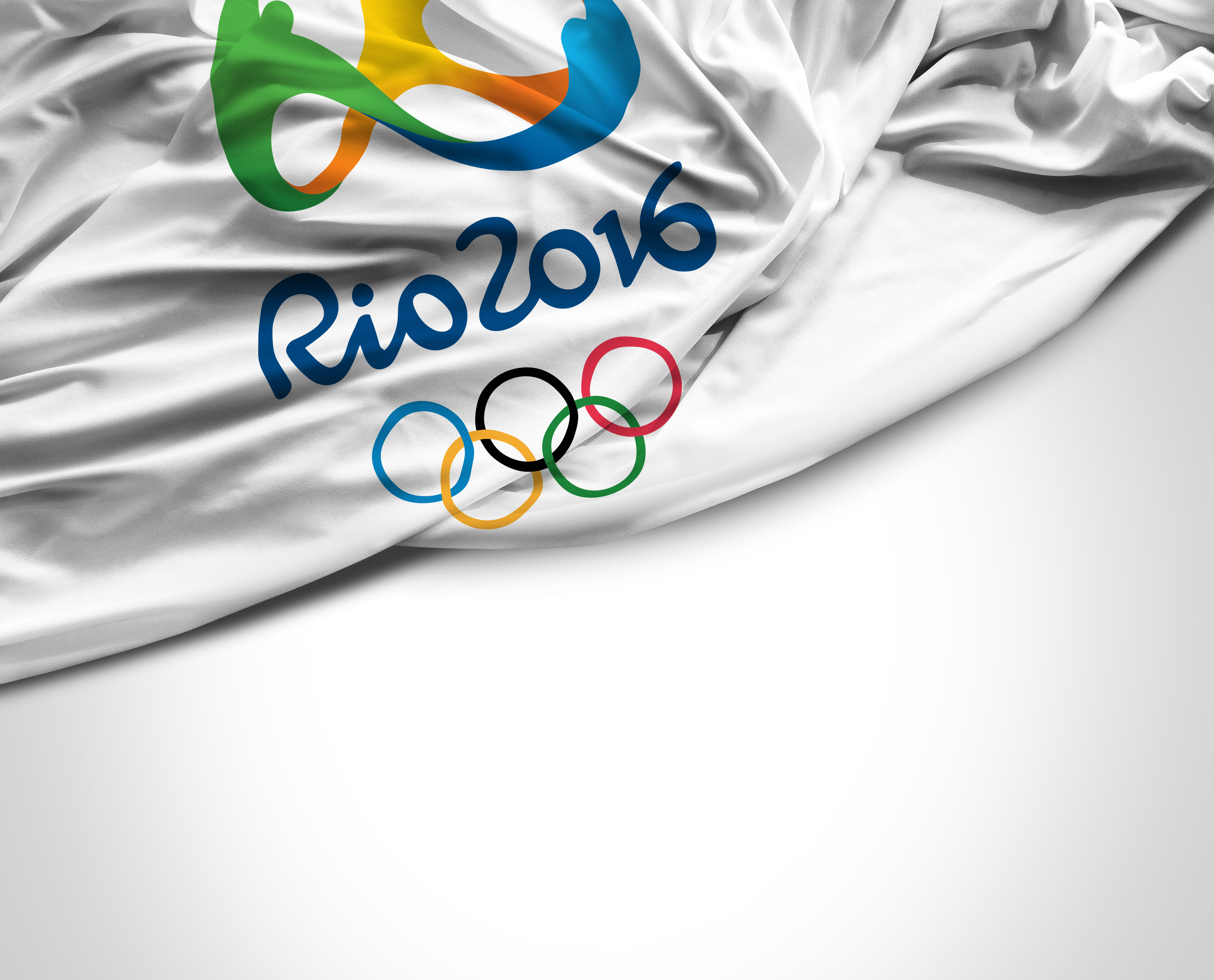 If you’ve been watching the Rio Olympics, you’ve no doubt seen the ubiquitous food ads — for chicken nuggets, sodas, and the like — and possibly thought about the incongruity of pairing these unhealthy foods with the world’s fastest and strongest. Public health advocates across the globe have taken to Twitter to challenge Big Food’s marketing campaigns, some of which directly target children and teens. The New York City Food Policy Center at Hunter College took a deeper look into the sponsorships driving the marketing blitz and what the public health community has been saying about it.

Top powerhouses of the junk food and beverage industry, Coca-Cola and McDonald’s, are two of just eleven members of the International Olympic Committee’s “The Olympic Partners (TOP)” program, the highest level of Olympic sponsorship — the elite athletes, if you will, of sponsors. These coveted spots cost the companies big bucks, in the hundreds of millions of dollars over four years, but in return each partner is granted exclusive global marketing rights within their designated product or service area. The TOP program presents an enormous marketing bonanza, and here’s just a sampling of how Coca-Cola and McDonald’s are capitalizing on the opportunity.

IOC Sponsor Since: As Coca-Cola puts it, “Refreshing athletes since 1928” — and has supported every Olympic games to date, making it the company with the longest continuous relationship with the Olympic movement

The Hashtag According to Coca-Cola: Lest the everyday person feel excluded from a “ThatsGold” moment, the company explains that drinking a soda can make you, too, feel gold just like those athletes winning medals: “…gold moments can happen far beyond the podium. They can happen every day and all around the world…gold moments are made of special feelings — joyful, refreshing, sharable — all of those moments that make you feel gold, just like the feeling of drinking an ice-cold Coca-Cola. We look forward to bringing #ThatsGold to life in Rio de Janeiro and around the world” said their VP of Global Creative.

Sponsor Since: 1976 — but it all began in 1968 at the Winter Games in Grenoble, France when McDonald’s airlifted its burgers to the American athletes, reportedly homesick for food from the states; nearly 40 years later McDonald’s is the Official Restaurant of the games and has committed to being a TOP sponsor until 2020

Rio Hashtag: #FriendsWin — McDonald’s sent 100 children (who won the chance through a competition; check out the ad on youtube) from around the world to attend the Opening Ceremony and has been using this hashtag to post pics of the kids (like this one) and ads for its products (like this one; translated as, “a friendship begins”) on its social media accounts (Facebook, Instagram, Twitter)

The Hashtag According to McDonald’s: To “celebrate the spirit of friendship at the heart of the Olympic values.”

Other companies have signed on as sponsors with the United States Olympic Committee (USOC); including the food companies Chobani, Hershey, Kellogg’s, milk life, and Smucker’s. We take a closer look at Hershey and Kellogg’s here.

Sponsor Since: 2015 — Rio 2016 is the company’s first games as official sponsor; they’ve signed on with the USOC through the Tokyo 2020 games. To mark the occasion, Hershey’s iconic wrapper has undergone a red, white, and blue makeover, the first change to the packaging in its 122-year history.

Rio Hashtags: #HelloFromHome — Hershey is encouraging consumers to use this hashtag to send notes of support to Team USA athletes before and during the games; some notes are being featured on chocolate bar wrappers and delivered to the athletes through Hershey’s care packages. TV ads and social media clips show Team Hershey’s brand ambassador athletes receiving #HelloFromHome chocolate bar notes from their friends and families.

The Hashtag According to Hershey: The #OneSweetCelebration theme “has provided Hershey not only with a unique set of assets to activate in-store; it reminds us that Hershey is inviting the entire nation to share joy and engage in their own celebrations this summer. It’s important to celebrate the journey and the accomplishments along the way, and then sharing those celebrations with others. It doesn’t matter if you’re a U.S. Olympian or Paralympian celebrating your journey to Rio, or you’re just celebrating your journey to the end of a Monday; everyone has something to celebrate.”

Sponsor Since: The company has been involved with the games since 1976; in 2011 they became an official sponsor starting with the 2012 London Olympics

Rio Hashtags: #GetsMeStarted — is engaging the public to share what gets them started in the morning for breakfast and highlights its #TeamKelloggs athletes (who eat Kellogg’s cereal, of course); the athletes themselves are also posting on social media using the hashtags (see here). The company has developed a Team USA website, where fans can stay up-to-date on the athletes, produced limited edition cereal boxes (like this one) featuring Rio’s stars, and is pumping out emotional ads (like this one) on TV and social media (Facebook, Twitter).

The Hashtag According to Kellogg’s: By sharing “what gets them started each day, the athletes have shown fans firsthand what drives them towards their Team USA aspirations, and gets them through the daily grind of training and competition.”

What the Public Health Community Is Saying

Public health advocates are tweeting their distaste for the sponsorships. Some are using the new hashtag #riobesity. Here’s what a few of them had to say:‏

Tweet: “The #Olympics2016 should help inspire a generation to exercise, not promote junk food #NCDs‬” 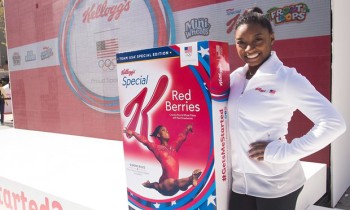 Olympics are a carnival of junk food marketing, say campaigners

Who Said It: The Global Alliance for Chronic Diseases, which works to puts non-communicable diseases (NCDs) in the developing world at the heart of the #GlobalHealth research agenda 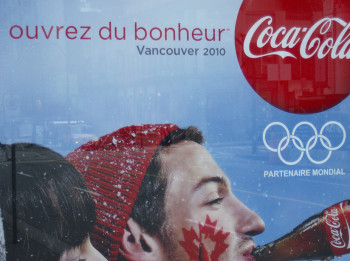 What does the Olympics stand for: Is it the inspiration for a healthier, sportier community? Or is it just another way to sell junk food and booze to an ever-fatter,…
theconversation.com

Who Said It: HealthyCommunicators, an Australia-based group that focuses on health communication

Tweet: “Graphics Show How Much Olympic-Level Activity It Takes To Burn Off Junk Food http://bit.ly/2aMzt2v  #riobesity” 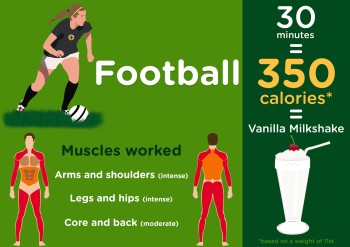 The Olympic Exercises That Burn The Most Calories

With the Rio Olympics starting in two week’s time we looked at 28 different Olympic events to…
treated.com

Who Said It: Children’s Food Campaign, a British organization that protects children from junk food advertising 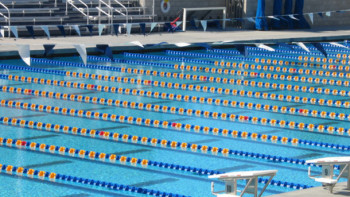 Who Said It: Michael Moss, author of The New York Times bestseller, Salt Sugar Fat: How the Food Giants Hooked Us 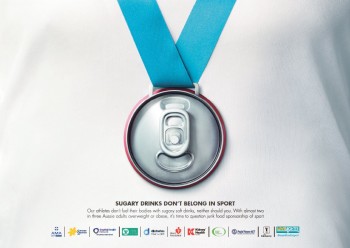 Who Said It: Obesity Policy Coalition, a group that advocates for policy and regulatory initiatives to support obesity prevention in Australia, particularly in children 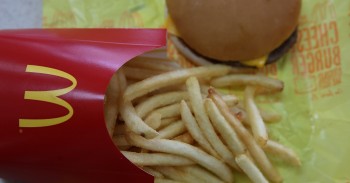 Rio 2016 sponsors Coca Cola, McDonald’s and Kellogg’s under fire fr…
Sponsors including Coca-Cola, Kellogg’s and McDonald’s have come in for criticism.

February 27, 2018
Subscribe To Weekly NYC Food Policy Watch Newsletter
Subscribe to our weekly email newsletter today to receive updates on the latest news, reports and event information
We respect your privacy. Your information is safe and will never be shared.