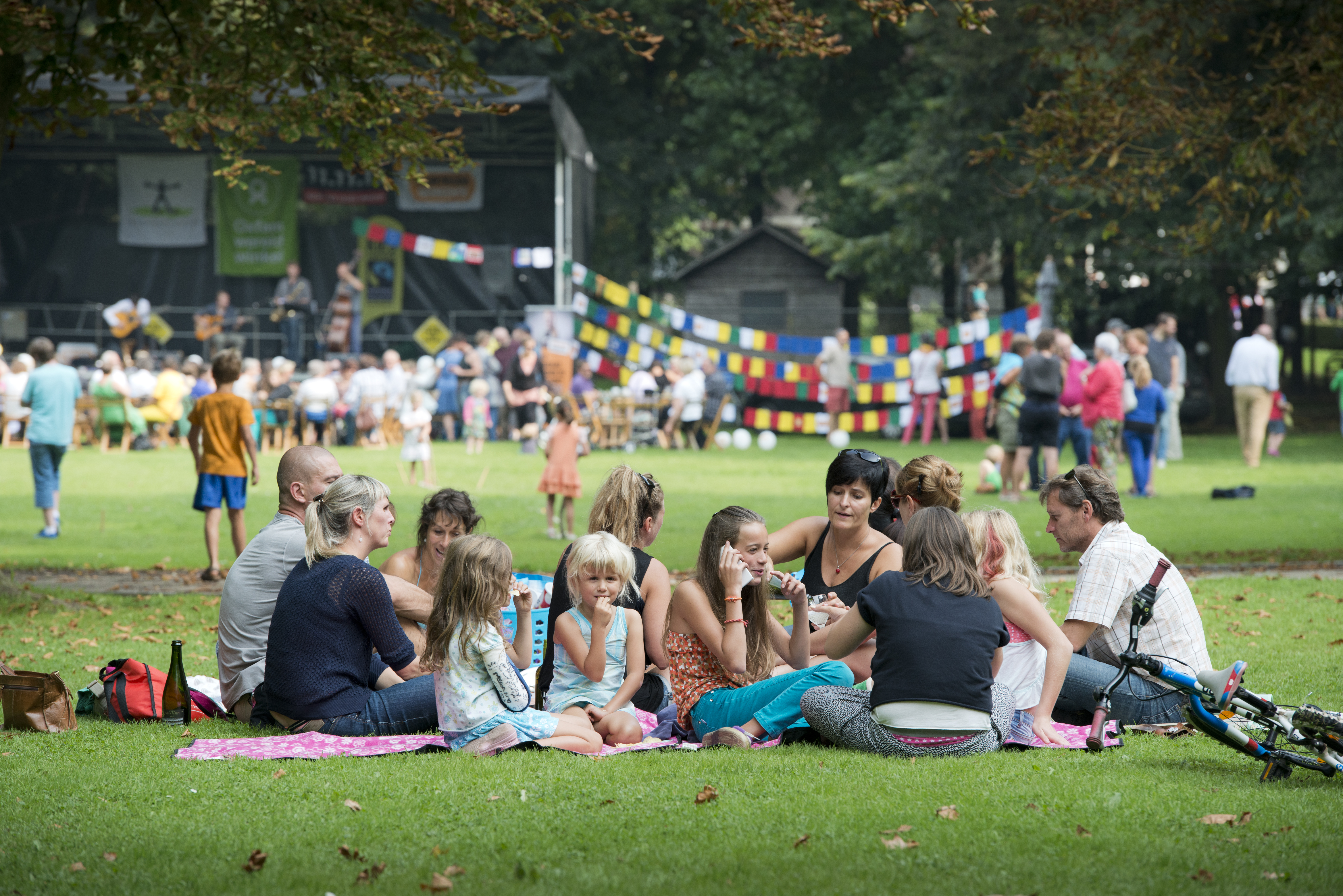 To earn the official title of Fair Trade Town in Belgium, a municipality must accomplish six goals.

First, the city/town council must pass an official resolution to participate in the Fair Trade Towns campaign. The council must also commit to only using fair trade coffee and at least one other fair trade product for both its internal affairs and public events.

Second, shops, hotels, restaurants, and cafes must offer at least two fair trade items to their customers and display signs to indicate that they are participating in the campaign. The number businesses that have to participate in order to meet this goal depends on the population of the town or city.

Third, at least one company, one association and one school must participate in the campaign; more participation is required for larger towns and cities. To meet this requirement, the companies, associations or schools must offer at least two fair trade products to their employees, members or students, and they must advertise their participation in the campaign. Schools must also offer education on Fair Trade to the pupils.

Fourth, the municipality has to regularly communicate with the local media about its participation in the Fair Trade Town program. There must be at least one yearly campaign to raise awareness about the effort.

Fifth, the municipality must organize a committee to coordinate the Fair Trade Town campaign. The committee is responsible for encouraging and helping businesses, food establishments, associations and schools participate in the fair trade initiatives. The committee also keeps track of how many businesses and organizations are participating.

Today, there are 1,850 Fair Trade Towns all around the world, in a total of 30 countries.

Flanders, the northern region of Belgium, has a particularly high rate of participation in the Fair Trade Town campaign. There are a total of 308 municipalities in Flanders, and 175 of those are official Fair Trade Towns (that is 56 percent), with another 73 up for consideration.

Fair trade protects farmers and farm workers in the south, who often struggle to make a living producing or harvesting food.

Small farmers often struggle to compete with the low prices offered by large food production companies; sometimes they cannot even cover their production costs selling their food for market price. The International Fair Trade organization addresses this problem by setting a minimum price which will cover the cost of production.

The minimum price also protects farm workers, who often get paid extremely low wages to harvest crops, in order to keep the cost of food low.

Awareness of fair trade in Belgium has been steadily increasing. A yearly poll conducted by the Trade for Development Center found in 2016 that 92 percent of Belgians have heard of fair trade, compared to 85 percent in 2014.

The survey also found that half of Belgians had a “positive” or “highly positive” response to free trade, and 43 percent of Belgians regularly bought fair trade products.

For the Brussels and Wallonia region: info@cdce.be

January 8, 2019
Subscribe To Weekly NYC Food Policy Watch Newsletter
Subscribe to our weekly email newsletter today to receive updates on the latest news, reports and event information
We respect your privacy. Your information is safe and will never be shared.