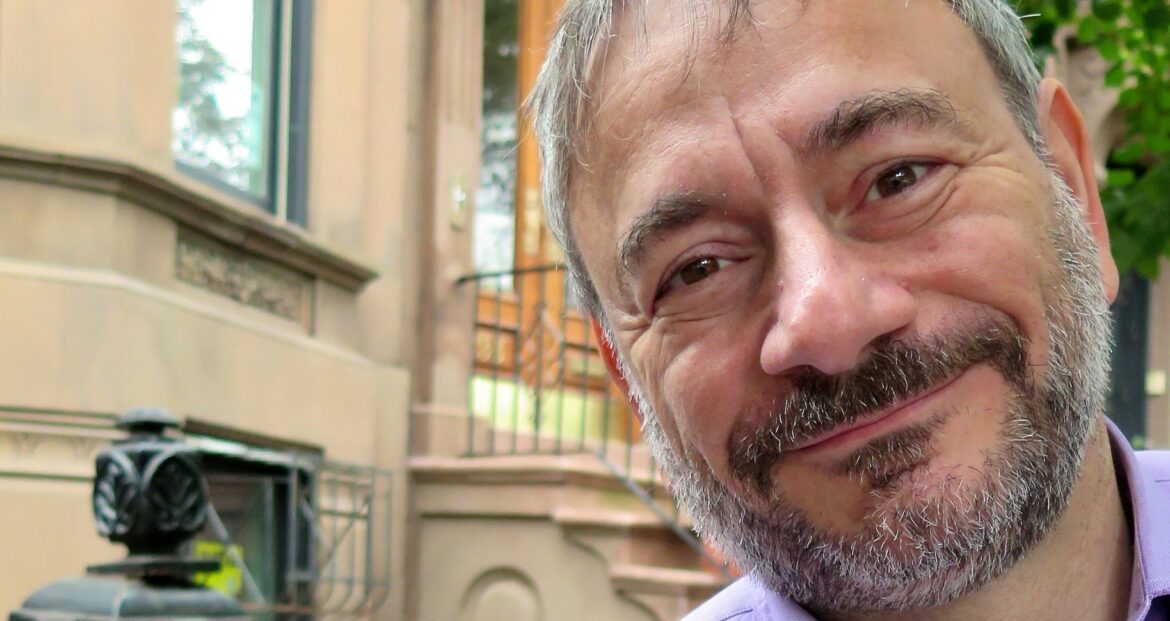 Joel Berg is a dedicated advocate who is a powerful and impactful leader, working to reduce hunger in America. He is the Chief Executive Officer of Hunger Free America. As the CEO of Hunger Free America, formerly known as known as the New York City Coalition Against Hunger, he has grown the nonprofit into a multi-million-dollar, respected national champion for Americans struggling with hunger and food insecurity. Berg is also the author of All You Can Eat: How Hungry Is America?, which is widely acknowledged as the definitive and most well-reviewed book on American hunger of the last decade. He is also the author of America, We Need to Talk. Berg is the past winner of the U.S. Secretary of Agriculture’s Honor Award for Superior Service and the Congressional Hunger Center’s Mickey Leland National Hunger Fighter Award.

Berg is a sought-after keynote speaker who has delivered hundreds of speeches in more than 37 states. He has also appeared on-camera in three documentaries: The Apple Pushers, Hunger Hits Home and A Place at the Table. Berg has been published widely on the topics of hunger, politics, community service and grassroots community partnerships in various news outlets such as the New York Times, The Washington Post, CNN, Fox News, the NBC Evening News, the Guardian, National Public Radio, the Huffington Post, Wall Street Journal and many more.

Prior to joining Hunger Free America in 2001 he was a Senior Fellow at the Center for American Progress, as well as a Policy Analyst at the Progressive Policy Institute, two DC-based think tanks. Berg also worked for eight years in senior executive service positions in Bill Clinton’s presidential administration, served on the Clinton/Gore Presidential Transition Team, and staffed the 1992 Bill Clinton for President campaign.

How did you become a hunger and food-policy advocate? Was it an early passion? What do you think it was in your background growing up that pushed you towards advocacy?

I was a political activist starting at 14, focusing on many topics including fighting Apartheid in South Africa, defending women’s rights, pushing for more environmental protections, and opposing Reagan’s cuts in food stamps. Once I started work at the USDA in the 1990s, I started to focus more on hunger, food systems, and poverty.

What was your role at the USDA? Would you ever work in government again? How does it compare to working at a nonprofit?

I held five jobs at the USDA over the eight years of the Clinton Administration: Acting Director of Public Affairs and Press Secretary; Director of Public Liaison; Director of National Service: Coordinator of Gleaning and Food Recovery; and Coordinator of Community Food Security. In the last role, I created and managed the daily operations of the USDA Community Food Security Initiative, which established innovative public/private partnerships to fight hunger, bolster food security, and help low-income Americans move from poverty to economic independence. I implemented a detailed plan of action in seven areas: local anti-hunger infrastructure; economic and job security; the federal nutrition assistance safety net; food recovery and donations; local food production and marketing; education; and research.

Having spent eight years in the federal government and nearly two decades in the nonprofit world, I am more convinced than ever that it is the government that is best suited to implement large-scale, systemic change. I know from personal experience that, while government can take years to move even one decimal point in a budget or change a single regulatory paragraph, when they do so successfully, they can significantly aid millions of Americans.  I would not be happy to leave my vital work at Hunger Free America, but if, in the future, I am offered a role in government where I can again aid millions of Americans, I will seriously consider it.

This may seem like an off-the-wall question, but do you think that hunger will ever get solved in this country? What is really realistic? Will you ever be out of a job? Will you ever have a “happy anniversary”? (See Here for the inside joke)

Absolutely the U.S. can and should end hunger, With the right economic and social policies, we  could do so in just a few years – for less than a quarter of the money Jeff Bezos has in the bank. America almost ended hunger in the 1970s with better policies — and many other industrialized Western countries have already ended hunger. My first book, All You Can Eat: How Hungry is America?, explains exactly how we can end hunger.

You’ve spent many years working to end hunger. Have there been aspects of the emergency food system that surprised you? If so, what are they? And how are they surprising?

Two things that have amazed me about the nation’s emergency food system with relation to food pantries, soup kitchens, and food banks are 1) how dedicated the staff and volunteers of those organizations are,  and 2) and how few Americans – including those who think of themselves as progressive – understand that this system (as well as community fridges and other forms of communal help)  are actually advancing the right-wing narrative that private charity is a better response to hunger than higher wages and an adequate government safety net.

How has your work at Hunger Free America changed since COVID-19? Are there new ways you are approaching the hunger and food insecurity crisis in NYC?

It’s vital to understand that the pandemic only worsened a massive, pre-existing hunger problem in the U.S. and NYC. We are doing everything we did before, but more of it. We opened a Bronx field office to expand our community-based SNAP and WIC outreach. And, of course, we are doing more of our work remotely now.

In New York City, 1.2 million residents were food insecure prior to the COVID-19 pandemic. Now that number has increased to around 2 million. What actions should the City take to decrease poverty and hunger?

What is the one food policy change at the federal level that would have the greatest impact on hunger?

What is the one food policy change at the local/NYC level that would have the greatest impact on hunger?

In your opinion, what is the number-one thing governments get wrong about hunger and food?

They think charities and community gardens (which are seasonal) can somehow solve a massive, structural, year-round problem.

Many of the hungriest New Yorkers are undocumented immigrants, both because they are usually paid low wages and because they are ineligible for SNAP and other public benefits. What specific steps should be taken by the government  to reduce hunger among this population?

What broader, practical, and realistic economic steps – such as creating jobs, raising wages, and making housing, childcare, health care, and transportation more affordable – should be taken to reduce poverty and hunger?

What was your proudest food advocacy moment?

Providing advice and support for the Biden Administration’s efforts to dramatically expand federal nutrition assistance programs. Also, it was a great victory to force then-Mayor Bloomberg to stop finger-printing SNAP applicants in NYC.

As a child, you wanted to be?

I actually had pretty good summer jobs interning at various levels of government, but I once had a lousy part-time job folding boxes for NFL souvenir plaques

Your breakfast this morning: Oatmeal

12 Ways to Keep Your Food Economy Local (and Why it Matters!)

A Discussion on Kid Food: The Challenge...

December 4, 2018
Subscribe To Weekly NYC Food Policy Watch Newsletter
Subscribe to our weekly email newsletter today to receive updates on the latest news, reports and event information
We respect your privacy. Your information is safe and will never be shared.