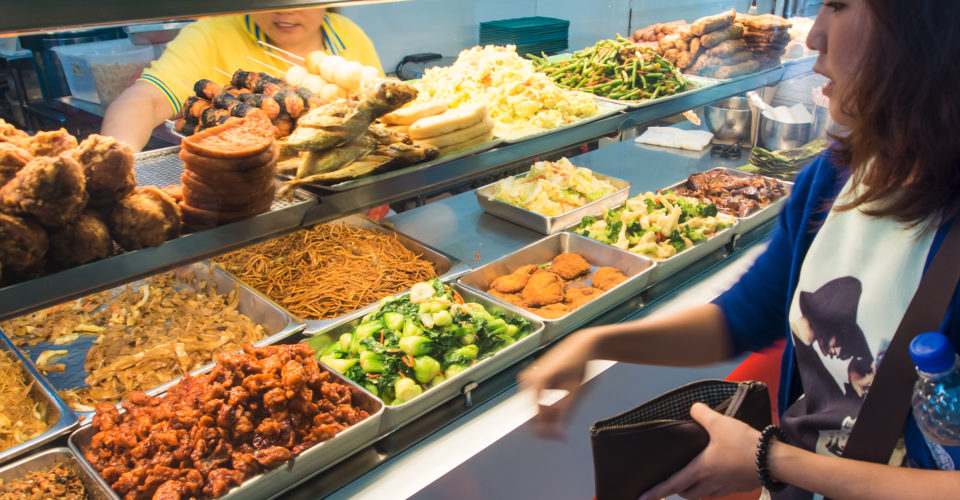 In response to rising obesity rates in Singapore, the Health Promotion Board sought to tackle the issue of unhealthy diets. Hawker centers are very central to food and culture in Singapore as they house many street food vendors that capture the multitude of flavors and cuisines present in the city-state; many citizens take advantage of these centers and eat out frequently. But hawker centers often do not serve food that is beneficial for one’s health, as much of the food is cooked in large amounts of oil and uses unhealthy ingredients. The National Environment Agency (NEA) watches over these food vendors and ensures the food is sold safely and hygienically.

Through the Healthier Hawker Program, both public and private sectors as well as individuals were targeted in an effort to cut back on the caloric intake of people consuming food at hawker centers.

Since its launch in 2011, the program has lost some influence, but has been replaced with a similar program, the Healthier Dining Program. Very few articles have been written and very few updates have been made to the Healthier Hawker Program portion of the Singapore HPB website since 2011. But while there isn’t much activity with the Healthier Hawker Program, it does appear that the HPB has been busy implementing many similar programs, one being a program with school meals. This new program, the Healthier Dining Program, functions similarly (restaurants apply for grants that will help them implement a healthier menu) but is less applicable to hawker centers.

As of July 2017, there has been a push for hawker vendors to include at least one healthy dish on their menu before 2019.

Many vendors have chosen to revert back to their old methods of cooking with their original ingredients, sometimes because the inconvenience of ordering and buying the healthier ones was too great.

The Health Promotion Board (HPB) and 51 food companies joined forces, pledging to promote healthier food options in hawker centers by cutting out 25 billion calories in the food supply chain by 2013. The program began in 2010 and was launched in 2011.

The HPB has partnered with grassroots organizations, food vendors in hawker centers, the National Environmental Agency, and the People’s Association to create a model for a healthier food supply in Singapore.

According to the HPB, nine in ten Singapore residents eats noodles at least once a week. Because noodles are such an integral part of a Singapore diet, the HPB decided to start there by pushing the use of whole grain noodles.

Healthier options of menus (meals with less than 500kcal) will be highlighted.

Negotiations with suppliers kept costs of purchasing healthier options equal to or lower than the cost of the regular ingredients to encourage the purchase of these meals. Many cooks were concerned that the change of ingredients would also mean a decrease in the quality of the food cooked, so professional chefs were recruited to teach the vendors how to cook with healthier ingredients and still maintain much flavor to ease this concern.

In 2010, the National Health Survey recorded one in ten Singapore citizens as obese and seven in ten citizens as exceeding recommended daily caloric amounts. This rise in obesity was thought to be due to the increasing number of places to eat out, the rising amount of people choosing to eat out, and lack of physical activity among these people. For example – according to the HPB – the percent of people who eat out at hawker centers at least four times per week increased from 49 percent to 60 percent from 2004 to 2010. As more people were choosing to eat out, it was important that the options provided to them will not lead to a great deterioration in their health.

Health education did not appear the problem. A study conducted by the American International Assurance showed that many overweight Singaporeans were aware of the importance of healthy eating and regular exercise and would like to lose weight, however, changing diets goes much farther than just education; the change must also apply to the food culture of a society.

The Healthier Hawker Program is similar to the Kamala Carts program in Bangladesh. Both programs work to increase visibility of food vendors that practice hygienic sales of food, thereby promoting the sale of healthier food. 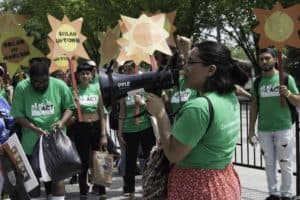 What they do: WE ACT was started in 1988 when three fearless community leaders saw that environmental racism was rampant...
Copyright © 2019-20 Hunter College New York City Food Policy Center. All Rights Reserved.
Back to top
Subscribe To Weekly NYC Food Policy Watch Newsletter
Subscribe to our weekly email newsletter today to receive updates on the latest news, reports and event information
We respect your privacy. Your information is safe and will never be shared.