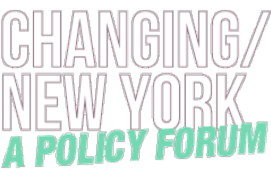 On March 3rd The New York City Food Policy Center and The Roosevelt House Public Policy Institute join forces to sponsor Transforming Food Policy: Can New York City Become a Model for Smart, Fair Municipal Food Policy for the Nation? At this session of the Changing New York series, four experts who are at the frontlines of changing food policy in New York will consider what we have learned from Bloomberg-era food policy initiatives, what are the likely food policy priorities of the current city government, and what New York can learn from other cities?

Due to overwhelming interest, RSVPs for this event are no longer being accepted.

July 27, 2021
Subscribe To Weekly NYC Food Policy Watch Newsletter
Subscribe to our weekly email newsletter today to receive updates on the latest news, reports and event information
We respect your privacy. Your information is safe and will never be shared.