Three Years After FDA Released Its Determination the U.S. Is Now Trans-Fat Free 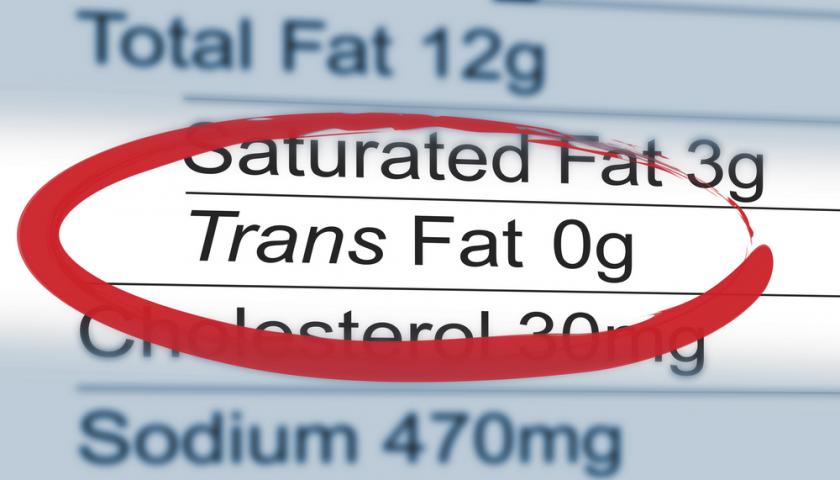 Overview: In June 2015, the US Food and Drug Administration (FDA) determined that partially hydrogenated oils (PHOs), the primary source of trans fats, are not “generally recognized as safe” (GRAS) for any use in food. With this determination, the FDA set a three-year deadline for food companies to eliminate artificial trans fat from their products (excluding naturally occurring trans fat in products like meat and cheese). This determination came after decades of research culminating in the scientific consensus that consuming trans fat is strongly linked to heart disease and obesity.

The artificial trans fat phase-out proved to be successful and beneficial for the public’s health, prompting the FDA to spread Bloomberg’s trans-fat ban nationwide.

In January 2006, the FDA required food companies to disclose the amount of artificial trans fat on their Nutrition Facts label if trans fat content was greater than 0.5g per serving (foods containing 0 g of trans fat could contain up to 0.5 g per serving without having to include that information on the nutrition facts label).

In November 2013, the FDA made a preliminary determination that partially hydrogenated oils (PHOs) were not “generally recognized as safe” (GRAS) for use in food.

In June 2015, the FDA made that determination final and gave companies until June 18, 2018 to eliminate artificial trans fats from their products.

Program goals: To reduce the burden of non-communicable diseases.

How it works: In an effort to eliminate artificial (that is, industrially produced) trans fats from the food system, food companies were given three years to comply and reformulate their products. Manufacturers struggling with reformulation were allowed to petition for an extended deadline.

Not all trans fat will be completely gone from our food because it occurs naturally in small amounts in meat and dairy products.

While fat has been considered a dietary demon for years, there are four main types of fat –saturated, trans, monounsaturated and polyunsaturated– and not all of them are bad. In fact the 2015-2020 Dietary Guidelines recommend that individuals consume more mono- and polyunsaturated fats, limit saturated fat intake and restrict intake of trans fats entirely. While trans fats are naturally occurring in meat and dairy products, most are produced industrially through a process called hydrogenation, a manufacturing method that adds hydrogens to oils in order to make them more solid at room temperature. Hydrogenation became preferred by manufacturers because solid fats provide longer shelf life and better texture to foods. Partial hydrogenation creates trans fats and full hydrogenation creates saturated fats. Several studies have found that artificial trans fats raise LDL or “bad” cholesterol and lower HDL or “good” cholesterol, promoting a greater risk of heart disease, stroke and type 2 diabetes. Removing artificial trans fats from processed foods has the potential to prevent thousands of heart attacks and deaths each year with minimal cost to industry.

Evaluation: The FDA is responsible for enforcing compliance and conducting evaluation.

According to an account in the Washington Post, food companies removed 98 percent of trans fats from the food supply between 2015 and 2018.

In January 2004, Denmark became the first country to eliminate artificial trans fat from its food supply. A study found that in three years following the policy implementation, mortality attributable to cardiovascular disease (CVD) decreased on average by 14.2 deaths per 100,000 individuals annually. Learn more about Denmark’s initiative.

In 2007, New York City banned the use of partially hydrogenated oils in restaurants. A study published in JAMA Cardiology found that hospitals in New York counties where trans fat was restricted in restaurants saw a 6 percent drop in heart attacks and strokes three years after the law went into effect, compared with areas without restrictions. Learn more about NYC’s initiative.

Countries across Europe and North America have been advocating for the elimination of artificial trans fats, but not all countries are equally adamant about this, and further action is needed in low- and middle-income countries where partially hydrogenated cooking oils are commonly used. According to the World Health Organization (WHO), trans fat is responsible for more than 500,000 premature deaths from CVD every year worldwide. In response to this finding, the WHO aims to eliminate artificial trans fats from the global food supply. On May 14, 2018, the organization launched the REPLACE initiative, a step-by-step strategy guiding countries on how to remove artificial trans fats from their foods by 2023. Learn more about the WHO’s initiative.

Sustainable Catering at the University of Basel,...

November 29, 2016
Subscribe To Weekly NYC Food Policy Watch Newsletter
Subscribe to our weekly email newsletter today to receive updates on the latest news, reports and event information
We respect your privacy. Your information is safe and will never be shared.