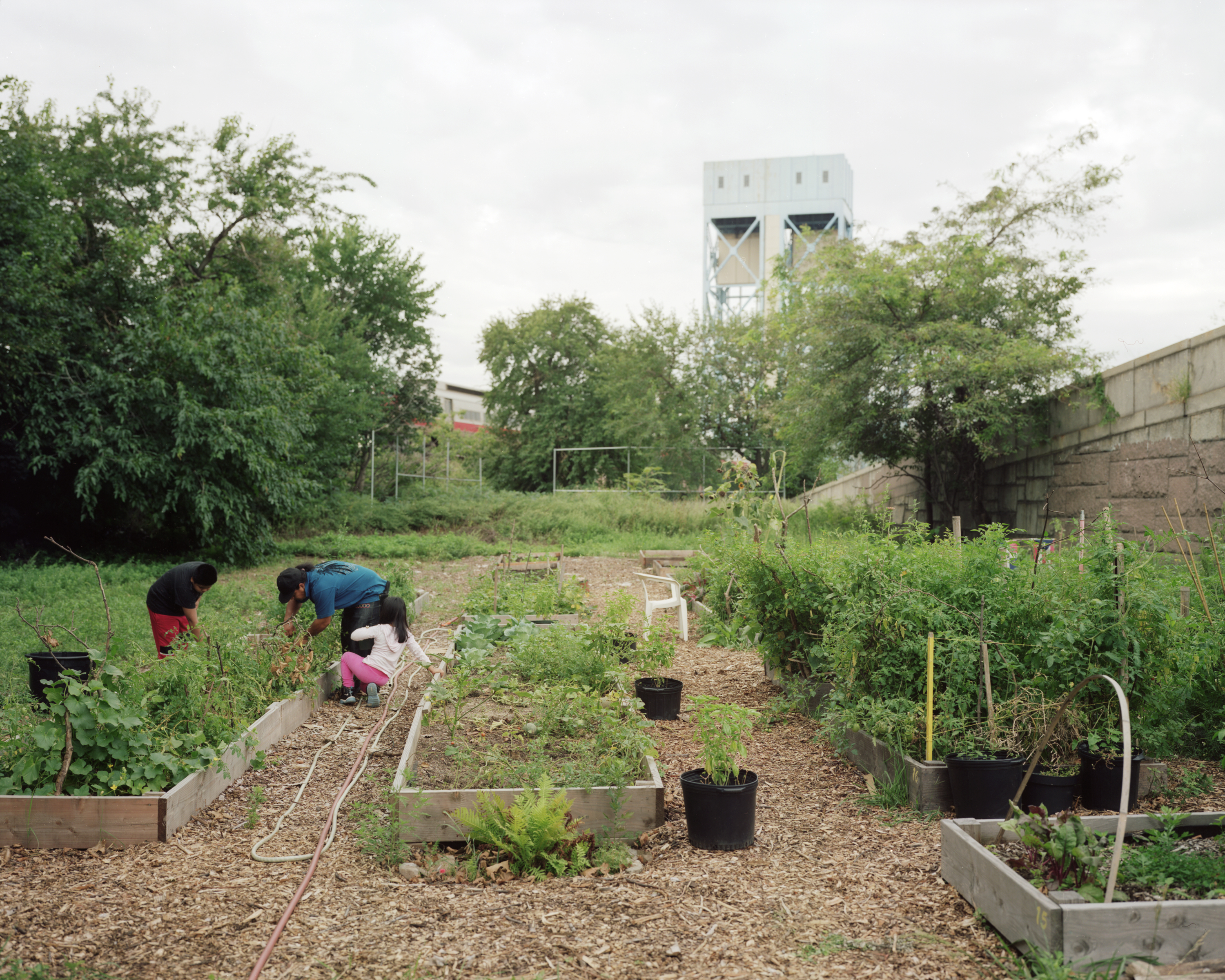 On December 11th, 2017, the New York City Council unanimously passed the city’s first-ever urban agriculture policy bill (Int. No. 1661-A: A Local Law in relation to requiring the department of city planning, department of small business services, and the department of parks and recreation to develop urban agriculture website). The bill calls for a digital network that would collect information about urban agriculture across the five boroughs through a website. The goal of the bill is to create a comprehensive database of existing urban agriculture organizations and businesses and provide guidance to those who are interested in becoming involved in urban farming.

City-dwellers have a long history of growing food in small community gardens throughout New York City. Community groups have even transformed sizeable plots of city land into working farms in Red Hook and Battery Park and large-scale commercial operations have emerged such as Brooklyn Grange and Gotham Greens. Additionally, a contingent of local entrepreneurs, including Edenworks, Smallhold, and Farm.One have begun to carve out a niche for high-tech agriculture by developing hydroponic, aeroponic and aquaponic systems for growing food.

The urban ag website bill (Int. No. 1661-A) is the second attempt by Council Member Rafael Espinal of District 37 to get city agencies involved in urban farming. “Int. No. 1661-A is only a first step in my undivided commitment to growing this vital sector,” Council Member Espinal wrote in an email. “I look forward to working with all stakeholders to develop more influential policy in the near future.”

The first bill, Int. No. 1661, (A Local Law in relation to developing a comprehensive urban agriculture plan), was sponsored by Council Member Espinal along with Brooklyn Borough President Eric Adams, proposed that the city write a comprehensive urban agriculture plan that would clarify the regulatory status of the industry and develop a policy agenda aimed at making it easier for urban farmers, especially budding businesses, to operate in what can be a complicated, regulation-laden, NYC business environment. For example, New York City’s current zoning resolution has not been substantially updated since 1961 and is lacking clear definitions for the many uses and practices of urban agriculture, such as “urban farm,” “rooftop farm,” “indoor farm,” “vertical farm,” “aeroponics,” “hydroponics,” and “aquaponics.”

The original bill (Urban Ag Planning, Int. No. 1661), which did not pass, came out of a series of conversations and meetings between an urban ag-tech trade group and Brooklyn Borough President Eric Adams’ Office, according to Henry Gordon Smith, founder of Agritecture Consulting and a member of the NYC Agriculture Technology Collective. The ag-tech trade group reports having voiced their frustrations with the city’s zoning laws, which prohibit commercial farms in residential zones and the on-site sale of any agricultural products grown in residential districts.

Unfortunately, the revised version of the original bill, Int. No. 1661-A, does not include any plan to revisit and/or amend zoning policy in a way that would encourage or support growth in the industry—something both community gardeners and commercial farmers have been eager to see come to fruition.

“The city doesn’t have a lot of flexibility in terms of how unused spaces in residential buildings could be made more productive,” said Gordon Smith. “Even outdoor areas of large housing complexes might be challenging to turn into anything that can be used to produce food commercially.”

Designing legislation to serve the interests of an ag-tech industry trade group raises questions for many existing farmers and advocates already working in NYC communities. The focus on commercial opportunities in City Council Bill Int. No. 1661 seemed to overlook the long-standing work of community gardeners and soil-based urban farmers in communities across the city. In fact, many were unaware that a bill was even under discussion until they got word of the public hearing in October. “The industry must focus not only on tech jobs,” said Susan Chin, executive director of the Design Trust for Public Space, “but also bring attention to more traditional methods of community-based growing that have proven sustainability, resilience, and an array of public health and social benefits for neighborhoods.”

Community gardens face legislative and land use barriers of their own. Where indoor and vertical farmers grapple with the building code and residential versus commercial zoning, many community gardeners fight to defend their land against real estate development. The latest zoning efforts to create more space for affordable housing have put pressure on gardens across the city. Bushwick City Farm is one of the several community gardens and farms embroiled in a real estate struggle. The farm, which is located in an underserved community, gives away produce, eggs, clothing, and honey to the local community, but their landlord is currently trying to evict the farmers in order to develop the property.

Then there are the New York State regional farmers who supply farmers’ markets and supermarkets in NYC as well as other locations. “The rise of the industrial, controlled environment, indoor urban farm is something entirely different. While these farms may create city jobs, I think it’s too early to tell the role they will play in feeding NYC,” says Michael Hurwitz, director of Greenmarket Farmers’ Markets in New York City (which runs more than 50 markets throughout NYC). “In the meantime, there are hundreds of thousands of acres of regional farms that do sustain us and they need to be supported and protected. Our city’s food policy should begin there. Zone to allow the urban farm, but invest in our surrounding foodshed. And for the most part, the city is doing just that,” adds Hurwitz.

Regardless of whether food is grown in an indoor aquaponics system or by community gardeners, it remains uncertain whether urban agriculture can contribute enough food to make a difference. A 2016 report from the Center for a Livable Future at Johns Hopkins University concluded that while growing food in cities has benefits, and urban farming plays a role in community health and development, it is insufficient as a unique tool to address food insecurity and dietary quality. Even if all the available land in New York City were to be transformed into urban farms, the total output would provide produce to between 103,000 and 160,000 of the cities 8.4 million residents—just shy of two percent of the population.

Nevertheless, urban agriculture can complement traditional supply channels, be it through community gardens growing culturally specific vegetables or large-scale commercial farms producing locally grown salad greens year-round. Many community gardeners and indoor farmers don’t see urban agriculture as the sole solution for feeding New Yorkers. Rather, farming within city limits is but one tool among many for increasing access to fresh produce and addressing inequalities within the food system. “Urban agriculture is a part of food justice and food sovereignty,” said Qiana Mickie, the executive director of Just Food. “It’s giving people the option to grow the food they want to grow and be able to determine not just how it is grown but how it’s disseminated.”

January 17, 2017
Subscribe To Weekly NYC Food Policy Watch Newsletter
Subscribe to our weekly email newsletter today to receive updates on the latest news, reports and event information
We respect your privacy. Your information is safe and will never be shared.