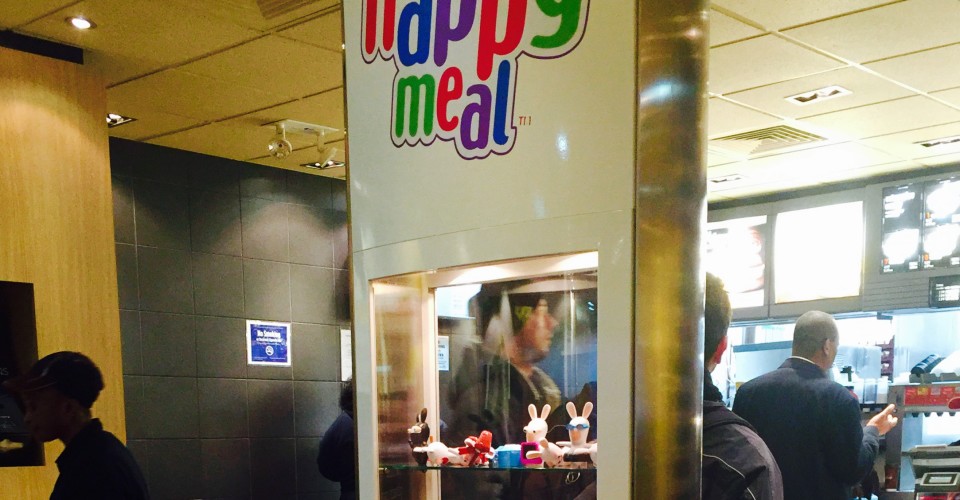 Testimony to the New York City Council Committee on Health

Good afternoon, and thank you to Chairman Corey Johnson and the members of the Committee on Health for the opportunity to speak with you about the proposed Local Law to amend the administrative code of the City of New York in relation to setting nutritional standards for distributing incentive items aimed at children.

I congratulate Council Member Kallos, and the co-sponsors, for their work and for the innovative thinking that went into proposing this bill, which seeks to better the health of the children of the City of New York. I would urge this committee and the City Council to support this important legislation.

I am here on behalf of the New York City Food Policy Center at Hunter College, of which I am the director. The Center was created in 2012 to develop collaborative, innovative and evidence-based solutions to preventing diet-related diseases, promoting healthy eating, and food security in New York City and other urban centers. The Center works with policy makers, community organizations, advocates and the public to create healthier, more sustainable food environments. We thank the City Council and the Speaker’s office for their support of our Center.

Statistics from the 2011-2012 National Health and Nutrition Examination Survey indicate that one-third of children and adolescents consumed fast food each day, and that they consumed on average 12.4 percent of their daily calories from fast food restaurants. Researchers have demonstrated that food prepared outside the home is associated with inferior diet quality and increased caloric intake. Additionally, being an overweight or obese child significantly increases the child’s likelihood of being an overweight or obese adult. That in turn increases their risk for health problems such as Type II diabetes, cardiovascular disease, osteoarthritis, psychological disorders and some types of cancer.

It is therefore natural and fitting for New York City to meaningfully address the issue through truly progressive legislation, especially given the City’s history of righting social inequities and serving as a role model for other urban centers throughout the United States and beyond.

Because children are especially vulnerable, targeting them for consumption of products that are harmful to their health could, in my view, be considered a violation of their fundamental human rights—a position that is also held by public health advocates in Mexico.

In a nation where, according to researchers at the American Heart Association, 80 percent of teens are on their way to developing heart disease because their diets are too high in salt, sugar and fat, the negative impact of such marketing techniques can’t be overstated.

Nor can the food industry be relied upon to self-regulate. In 2006, responding to governmental pressure, the Better Business Bureau established the Children’s Food and Beverage Advertising Initiative, an industry self-regulatory program intended “to shift the mix of foods advertised to children under 12 to encourage healthier dietary choices and healthy lifestyles.”

However, as researchers reporting to the Robert Wood Johnson Foundation have observed, industry self-regulation does not for the most part address the practice of unhealthy food marketing to children and adolescents in any significant way, including the offering of toys as incentives to purchase unhealthy foods. Why? Because, simply put, food marketing to children has proved to be an effective method of influencing potential new consumers, increasing market share, and ultimately producing increased shareholder profit.

For many of these reasons, in 2010 Santa Clara County, California, passed a bill similar to the one proposed for New York City–the first such law in the United States. A year later, San Francisco became the first U.S. city to enact a toy premium ban; and in 2012 the government of Chile banned any use of toy premiums in children’s meals.

Chile’s ban directly addresses the World Health Organization’s call for tighter regulation of the global food industry’s marketing of high-fat, high-sugar, and high-salt foods to children, which it described as being “disastrously effective” at fueling the global obesity epidemic.

Merriam-Webster’s definition of the word “predatory” is “inclined or intended to injure or exploit others for personal gain or profit.” Clearly, the marketing of unhealthy food products to children is both predatory and powerful—predatory because it exploits the natural tendency of children to believe what they are told solely for the purpose of increasing food-company profits; powerful because it creates a new generation of consumers whose habitual consumption of unhealthy foods severely contributes to chronic disease.

Based on an extensive review of the research, the American Psychological Association concluded that most children under the age of eight are unable to understand the persuasive intent of advertisements. Additionally, the research demonstrated that product preferences affect children’s product purchase requests, and that these requests in turn influence parents’ purchasing decisions primarily through what is commonly known as the “nag factor.”
In other words, this type of marketing is by definition exploitative because young children don’t have the capacity to understand that they are being manipulated to nag their parents or guardians to buy unhealthy food products. Researchers have documented this so called “nag factor” and –have shown that food companies even know what types and kinds of tantrums work best.
Think about this: in 2009, according to a report by the Rudd Center for Food Policy and Obesity, the average child viewed 262 TV commercials that targeted them to go to a local fast-food outlet to participate in a toy giveaway (or other promotion). In fact, each year the food industry spends hundreds of millions of dollars on the powerful and predatory marketing of unhealthy food products to children. For example, a 2014 McDonald’s TV commercial featuring a Happy Meal set of 14 toy giveaways was tied to one of that year’s highest-grossing youth-rated movies, How to Train Your Dragon 2.

As in all such advertising, the toys in the McDonalds campaign were the primary incentive for the purchase of unhealthy foods. The campaign typified the trend towards tying fast food kids’ meal premiums to popular movies and TV shows. The aim is always the same: enticing, engaging, and entertaining a young and vulnerable population into eating unhealthy fast food.

One of any parent’s most important jobs is to provide their children with healthy foods. But food marketing to children, including the use of toy giveaways and premiums, undermines this parental right and privilege.

It’s difficult enough getting children to eat a healthy and diverse diet; however, targeting them by offering toy giveaways tied to unhealthy food gives the fast-food industry an unfair advantage.

The proposed legislation is not only about reducing unhealthy meal purchases, important as this is. The proposed law, if enacted, will also send a message to our community, making it clear that the New York City Council cares about the health and welfare of our children and about their future as citizens of this great city.

We at the New York City Food Policy Center at Hunter College stand ready to help in any way we can to realize the vision of a New York City that is without hunger and without obesity (and related chronic disease), and that is truly the food capital of the world.

For more information about the NYC Food Policy Center at Hunter College, visit our website at www.nycfoodpolicy.org or e-mail Charles Platkin at [email protected] 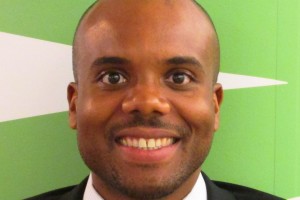 David DeVaughn is the Manager, Policy & Government Relations at City Harvest where he works to reduce the underlying...
Copyright © 2019-20 Hunter College New York City Food Policy Center. All Rights Reserved.
Back to top
Subscribe To Weekly NYC Food Policy Watch Newsletter
Subscribe to our weekly email newsletter today to receive updates on the latest news, reports and event information
We respect your privacy. Your information is safe and will never be shared.