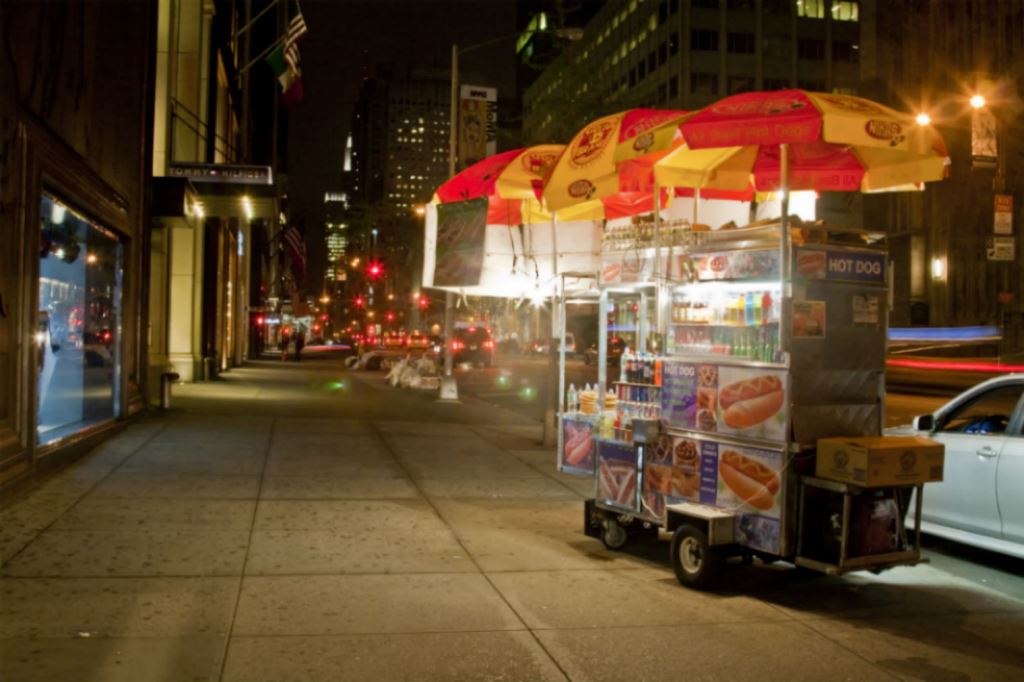 Since the 1980’s there have been strict limits on the number of food carts and trucks allowed to vend on New York City streets. The cap on the number of permits has resulted in a thriving black market for vending permits, allowing incumbent permit holders, many of whom are no longer street vendors, to illegally rent permits for tens of thousands of dollars.

On October 2016, the New York City Council Committee on Consumer Affairs convened hearings on the proposed Street Vending Modernization Act to amend the New York City charter and administrative code of the City of New York to:

There is a strong rationale for the proposed bill, which will increase food vendor permits, for the evident benefits of job creation among immigrants and other entrepreneurs, freedom of enterprise, and improving the equity dialogue; however, any legislation regulating the selling of food in an urban center like New York City requires strict consideration of its health impact, and presents an opportunity not only to increase new micro-businesses, but also to promote health. The proposed bill offers a unique opportunity to include amendments, which could go further toward protecting the health of New Yorkers and its millions of annual visitors, to include certain health provisions that impact nutrition and food safety.

Great strides have been made in improving public health across New York City in recent years, notably reducing the number of both obese[1] and severely obese[2] public school children. However, the statistics are still grim, and New York remains in the midst of an epidemic of diet-related diseases that are disproportionately impacting racial/ethnic minorities and those with lower incomes:

While many laudable initiatives have significantly improved the city’s food landscape across the five boroughs (e.g., Green Carts, Shop Healthy, Farmers Markets/Health Bucks, and FRESH), there is more that can be done and street vendors can play a critical role in increasing access – to either healthy or unhealthy foods. Studies show the negative impact of street vendors selling unhealthy products:

To address nutritional concerns, adding an incentive for vendors who display calorie and/or nutritional information for the products they are selling (as well as ingredients lists, upon request), who sell only fruits and vegetables, and/or who locate their carts in areas designated as in need of additional healthy food outlets will encourage increased transparency around healthy food consumption. These recommendations are aligned with previous city regulations (i.e., menu labeling in chain restaurants and Green Carts requirements), and would further the city’s efforts to promote healthy eating, address disparities in access to nutritious food and improve the overall food environment.

Global health and wellness sales are expected to hit a high of $1 trillion in the United States in the coming year.[10] Research has shown that customers increasingly want and seek healthy options,[11] and are willing to pay more for them (if their income allows).[12] Stands that sold healthier items fared just as well economically as those vending unhealthy products.[13] Corner stores that sold produce made a higher profit from fruits and vegetables than from energy-dense snacks.[14] Restaurant chains that increased their lower-calorie food and beverage offerings had increased sales and customer traffic.[15] In NYC, one can point to the success of restaurants offering healthy food and beverages such as Dig Inn, Roast Kitchen, The Butcher’s Daughter, Fresh & Co., Chop’t, Sweetgreen, Liquiteria and Hu.

While the research on calorie menu labeling and/or nutrient labeling has shown mixed results,[16],[17],[18],[19] studies that demonstrate a positive impact have also provided anecdotal evidence that show that labeling creates conversation and awareness around healthy food choice and consumption– and still has significant value as a base to improve healthy food policy.

The city has taken steps to improve food safety for those who eat out, including the 2010 legislation that introduced restaurant letter grading, which informs consumers at point-of-entry of every establishment’s sanitary status. While NYC’s mobile food vendors are required to take the Food Protection Course for Mobile Vendors,[20] food safety in mobile vending (with inherent challenges such as lack of access to running water) remains a grave concern.

To address food safety considerations, vendors should undergo supplementary training that includes education covering the most common violations that put the public at risk for foodborne illness. Food vendors are currently obligated to take a food safety course, however, research shows that street food vendors need additional specialized food safety training, including information on how they can avoid expensive violations. Opening up more than 600 new permits is a unique opportunity to continue the narrative and discussion regarding a higher level of training for new food vendors.

Proposing these amendments in the form of an incentive to vendors, to encourage adoption – rather than as yet another requirement subject to a fine if not met (as a study shows that the majority of street vendor fines go unpaid[23] and the goal is not to place undue burden on vendors) could yield positive results and improve the nutritional quality of food served by street vendors throughout New York City.

Everything but the Food: Real Ideas to...

July 2, 2019
Subscribe To Weekly NYC Food Policy Watch Newsletter
Subscribe to our weekly email newsletter today to receive updates on the latest news, reports and event information
We respect your privacy. Your information is safe and will never be shared.