Should Emergency Food Be the Long-Term Solution to Hunger? 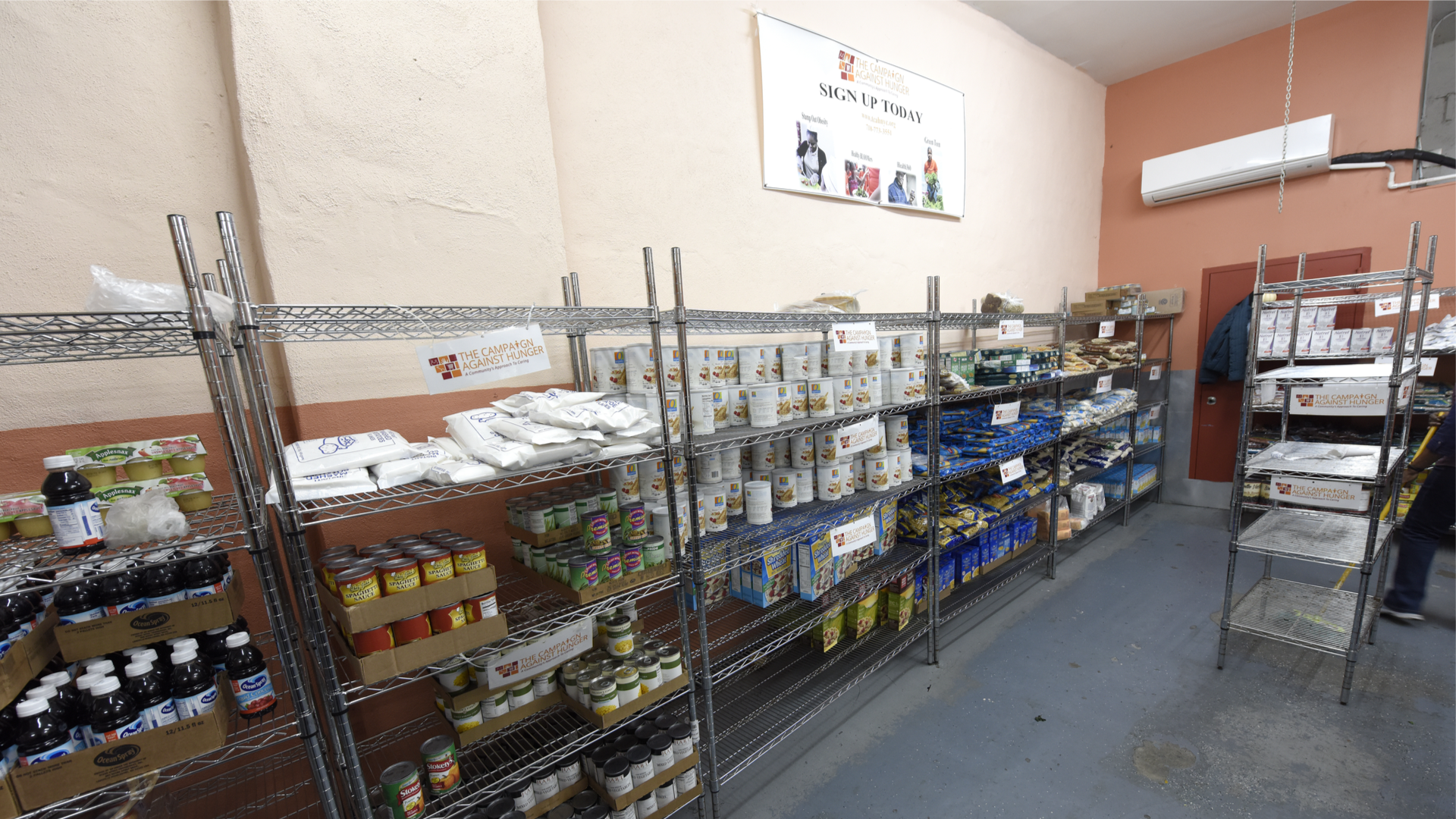 Every year millions of Americans rely on emergency food, including food banks and food assistance programs such as the Supplemental Nutrition Assistance Program (SNAP), the Special Supplemental Nutrition Program for Women, Infants, and Children (WIC) or the Emergency Food Assistance Program (TEFAP) for their next meal. While these programs are referred to as emergency or supplemental programs, they have, nevertheless, evolved over time into resources that many Americans rely on for survival.

The History of Emergency Food

At its most basic level, the concept of redistributing surplus food to those in need, hasn’t changed much in more than a century. As far back as the late 1890s, a recession and cuts in government aid led to breadlines and soup kitchens, according to Labor’s Story in the United States, but it wasn’t until the breadlines of the 1930s that the federal government enacted the first hunger-relief programs, which paved the way for the establishment of food banks.

In the late 1960s and early 1970s, the first food banks were established. In 1967 John van Hengel created what many consider the first food bank, expanding a soup kitchen in Phoenix, Arizona,  into a food storage and distribution center. Beginning in 1972, the Second Harvest Food Bank provided food with a focus on social justice in Santa Cruz County, California.

For decades there were only a handful of food banks collecting and distributing food to pantries and soup kitchens, and then in the 1980s the recession hit. In 1981 Congress authorized the Temporary Emergency Food Assistance Program (what we now know as the Emergency Food Assistance Program (TEFAP)) as a way to help states cover the cost of storing and redistributing excess food. The result, the number of food banks grew rapidly. In NYC alone, according to The New York Times, the number of soup kitchens and food pantries rose from about 30 in 1980 to almost 500 by 1987.

Today, Feeding America, the country’s largest domestic hunger-relief organization, has a network of roughly 200 food banks or warehouses storing food that is either donated or rescued from supermarkets, farmers, restaurants, government agencies and other people and organizations. They work with 60,000 food pantries and soup kitchens serving almost every community in our country and, by their own account, provide roughly 46 million people with food each year.

The Problem With Emergency Food Assistance: For Many it Never Ends

When it was initially authorized, the Emergency Food Assistance Program was supposed to be temporary, a form of disaster relief, according to the Congressional Research Service., But more than 35 years later, food banks remain a necessity for millions.

“A 50-year charitable response to the underlying problem of hunger is not an emergency,” said Noreen Springstead, executive director of WhyHunger, a NYC-based nonprofit that works to end hunger around the world.

According to a recently released study by researchers at the United Way ALICE Project, almost 51 million households or 43 percent of all households in the United States don’t earn enough to pay the monthly bills for basics such as food, housing, transportation, childcare, health care, and a cell phone.

“Many who struggle to put meals on their tables are people who are working full time, pay their bills on time, and do their best to stretch their budgets. The reality is that, with the threshold for public assistance remaining so low, many working families are earning too much to qualify for programs like SNAP, yet are still unable to make ends meet on their own. The high cost of living in New York City forces many working families and individuals to make difficult decisions about how to stretch their budgets,” said Samantha Park, a spokesperson for City Harvest, which connects businesses that have excess food with emergency hunger relief organizations.

According to City Harvest and Data2Go NYC, roughly 1.2 million New Yorkers are food insecure, a problem the organization sees as getting worse as the cost of basic necessities increases. Since 2000, the cost of living in New York City has gone up by almost 90 percent and the cost of food in Manhattan has doubled while wages have increased by only about 30 percent.

Unlike rent, for example, food is not a fixed expense, and so the grocery budget is often the first to be cut and people turn to pantries and kitchens to fill the gap.

A 2019 article in the Journal of Hunger & Environmental Nutrition reports that the emergency food system serves 46.5 million Americans, or 15.5 million households, each year. That includes 44 million people served through food pantries, primarily on a routine basis.

“Emergency food helps to maintain food security, but when you start talking about the root causes of hunger and long-term solutions, the idea becomes how do we lift people out of systemic poverty, and then you have to start thinking about housing and fair wages and the building of a safety network. It’s not something that will be built overnight,” said Greg Silverman, Executive Director of the West Side Campaign Against Hunger (WSCAH).

There’s no doubt that emergency hunger-relief organizations are vital to the communities they serve. While the decentralized nature of hunger-relief organizations makes it hard to find statistics on the exact number of people using emergency food or for what length of time, in New York City, there were almost 25 million visits to food pantries and soup kitchens in 2018, according to City Harvest. Some of those food pantries and soup kitchens reported seeing mostly one-time visitors while others said they saw the same people week after week.

While these organizations continue to serve as many New Yorkers as they can, each year the numbers of people served and the amount of food delivered to them seems only to grow. City Harvest, for instance, has delivered more than 750 million pounds of food to New Yorkers since it was founded in 1982 and expects to deliver 61 million pounds in 2019.

A report in 2018 by the Food Bank for New York City revealed that nearly 80 percent of food pantries and soup kitchens across NYC have seen an increase in traffic over the last five years, since funding for SNAP was cut. The Food Bank for NYC supplies food for more than 62.5 million meals annually.

So why does the emergency need for hunger relief never seem to end?

“We’re celebrating success in the wrong way,” says Andy Fisher, the Portland, Oregon-based anti-hunger activist and author of Big Hunger: The Unholy Alliance Between Corporate America and Anti-Hunger Groups. “When success is measured by the amount of pounds you distribute and then the people you serve, it perpetuates the problem, but it’s an easier, tangible thing to measure outputs instead of outcomes.

“This is an institutionalized charitable response to a problem of wages that don’t provide enough for people to live dignified lives. Hunger is a symptom of an unjust system that exploits people and a food system that provides abundant, unhealthy, wasted food while simultaneously destroying the planet and exploiting workers.”

Much like going to the doctor when you have the flu instead of getting the flu shot to prevent it, we’ve been treating the problem instead of focusing on the prevention of food insecurity.

“I think it’s a very common misconception that people on food assistance are lazy and don’t want to work, but the majority either want to work and can’t find jobs or are working a couple of jobs just to make ends meet,” said Ashley Tyrner, founder and CEO of, Farmbox Direct, a farmers market produce delivery service.

Research by the USDA has shown that 55 percent of families on SNAP with kids are bringing home wages, while, overall, 44 percent of SNAP participants live in a household earning wages. Furthermore, a report by Feeding America found that 54 percent of all families who rely on pantries to help put food on the table have at least one member working, as do 71 percent of families with kids.

How We Create Long-Term Solutions to End Hunger

While no one has the answer to wiping out hunger, there are signs of a shift away from simply providing food and toward seeking long-term solutions.

More and more organizations, including WSCAH and City Harvest, are beginning to create programs that don’t just provide food but also offer workshops on meal planning or help connect clients with housing and job information. It’s something Tyrner, who used a short-term hunger relief program to get by when she was 27 years old, newly pregnant, and struggling to afford food, wishes had been available for her.

Tyrner is one of the success stories of food assistance programs. She credits not only finding a job that paid decent wages but also meal-planning and strict budgeting with making it possible for her to ease her way off SNAP.

In addition to their pantry and mobile market, WSCAH provides culinary and wellness programs and nutrition workshops And partners with other social service organizations to help their clients sign up for SNAP, learn about affordable housing options, and more.

Other organizations focus on making solutions to food insecurity a part of mainstream conversations about public policy. The Oregon Food Bank, for instance, donates a small percentage of its funding to public policies focused on wages, housing and immigration. Others, like the Center for Good Food Purchasing and school districts including Los Angeles and Chicago, have implemented new food- and beverage-purchasing policies that focus on foods that are produced locally and sustainably by workers who receive fair wages.

“One critical piece of the GND proposal is the call for a federal jobs guarantee, which would ensure living wages and strengthen worker rights,” say Dickinson and Lohnes in an article for Civil Eats. “Because poverty would decline when a jobs program is implemented, the overall demand for emergency food would also decline, offering food charities renewed institutional stability that would allow them more time to concentrate their efforts on community food security projects, like community farms, composting projects, and agriculture-centered youth development programs that contribute to resilient and sustainable food systems.”

None of this will happen overnight, but if the conversation shifts away from simply providing food to addressing the root causes of hunger, including wages and housing, society may be able to move away from maintaining permanent emergency hunger relief programs.

Here Are Seven Suggestions On How To Eliminate Reliance On Emergency Food:

Institute a Livable Wage Throughout the U.S.

U.S. Secretary of Food and Water

Diversify the Composition of Food Bank Board Members

Ensuring the Continued Use and Benefits of...

April 14, 2021
Subscribe To Weekly NYC Food Policy Watch Newsletter
Subscribe to our weekly email newsletter today to receive updates on the latest news, reports and event information
We respect your privacy. Your information is safe and will never be shared.