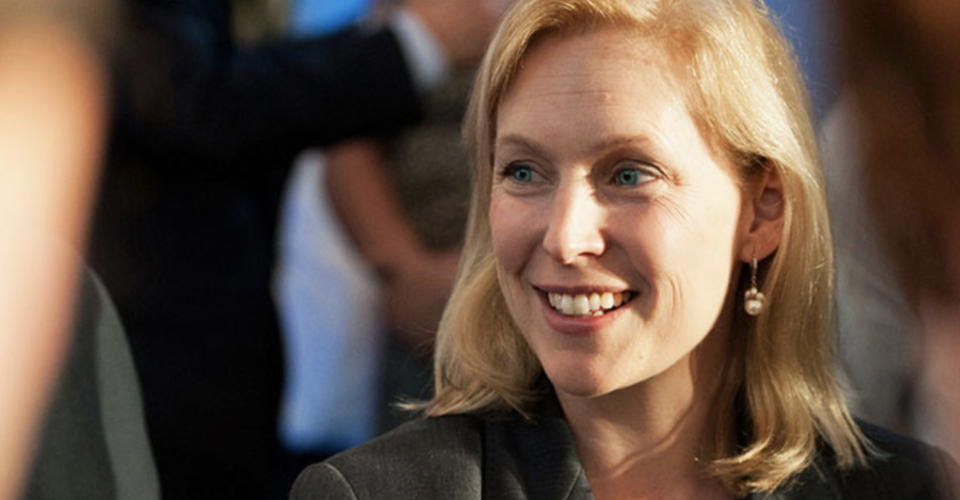 Recent Food-Related Policies She’s Supported: Senator Gillibrand was the first New York Senator in almost 40 years to join the Senate Committee on Agriculture, Nutrition and Forestry, and she uses that position to give New York’s farmers and agricultural producers a voice in Washington. She has fought for programs that would support specialty crop insurance, expand rural broadband access, and improve recovery efforts after natural disasters. She also continues to lead the fight in the Senate to protect access to healthy meals for vulnerable children, seniors, and veterans. Senator Gillibrand is a member of three Senate Agriculture Subcommittees: Livestock, Marketing, and Agriculture Security (Ranking), Nutrition, Agricultural Research, and Specialty Crops, and Commodities, Risk Management, and Trade.

A longtime advocate for child nutrition programs, Senator Gillibrand has introduced several pieces of legislation to improve the nation’s most significant nutrition program, the Supplemental Nutrition Assistance Program (SNAP). This includes the SNAP for Kids Act of 2018, which would increase the amount of SNAP benefits available to low-income families with children aged 5 through 17 years old, the SNAP Standard Medical Expense Deduction Act of 2017 to help seniors with high medical costs receive more adequate benefits, and a bill to ensure that people caring for disabled family members maintain their SNAP eligibility.

Senator Gillibrand is also a cosponsor the Anti-Lunch Shaming Act of 2019, an amendment the Richard B. Russell National School Lunch Act to prohibit the stigmatization of children who are unable to pay for meals.

In the coming weeks, Senator Gillibrand will reintroduce her bipartisan Summer Meals Act, which would help expand the number and the reach of summer feeding sites to ensure that children have access to healthy even when school is out for the summer.

Senator Gillibrand has been an active participant in policy discussions of food safety for years. In April, Senator Gillibrand announced a new bill to effectively eliminate chlorpyrifos, a pesticide sprayed on a wide variety of crops, including apples, oranges, strawberries, corn, and wheat that has been linked to developmental disabilities in children, from foods used in school meals. Senator Gillibrand’s legislation, the Safe School Meals for Kids Act, would prohibit schools from purchasing and serving food that contains even the lowest detectable amount of chlorpyrifos, which is 0.001 micrograms per kilogram, and would also require the Secretary of Agriculture to review and issue a report of compliance every two years for the following ten years. Senator Gillibrand is also a co-sponsor of legislation to ban chlorpyrifos nationwide.

In 2015, Senator Gillibrand introduced the Meat and Poultry Recall Notification Act to finally provide the USDA with the authority to mandate the recall of contaminated meat and poultry and encourage retailers to notify customers of such recalls by using a one-page Recall Summary Notice that could be prominently displayed at points of sale in stores where the product was sold.

Senator Gillibrand also fought for and passed legislation as part of the Food Safety Modernization Act (FSMA) in 2010 that requires grocery stores to tell consumers if they had purchased recalled items that could potentially make them sick. The law requires grocery stores to display recall notifications where shoppers will see them or notify shoppers through the contact information available through their customer loyalty cards so that they do not have to monitor news reports or government notification websites to learn about contaminated food.

Senator Gillibrand is committed to investing in rural communities and in protecting Upstate dairy farmers. Last year, Senator Gillibrand secured provisions in the Farm Bill to refund farmers who had paid into a failed insurance policy, expanded rural broadband, and expanded resources and investment for rural entrepreneurs. She also passed into law her Rural Jobs and Investment Act as part of the Farm Bill reauthorization. This bill created a new Department of Agriculture grant program for establishing centers or programs known as job accelerators that may provide co-working space, in-demand skills training, entrepreneurship support, and other specified services in rural communities. She also passed into law as part of the Farm Bill her Broadband Connections for Rural Opportunities Program Act (B-CROP Act), which will help encourage more high-speed broadband deployment to high-need areas by awarding grants in combination with the current loan funding available through the USDA’s Rural Utilities Service.

A full list of the legislation she has sponsored or supported can be found here. 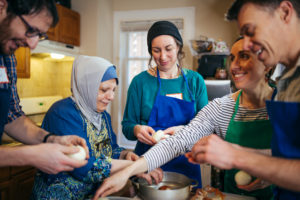 Name: League of Kitchens What They Do: The League of Kitchens is a culinary dream-team of women from around the world...
Copyright © 2019-20 Hunter College New York City Food Policy Center. All Rights Reserved.
Back to top
Subscribe To Weekly NYC Food Policy Watch Newsletter
Subscribe to our weekly email newsletter today to receive updates on the latest news, reports and event information
We respect your privacy. Your information is safe and will never be shared.