Food Policy for Breakfast, Climate Change, Food and Health: From Analysis to Action to Protect Our Futures 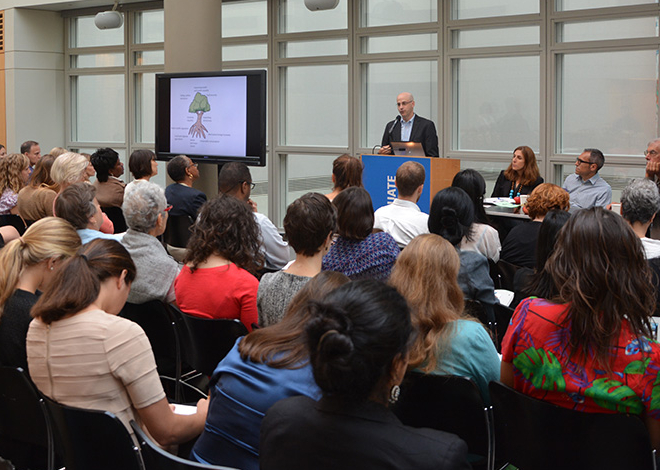 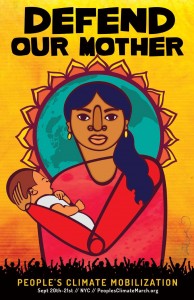 At Food Policy For Breakfast this month, the topic was Climate Change and Food. The 2014 Climate Summit at the United Nations on September 23 provides an opportunity for scientists, government leaders, activists and concerned citizens from around the world to examine the common causes and identify the actions we can take to modify the underlying causes of three intersecting crises: human-induced climate change, accelerating epidemics of chronic diseases, and growing food insecurity

At the seminar, three speakers explained the dimensions of the problem. Mia MacDonald, Executive Director of Brighter Green, discussed the impact of climate change on global food insecurity. Nevin Cohen, an Assistant Professor of Environmental Studies at The New School described how climate change influences the New York City food shed and the associated infrastructure(see below). Finally, Mark A. Izeman , Senior Attorney and Director of New York Program at the Natural Resources Defense Council explored some of the responses to climate change here in New York City.

What are the common roots of climate change, food insecurity and chronic diseases? Our economy’s continued dependence on fossil fuels ensures that carbon continues to accumulate, accelerating rising global temperatures and their impact on weather, climate and human well-being. The global energy industry from Exxon to BP to Gazprom uses its economic and political power to thwart widespread implementation of alternatives. Evidence shows that coal plays an especially important role in climate change yet countries like China, the United States and others continue to support coal production. According to Greenpeace, the fossil fuel industry is planning 14 massive coal, oil and gas projects that would produce as much new carbon dioxide emissions in 2020 as the entire US, and delay action on climate change for more than a decade.

Food Policy for Breakfast Climate Change, Food and Health: From Analysis to Action to Protect Our Futures- Resources

March 1, 2022
Subscribe To Weekly NYC Food Policy Watch Newsletter
Subscribe to our weekly email newsletter today to receive updates on the latest news, reports and event information
We respect your privacy. Your information is safe and will never be shared.