Resilience of the Yurok Tribe in the Klamath River Basin 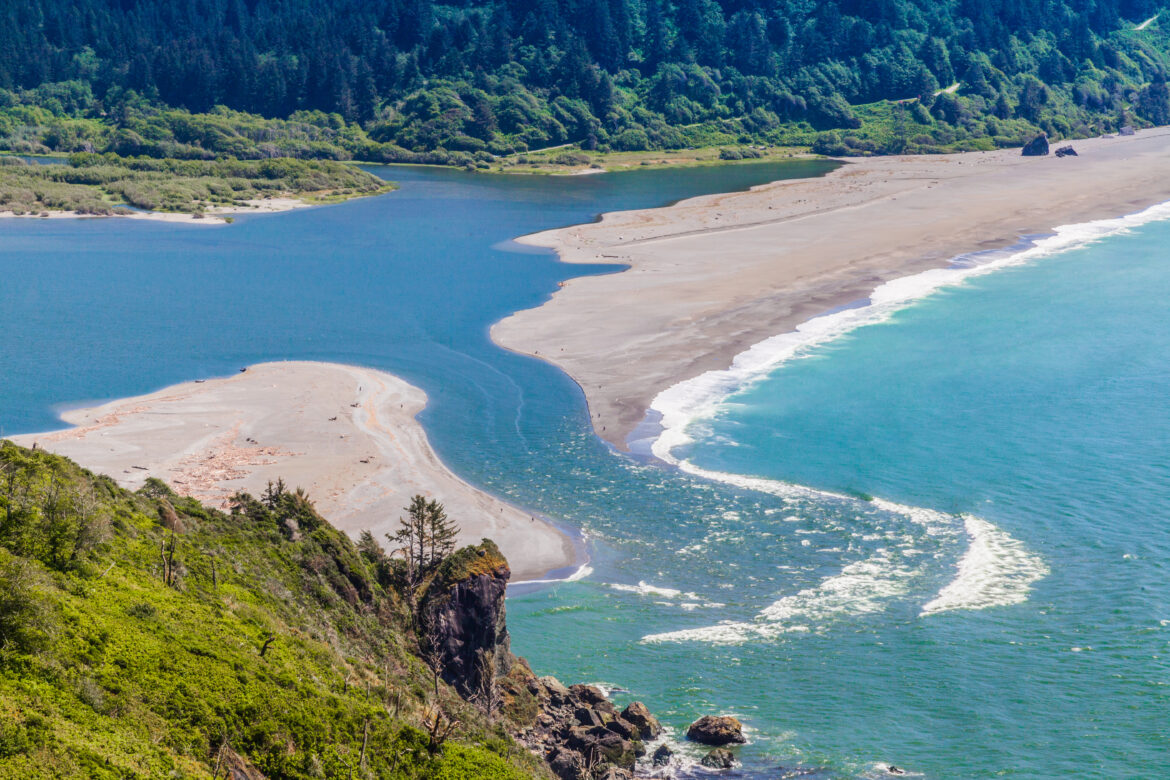 Along the Klamath River, which runs through Oregon and Northern California, is a 44-mile stretch the Yurok Tribe calls home. They’ve claimed the title “great fishermen” of the region for more than 10,000 years. However, in 2017 the USDA declared the Yurok Nation a food desert because of its extremely limited access to food. The nearest grocery store is located 24 miles away from the reservation. Additionally, the Yurok tribe’s access to their indigenous Pacific Salmon has been depleted as a result of environmental and climate change. This state of emergency was dramatically exacerbated by the COVID-19 pandemic, which has led to increased housing, health, and economic problems for the community. In 2012, the USDA implemented a project to help the Yurok Tribe develop new methods of ensuring food security and food sovereignty. Today, tribe members are finding their own methods of adapting to changes in their environment while also continuing to embrace their traditional consumption practices.

Threats Towards the Pacific Salmon and the Klamath River

The Yurok tribe has historically depended on pacific salmon as a natural source of nutrition and a staple of their cultural roots. Tribe members recall growing up with an abundant source of fish. For the Yurok Nation, the scarcity of fish in recent years targets more than just food access; it also casts a light on the importance of food sovereignty amongst indigenous tribes. Food sovereignty was defined in 2007 at the first global forum on the ongoing global struggles of food control as, “the right of peoples to healthy and culturally appropriate food produced through ecologically sound and sustainable methods, and their right to define their own food and agriculture systems.” The Nation’s access to the Klamath River provided them with culturally appropriate and nutritious food, but the construction of the Klamath River Dams, recent outbreaks of disease, and drought, have resulted in almost 97 percent of the salmon they catch being infected with ​​Ceratonova shasta. Further, because of the lack of nutritious and culturally appropriate food, Yoruk youth are experiencing a significant increase in obesity and diet-related diseases. The dramatic change in diet among tribal members along the Klamath river has resulted in 85 percent of households reporting at least one person who suffers from high blood pressure, diabetes, cavities, or obesity. For this reason, food sovereignty has become an important goal for tribal members, who are fighting to return to a sustainable and fully sovereign community.

Methods of Resiliency and Advocacy

Although the Yurok people are traditionally fishermen, drought and disease have forced the nation to adapt. In 2021, they created Ancestral Guard Victorious Garden to teach the fishermen how to farm. Here, community members grow their own food for their own household as an alternative method of procuring food. Ancestral Guard provides them with lessons based on indigenous knowledge systems and cultural consultancy. Although gardening is relatively new to the tribe, members have stated that watching a whole generation learn the craft may represent new hope for the future of the nation.

In addition, as a way to revitalize their salmon population, tribal members have advocated for dam removal in the Klamath River. In 2020, PaciCorp, the utility company that owns these environmentally disastrous dams, which were originally constructed in the early 1900s to produce hydroelectric power, announced that it would agree to the demolition of the structure — a historic triumph that took almost 20 years of relentless campaigning to achieve. With the removal of the dams, the Yurok tribe is set on nurturing and regrowing a healthy population of fish in their rivers.

To achieve that end, they have passed an ordinance that prohibits the growth, sale, or release into the region of any genetically engineered or modified plants, seeds, fish, or animals. The ordinance also protects the Yurok land from off-reservation practices surrounding the Nation’s territory that could spread and cause contamination. The Yurok people were able to include this into their ordinance due to the many tribe members that practice subsistence fishing.

To the Yurok people, the fish are more than just a means of survival. They are considered relatives and a vital part of their ecosystem. Regrowing the fish population of the Klamath River and developing new methods of food production amongst the community have paved a way for the future of sovereignty amongst the Klamath River tribes.

Learn more about the Klamath River and Yurok Food Sovereignty:

A Seat at the Table: Amplifying the...

June 24, 2020
Subscribe To Weekly NYC Food Policy Watch Newsletter
Subscribe to our weekly email newsletter today to receive updates on the latest news, reports and event information
We respect your privacy. Your information is safe and will never be shared.