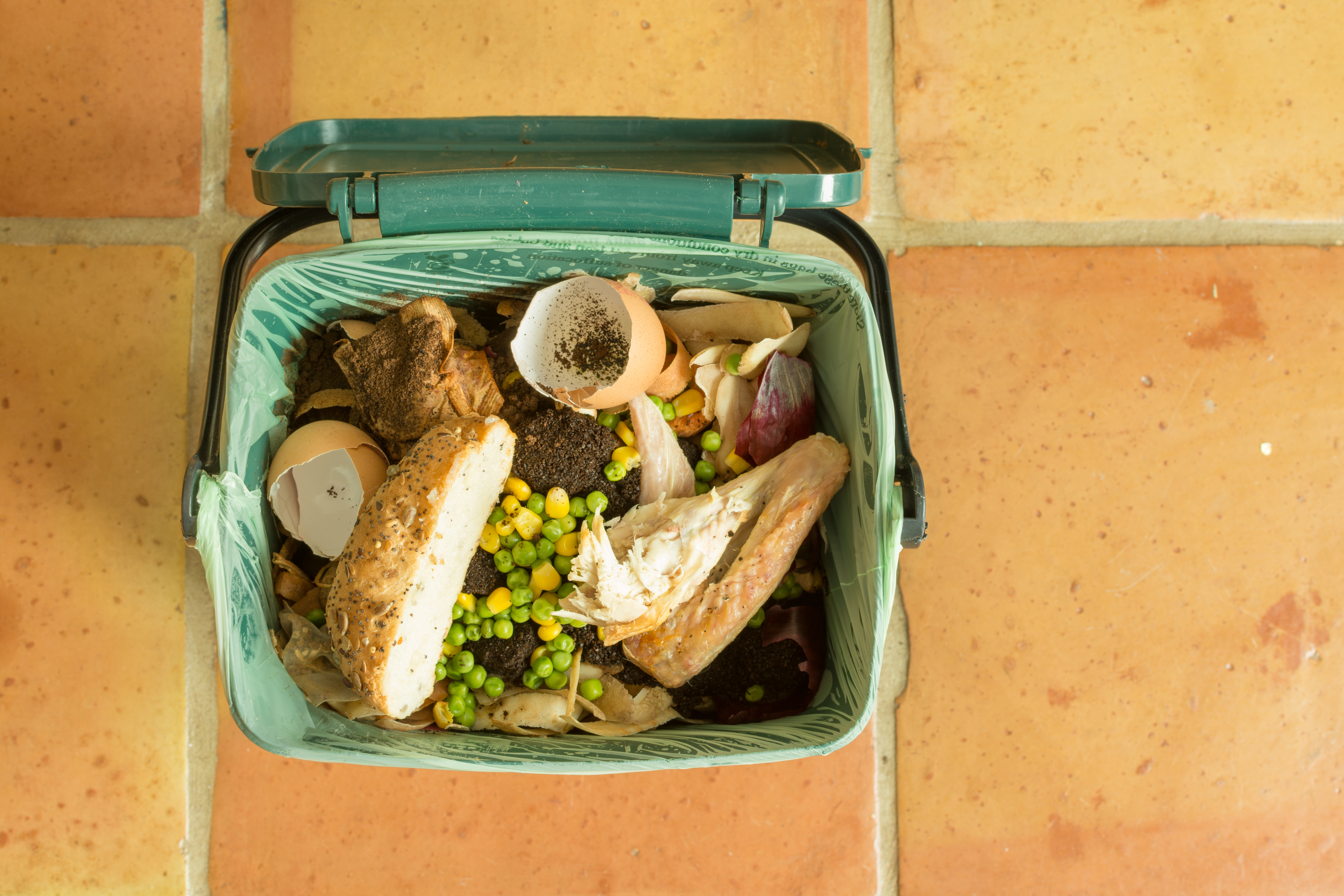 Participation in the program is voluntary. Schools and businesses in Gresham that want to participate receive free internal collection containers—bins for tossing food scraps inside the schools or business—free signs that explain how to separate waste, and free training.

All food waste from the business or school can deposited in the collection containers. Schools rely on students to separate their waste at lunchtime, and often assemble a team of student helpers to assist the youngest students in separating their trash.

Participating businesses and schools must pay a fee to have the food waste collected once a week by their waste hauler. However, the fees for collecting food waste are lower than the fees for collecting regular landfill waste. Because fees are charged based on volume, businesses can save money on their overall waste bill by having their food scraps collected separately, and reducing their garbage service.

About 80 percent of the food waste from Gresham, as well as from Portland, is taken to a plant called JC Biomethane in Junction City Oregon that converts it into biogas and then to electricity. The electricity is sent to Portland General Electric, which provides service to Portland, Gresham and surrounding areas. The other 20 percent of the food waste goes to smaller composting operations.

After the food waste is converted to biogas, nutrient-rich compost remains. This compost is used by farmers in the surrounding area.

As of 2017, there are 49 schools and businesses participating in the Gresham program. Every week, Gresham Sanitary Service, one of Gresham’s waste collectors, salvages between 20,000 and 30,000 pounds of food waste for biofuel and compost production.

The amount of food waste collected will likely increase in the near future, as the Metro government, which manages solid waste for Portland, Gresham and other Portland suburbs, considers enacting a food waste landfill ban for large commercial food waste generators.

Reducing food waste is a vital part of reducing pollution and greenhouse gas emissions. A study by the Food and Agriculture Organization of the United Nations in 2013 found that global food waste emits about 3.3 gigatons of greenhouse gases per year.

Gresham’s Plate to Power program has the potential to achieve huge reductions in food waste, because all food waste—not just fruit and vegetable scraps—can be turned into biofuel. Composting meat, dairy and food cooked with oil is challenging because these foods emit strong odors when they break down, attracting scavengers who will rob the compost of nutrients.

However, when the food scraps are broken down in large tanks, as they are at JC Biomethane, the decomposition process takes place in a controlled environment, and nutrient-rich compost remains after all the energy is collected.

The biofuels produced by food scraps can also replace “dirty” forms of energy that emit high volumes of greenhouse gases, such as coal and oil power.

The Plate to Power program has allowed Gresham to significantly reduce the amount of food waste it sends to landfills.

December 27, 2016
Subscribe To Weekly NYC Food Policy Watch Newsletter
Subscribe to our weekly email newsletter today to receive updates on the latest news, reports and event information
We respect your privacy. Your information is safe and will never be shared.