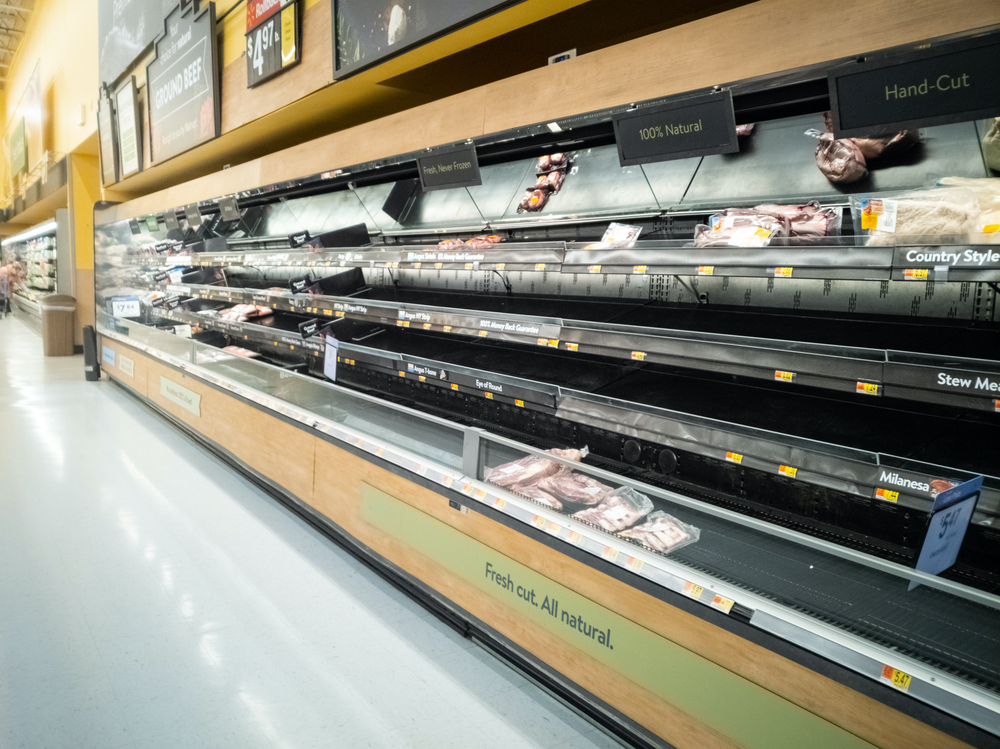 On October 13 the FDA finalized its guidance on short-term sodium reduction targets for the food industry, including.recommendations for commercially processed, packaged, and prepared foods such as salad dressing and loaves of bread. Their guidance addresses ways for food manufacturers, restaurants, and food service operators to decrease people’s average sodium intake from 3,400 milligrams to 3,000 milligrams (mg) per day over the next two and a half years. But even that amount is almost 50 percent more than the 2,300 mg limit recommended by the Dietary Guidelines for Americans. Recommendations for children are even lower.

The new guidance is based on recommendations that were published in 2016 and, after years of delay, are now receiving both praise and pushback. Public health experts are commending the FDA for taking action, but the recommendations are voluntary and predicted not to create a lot of change. Marion Nestle, the author of Food Politics, notes that mandatory reductions are more likely to make an impact in a shorter period of time. And the New York Times notes that both the National Restaurant Association and the Consumer Brands Association declined to comment on the new guidelines.

The new NRDC report, published earlier in October, aims to gather and share data about food waste at the local level in conjunction with the surplus food that could be rescued rather than wasted. The data was collected from 22 cities across the United States to estimate baseline food waste as well as “rescue potential” in various sectors of the food system.

Some of their key findings  include the fact that, sector-by-sector, food waste generation is relatively consistent across most cities, with more than one third coming from the residential sector and almost one third from restaurants. Additionally, the report found that very few cities had enough rescuable surplus food to meet the needs of the city’s meal gap, meaning that it would not fulfill the needs of all households experiencing food insecurity. Rather, results demonstrated that, on average, the amount of food available for rescue would cover just 72 percent of a city’s meal gap.

City-level policy recommendations from the NRDC’s Feeding a City: Food Waste and Food Need Across America report include:

“With holidays coming up, you might be wondering if the gifts you plan to buy will arrive on time. Today we have some good news: We’re going to help speed up the delivery of goods all across America,” – President Joe Biden, address at the White House, October 13

Since the beginning of the COVID-19 pandemic, the United States has experienced food shortages, and Americans have panicked in the empty supermarket aisles. At first, Americans were stockpiling toilet paper and hand sanitizer, and now, Bloomberg reports, they are hoarding canned goods and boxed items.This increase in demand, which has continued throughout the pandemic, is now complicated by a backlog at two of America’s major container ports in California. Retailers such as Idaho-based grocery chain Albertsons, and shelf-stable meal company Saffron Road are purchasing more inventory than usual in preparation for increased food shortages to come with winter and the holiday months. Bloomberg reports that shortages are less severe than they were at the start of the pandemic; however, consumer demand is rising as COVID-19 restrictions ease up. On social media, consumers blame the Biden administration, using a trending hashtag from earlier this month, #BareShelvesBiden, which generated tens of thousands of interactions on Facebook, Twitter, and Instagram, according to CrowdTangle, a social media insight website. Social media posts blame the Biden administration’s Build Back Better plan for food shortages across the country, despite the fact that the plan has not yet been passed by Congress.

Experts reported to USA Today that the claims tied to the #BareShelvesBiden hashtag are false. The shortages that consumers are experiencing are due to supply chain “backlogs and linkages” that began  early in the COVID-19 pandemic. Factories across the globe were closed because workers were sick or in lockdown, and in response, shipping companies reduced their schedules, making it more difficult to move goods around the world.

Fact Check: Is TikTok (Or Any Social Media Platform) a Credible Source of Health and Nutrition Information?

In the age of social media, Twitter, Instagram, Facebook, and TikTok are websites used not only to connect with family and friends or keep updated on pop culture, but also to find health information. According to the National Telecommunications and Information Administration (NTIA), more than half of American households used the internet for health-related activities in 2019. Some health information, such as drinking liquid chlorophyll or using protein powder without diluting in water, spreads rapidly and becomes a viral trend.,. However health information circulated on social media is very often inaccurate, incomplete, and even dangerous. The influencers on TikTok who encourage the use of liquid chlorophyll as a cure for acne have been cautioned  by dermatologists that doing that can cause skin damage. Doctors also began to warn against “dry scooping” protein powder after one TikTok influencer experienced a heart attack, noting the risks of choking, over-consumption injury, and death.

Trends and sensationalist news reports may disseminate incomplete, inaccurate, and misguided health information, providing information that can sometimes be dangerous. The accuracy of information published on websites and blogs is not governed by any regulatory agency, and, therefore, the information can not be confirmed as credible. The best way to obtain health information is to reach out directly to a healthcare professional. If you are seeking information online, the most credible sources can be found through government agencies such as the FDA, USDA, and the U.S. National Library of Medicine’s Medline Plus website. Using search engines such as PubMed or Google Scholar may also provide science- and evidenced-based health information.

June 9, 2016
Subscribe To Weekly NYC Food Policy Watch Newsletter
Subscribe to our weekly email newsletter today to receive updates on the latest news, reports and event information
We respect your privacy. Your information is safe and will never be shared.