The 2018 Farm Bill, Part Three: Further Challenges for the Country’s Most Food-Insecure 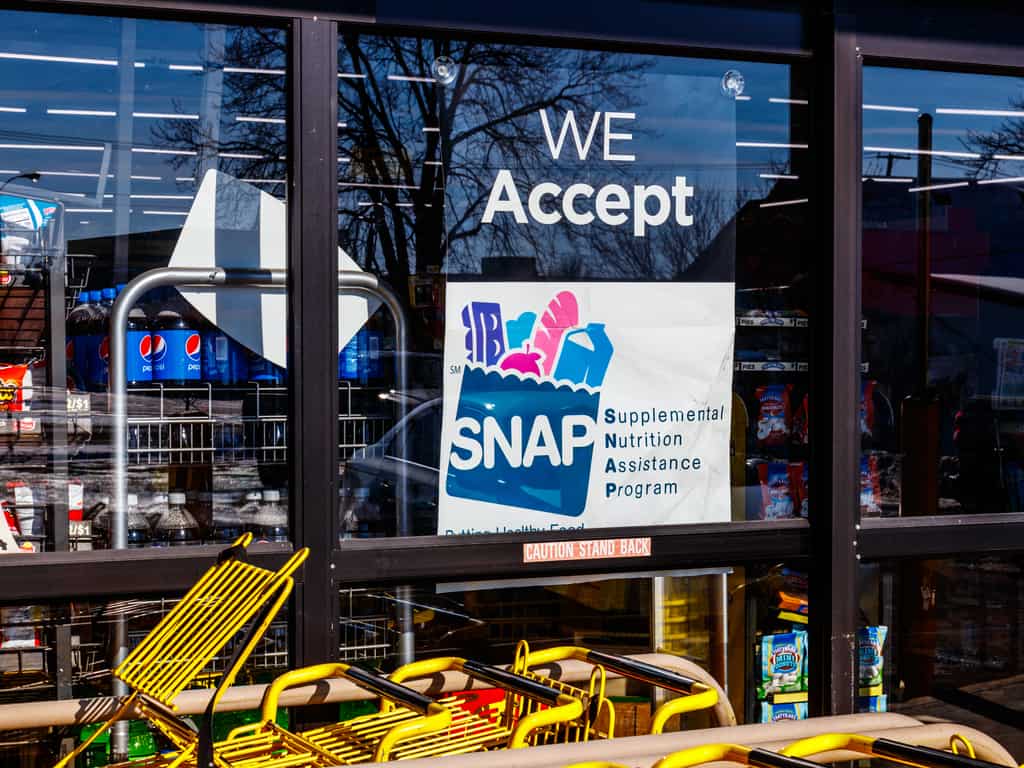 Policy Name: Title IV of the Agriculture Improvement Act of 2018, AKA the Farm Bill

Location: The 2018 Farm Bill is a bipartisan, federally-enacted law containing provisions and recommendations that will be effective on state and local levels.

Overview: Approximately every five years, the United States Congress passes a new Farm Bill whose purpose is to reevaluate the agricultural landscape of the country and determine new protections, procedures, and funding for the various players in this diverse and interwoven network of food producers, traders, and consumers. Read more about the the general purposes and development of a Farm Bill here.

Title IV of the Farm Bill covers nutrition, and with a projected budget of more than $663 billion, accounting for nearly 77 percent of total Farm Bill spending, it’s the most financially and programatically substantial title of the bill. The Nutrition Title houses the widest-reaching policy of the Farm Bill, the Supplemental Nutrition Assistance Program, or SNAP. SNAP provides qualifying low-income individuals and families with a nutritional safety net by using food vouchers and other local programs to supply nutritious meals to the nation’s most food insecure. The program is limited to households whose gross income is no more than 30 percent above the federal poverty line, and prioritizes children, seniors, and those with disabilities. Nationwide, SNAP serves about 9.5 million families. Because there were so many drastic changes to the program in this latest bill, we will focus solely on SNAP.

Program/Policy Initiated: Commonly referred to as “food stamps” SNAP has been around in one form or another since the late 1930s (you can read a history here). Any reforms or repeals made in the 2018 bill are now effective for the 2019 coverage cycle. Effective dates vary from one policy to another and changes may be enacted in waves.

Program goals: Relative to the rest of the Farm Bill, nutrition programs are those most directly aimed at addressing food insecurity in the United States by providing millions of individuals with the financial and dietary support they need.

How it works: The 2018 Farm Bill includes many amendments to national nutrition policy, and particularly to SNAP. The general plan for this cycle is to cut benefits to more than two million people and use these savings to improve the quality of the benefit allocations for those who remain covered. Here are some of the most notable changes the 2018 Farm Bill introduced to make this happen:

Progress to date: Given how recently the current bill was passed, it is too soon to know how these policy changes will affect food-insecure households.

Why it is important: National nutrition programs have long been a key part of ensuring that low-income individuals and families have access to adequate food and nutrition. These programs affect everything from undernutrition to obesity and ensuring that children have the sustenance to get through a school day.

Evaluation: Given the added restrictions in the 2018 Farm Bill, it is likely that many people will no longer be eligible for SNAP assistance. Because of work requirements alone, the Central Budgeting Office estimates that by FY2028, about 1.2 million recipients would lose benefits each month, and that savings from this would total about $14 billion over the next ten years. While many of those in favor of these changes argue that such shifts in requirements and spending will encourage employment, advocates of SNAP argue that they will likely do more harm than good and that the majority of predicted savings will actually result from sanctions rather than from a true increase in stable job enrollment.

Such drastic changes to a policy so integral to supporting some of our country’s most vulnerable beg us to think about whether these new requirements are purely pragmatic or whether they reflect a change in some notion of who does or does not deserve assistance?

Similar practices: To understand the context and significance of the changes in the 2018 Farm Bill, it is useful to compare it to previous versions. To learn more about how the 2018 bill compares to the 2014 version, check out the first resource in the “Learn more” section below.

April 21, 2020
Subscribe To Weekly NYC Food Policy Watch Newsletter
Subscribe to our weekly email newsletter today to receive updates on the latest news, reports and event information
We respect your privacy. Your information is safe and will never be shared.