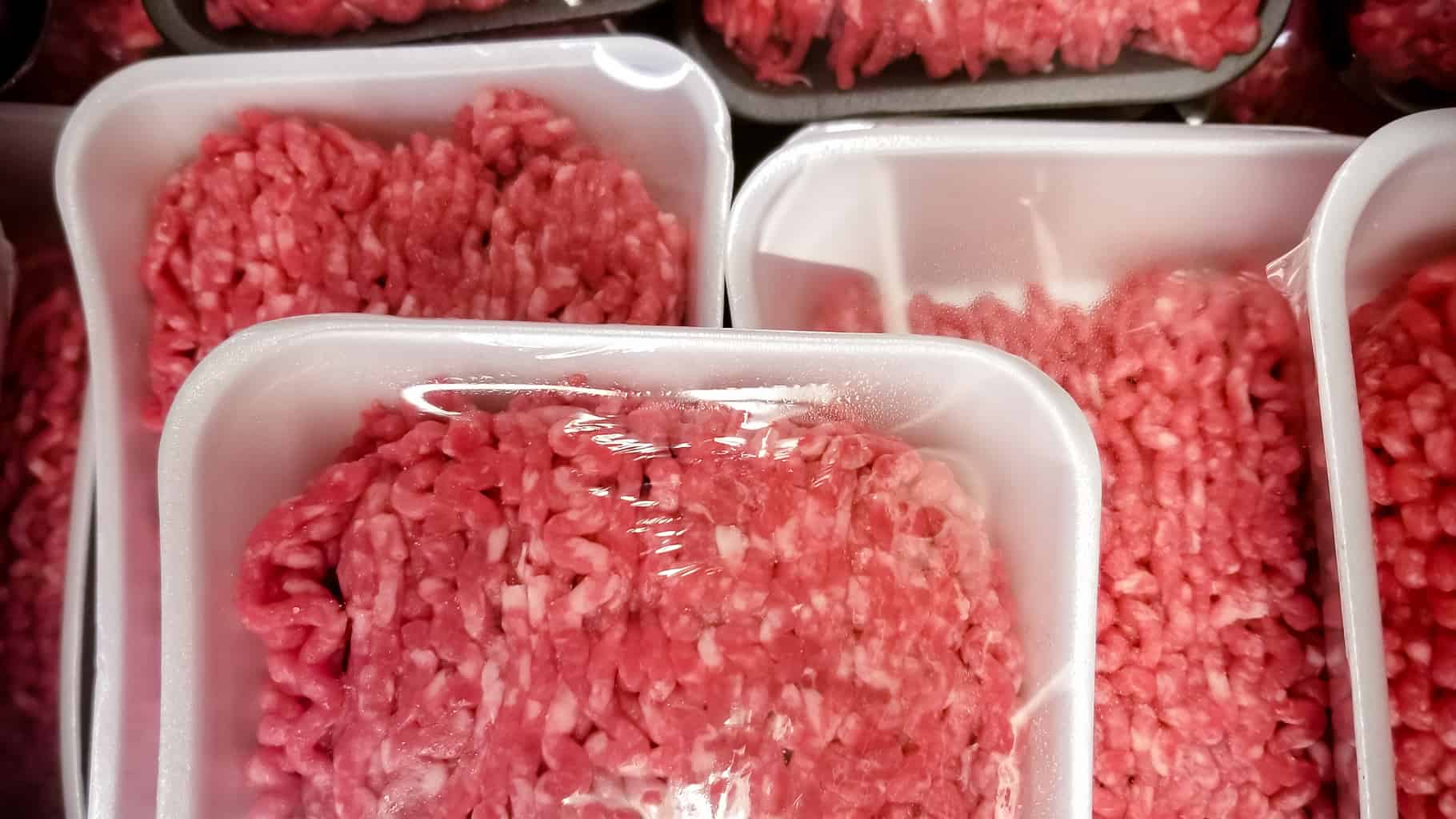 What’s hot: Infamous “Pink Slime” Can Now Be Labeled and Sold as Ground Beef, According to USDA

The USDA’s Food Safety and Inspection Service (FSIS) determined on December 21, 2018 that “pink slime” – the infamous term used to describe “finely textured ground beef” during an ABC news segment – can now be labeled and sold as ground beef. On February 7, 2019, online magazine The New Food Economy published parts of their e-mail correspondence with Beef Products Inc (BPI), the manufacturer of the product in question.

The controversy began in 2012, when ABC news released footage of meat manufacturing at BPI, a South Dakota-based meat processor. Finely textured ground beef, one of their specialties, is created from discarded beef trimmings that still contain some edible bits of meat. The result – a bright pink, fat-free paste (thus the name “pink slime”)- is used as an additive in ground beef to lower a product’s fat content. BPI estimated that their “liquid meat” was present in at least 70 percent of all ground beef sold in the U.S..

The footage sparked consumer outrage. BPI’s sales plummeted, and the processor was forced to shut down three of its four processing plants. After suing ABC news for 1.9 billion dollars (the case was eventually settled in 2017 for over 177 million dollars), BPI turned to the USDA last year to clear their name for good.

For now, finely textured lean beef/pink slime is primarily used as an additive in other ground beef products. But according to a BPI representative, technically there is nothing to stop them from selling the product on its own in supermarkets.

“…as our capabilities continued to evolve and improve, it became obvious to us that we should pursue more consumer-oriented means of delivering our lean beef to market—sometimes even directly to the consumer,” a BPI rep told the New Food Economy in February.

On January 31, 2019, a federal appeals court blocked the passage of a San Francisco law that would require health warnings on advertisements for soda and other sugar-sweetened beverages (SSBs). Under the ordinance, passed in 2015 and initially intended to take effect in 2016, billboard and poster advertisements for SSBs would have needed to include a warning stating that drinking beverages with added sugars “contributes to obesity, diabetes, and tooth decay.” The ordinance also called for warning labels to take up at least 20 percent of an SSB’s packaging. In response, the American Beverage Association, the California Retailers Association, and the California State Outdoor Advertising Association  turned to the 9th U.S. Circuit Court of Appeals to dispute the law.

The 11 judges on the court agreed unanimously that the city’s proposal violated commercial free speech laws. The judges also ruled that sugars are “generally recognized as safe” and “can be part of a healthy dietary pattern” when not consumed in excess – hence, no reason for a warning label in the first place.

John Cote of the City Attorney’s office told the San Francisco Examiner that the fight isn’t over yet: “We’re evaluating our next steps in light of this decision. But make no mistake: we’re committed to protecting the health of San Francisco residents by allowing them to get factual information.”

“Americans are being forced to play a game of Russian Roulette with the food they eat.” – Former Congressman John Dingell

Former Democratic Representative John Dingell of Michigan died on Thursday, February 7, at the age of 92. With 59 years of service to his credit, Dingell served under 11 presidents and held the record for being the longest-serving member of Congress.

Dingell played a key role in the passage of landmark legislation, including the Civil Rights Act, the Clean Water Act, Medicare, and Obamacare. He was also one of the main architects of the Food Safety Modernization Act (FSMA) of 2011, the biggest overhaul of food safety legislation since 1938. The FSMA placed a premium on prevention and required the FDA to conduct more frequent inspections of food processors and producers. At the time of its passage in 2011, it was estimated that the FDA would need $500 million of additional funds to better implement the law. As of today, Congress has allocated just under half of that amount.

“It is imperative that we not compromise public safety in the name of being penny-wise but pound foolish,” Dingell said back in 2011.

Fact Check: What Does the Green New Deal Say About Food Policy?

Representative Alexandria Ocasio-Cortez (D-NY) and Senator Ed Markey (D-MA) released their Green New Deal on February 5, 2019. The 14-page proposal was both praised and criticized for its ambition (suggestions include making the U.S. run on entirely clean and renewable energy by 2030). Given that 9 percent of greenhouse gas emissions in the U.S. come from agriculture alone, what does the Green New Deal propose for American farmers and food manufacturers?

According to the document, Ocasio-Cortez and Markey suggest “working collaboratively with farmers and ranchers in the United States to eliminate pollution and greenhouse gas emissions from the agricultural sector”; “investing in sustainable farming and land use practices that increase soil health”; and “building a more sustainable food system that ensures universal access to healthy food.” While these suggestions are vague, Civil Eats notes that the inclusion of food and agriculture in the Green New Deal is, in itself, a sign of progress. Because agriculture is so often ignored as a contributor to climate change, the more suggestions for sustainable farming and land use changes reach legislative offices, the better.

Given that the December 2018 passage of a the farm bill that mostly maintains support for industrial agriculture, Ocasio-Cortez and Markey may not see their plans implemented very soon. Regardless, Ocasio-Cortez’s chief of staff insists that “transitioning to sustainable, locally focused, ecologically responsible agriculture that drastically reduces greenhouse gases will be a crucial part of implementing a Green New Deal.”

The 2018 Farm Bill, Part Three: Further Challenges for the Country’s Most Food-Insecure

Food for All Uses Tech to Combat Hunger and Food Waste

October 28, 2015
Subscribe To Weekly NYC Food Policy Watch Newsletter
Subscribe to our weekly email newsletter today to receive updates on the latest news, reports and event information
We respect your privacy. Your information is safe and will never be shared.